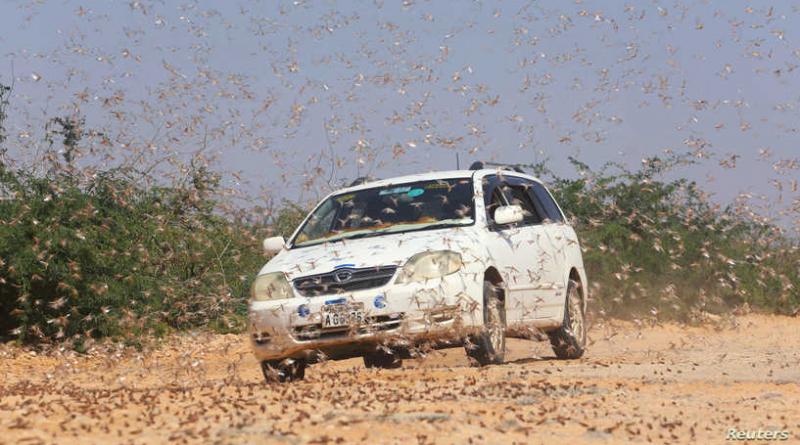 NAIROBI - Kenya said on Saturday it had started aerial spraying in three counties in the country’s north to try to head off a locust invasion which has already caused extensive damage to farmland in neighboring Somalia and Ethiopia.

In a statement, the government said swarms of desert locusts started crossing into Kenya around Dec. 28 and that the three counties of Wajir, Marsabit and Mandera were affected.

“Aerial spraying capacity has also been acquired and the aerial spraying will start today.” the statement said, adding that the invasion posed a threat to food security.

Locusts have already destroyed 70,000 hectares (175,000 acres) of farmland in Somalia and Ethiopia, threatening food supplies in both countries in the worst locust invasion in 70 years, according to the Food and Agriculture Organization (FAO).

The statement said that the government had procured 3,000 liters of chemicals to help in the spraying and added it would also distribute handheld sprayers to some residents.

The three affected counties are largely semi-arid and are occupied mostly by pastoral communities.

Kenya warms to the water hyacinth as wonder source of biofuel.