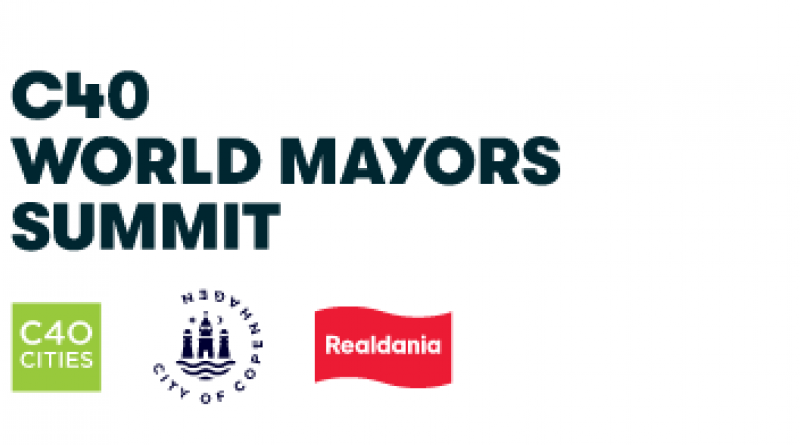 C40 Cities will create a Global Youth Initiative, bringing together leaders of climate movements from all over the world, to work with with mayors.

Mayor of Los Angeles, and Chair Elect of C40, Eric Garcetti also announced that C40 Cities, under his leadership, will create a Global Youth Initiative – to bring together these inspirational leaders of youth climate movements from all over the world, to engage with mayors, and with each other.

The proposals for bringing young people into climate decision making within cities, were made by a group of more than 100 young climate activists, meeting this week in Copenhagen, as part of the C40 World Mayors Summit. Their ideas were developed through a day long ‘takeover’ of Copenhagen City Hall.

The Global Green New Deal, which was announced by C40 mayors, led by Mayor Garcetti and Mayor Hidalgo at a press conference in Copenhagen City Hall, will see mayors putting inclusive climate action at the center of all urban decision-making. It represents a decisive move by the world’s climate leaders – including mayors, youth activists, and leaders from business, organised labour and civil society to give hope that the future we want is possible – by taking responsibility for putting the world on a path to achieve the emissions reductions needed to keep global heating below 1.5°C, while building a world where everyone can thrive. It is mayors and cities’ answer to the fundamental question that young people around the globe are asking: ‘Is there going to be a human civilisation in the future and is there a place for me in it?’

“Young climate leaders have insipred the world’s imagination with their uncompromising vision for a peaceful future unburdened by the climate crisis,” said Mayor of Paris, and C40 Chair, Anne Hidalgo. “With courage, conviction, and maturity beyond their years, their message to world leaders could not be clearer. As mayors, it is our duty, responsibility and privilege to support them in creating the future they want.”

“I am very happy that the summit has gathered young climate activists from the whole world,” said Lord Mayor of Copenhagen Frank Jensen. “With their dedication they have succeeded in setting the green agenda not only for a new generation – but for all of us. Let’s work together to create the future we want: a more green, healthy and sustainable world.”

Jamie Margolin, Zero Hour Founder & Co-Executive Director, said: “This era is for everyone. It is not just for the United States, it is not even about a specific piece of legislation, it is about a global change of values, ideals, and ways of relating to each other and the earth. What we need worldwide is more than sustainability, because we cannot sustain the destruction we are causing to the earth, or the capitalism making our leaders dizzy with fantasies of endless economic growth that is simply not possible on our earth. We need the era of the green new deal, and it's coming globally.”

*Youth leaders and mayors, including C40 Chair and Mayor of Paris, Anne Hidalgo; Lord Mayor of Copenhagen, Frank Jensen; Mayor of Seattle, Jenny Durkan; and Mayor of Freetown, Yvonne Aki-Sawyerr, and gathered together to talk about leaders’ response to the climate emergency ahead of coming together for a climate march later today.

You can watch the press conference here:

Around the world, C40 Cities connects 94 of the world’s greatest cities to take bold climate action, leading the way towards a healthier and more sustainable future. Representing 700+ million citizens and one quarter of the global economy, mayors of the C40 cities are committed to delivering on the most ambitious goals of the Paris Agreement at the local level, as well as to cleaning the air we breathe. The current chair of C40 is Mayor of Paris Anne Hidalgo; and three-term Mayor of New York City Michael R. Bloomberg serves as President of the Board. C40’s work is made possible by our three strategic funders: Bloomberg Philanthropies, Children’s Investment Fund Foundation (CIFF), and Realdania.

Mayors of Copenhagen, Oslo and Stockholm Commit to Clean Construction.

Watch now: "I made a decision to protect the only place I call home: Earth."