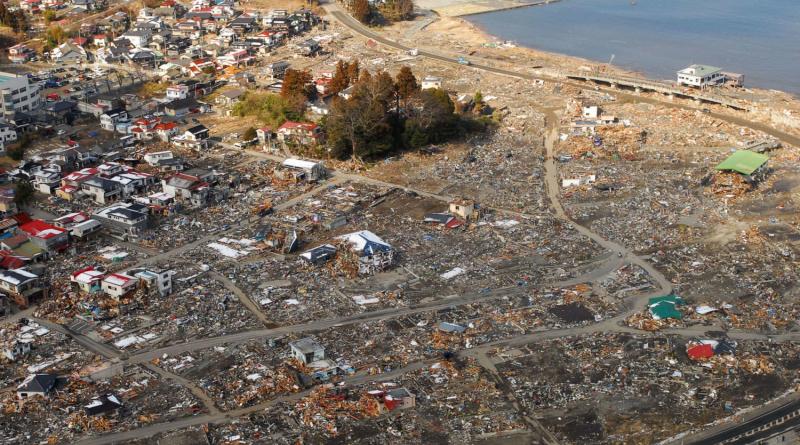 How does one renew an area devastated by nuclear waste? I think of brilliant Akira Kurosawa’s film Dreams. One of the dreams depicts the horror and abyss after the fallout of a nuclear accident.

Indeed, in real life, there are farmlands in Japan that are ruined, land that cannot be cultivated anymore. The Nikkei Asian Review reports mountainous areas where population outflows continue.

Yet, in that film, renewable energy is also depicted. And this is relevant with the present metamorphosis of Fukushima.

In land that is too altered, destroyed, and toxic after the 2011 meltdown at the Fukushima Nuclear Dai-ichi Power Station in Japan, not much can be done. The installation of windmills and solar panels is a possibility in some places, though.

It seems a short time has passed since the earthquake and tsunami that broke open what should not be vulnerable, leading to horrific consequences. Eight years after Japan survived one of our world’s worst disasters, the area is still struggling to recover.

One are of Japan is morphing again out of death to life via clean, renewable energy. The Nikkei Asian Review reports planning for 11 solar power plants and 10 wind power plants in a prefecture once considered lost. The combined renewable energy investments will provide ~600 megawatts of power generation capacity, equivalent to two-thirds of a nuclear power plant in the area.

The Nikkei Asian Review states, “The total cost is expected to be in the ballpark of 300 billion yen, or $2.75 billion, until the fiscal year ending in March 2024. The government-owned Development Bank of Japan and private lender Mizuho Bank are among a group of financiers that have prepared a line of credit to support part of the construction cost.”

The plans also include the anticipation of an 80-km wide grid within Fukushima to connect the generated power with the power transmission network of Tokyo Electric Power Co. The Nikkei Asian Review adds that that part of the project is expected to cost 29 billion yen ($266.6 million).

There has been an ongoing shift towards clean energy in Japan in the past decade, as in most places but accelerated a bit more due to the Fukushima disaster. The Japan Times clearly foresees, as the Fukushima prefecture announced, a goal of getting 40 percent of its electricity from renewables by 2020, two-thirds by 2030, and 100 percent by 2040.

“With technological support from the institute, a support program for local businesses in the quake- and tsunami-damaged areas is being carried out and human resources are being developed in collaboration with local universities. As a result, there have been 107 joint research projects implemented and nine successful examples of commercialization,” said Masaru Nakaiwa, the institute’s director-general, in an email interview with The Japan Times.