This is the most sobering report card yet on climate change and Earth’s future. Here’s what you need to know 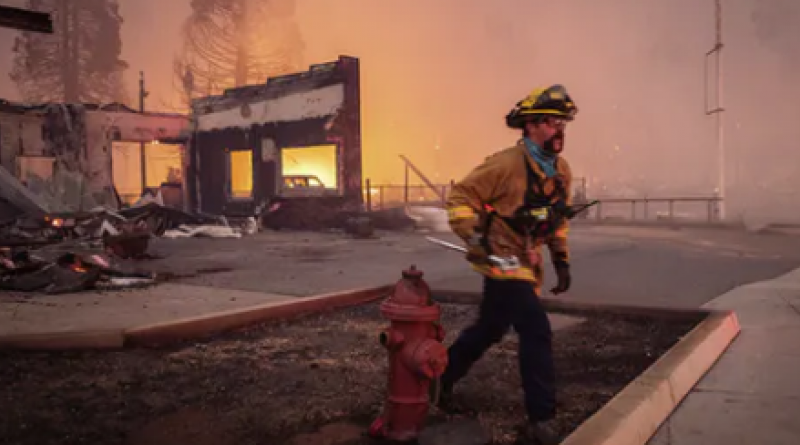 Earth has warmed 1.09℃ since pre-industrial times and many changes such as sea-level rise and glacier melt are now virtually irreversible, according to the most sobering report yet by the Intergovernmental Panel on Climate Change (IPCC).

The long-awaited report is the sixth assessment of its kind since the panel was formed in 1988. It will give world leaders the most timely, accurate information about climate change ahead of a crucial international summit in Glasgow, Scotland in November.

The IPCC is the peak climate science body of the United Nations and the World Meteorological Organization. It is the global authority on the state of Earth’s climate and how human activities affect it. We are authors of the latest IPCC report and have drawn from the work of thousands of scientists from around the world to produce this new assessment.

Sadly, there is hardly any good news in the 3,900 pages of text released today. But there is still time to avert the worst damage, if humanity chooses to.

For the first time, the IPCC states unequivocally — leaving absolutely no room for doubt – humans are responsible for the observed warming of the atmosphere, lands and oceans.

The IPCC recognises the role of natural changes to the Earth’s climate. However, it finds 1.07℃ of the 1.09℃ warming is due to greenhouse gases associated with human activities. In other words, pretty much all global warming is due to humans.

Global surface temperature has warmed faster since 1970 than in any other 50-year period over at least the last 2,000 years, with the warming also reaching ocean depths below 2,000 metres.

The frequency and intensity of heavy precipitation events have increased over most land areas. This is because the warmer atmosphere is able to hold more moisture — about 7% more for each additional degree of temperature — which makes wet seasons and rainfall events wetter.

Present-day global concentrations of atmospheric carbon dioxide (CO₂) are higher and rising faster than at any time in at least the past two million years.

About 85% of CO₂ emissions are from burning fossil fuels. The remaining 15% are generated from land use change, such as deforestation and degradation.

Concentrations of other greenhouse gases are not doing any better. Both methane and nitrous oxide, the second and third biggest contributors to global warming after CO₂, have also increased more quickly.

Extreme weather on the rise

Hot extremes, heatwaves and heavy rain have also become more frequent and intense across most land regions since 1950, the IPCC confirms.

The report highlights that some recently observed hot extremes, such as the Australian summer of 2012–2013, would have been extremely unlikely without human influence on the climate.

Human influence has also been detected for the first time in compounded extreme events. For example, incidences of heatwaves, droughts and fire weather happening at the same time are now more frequent. These compound events have been seen in Australia, Southern Europe, Northern Eurasia, parts of the Americas and African tropical forests.