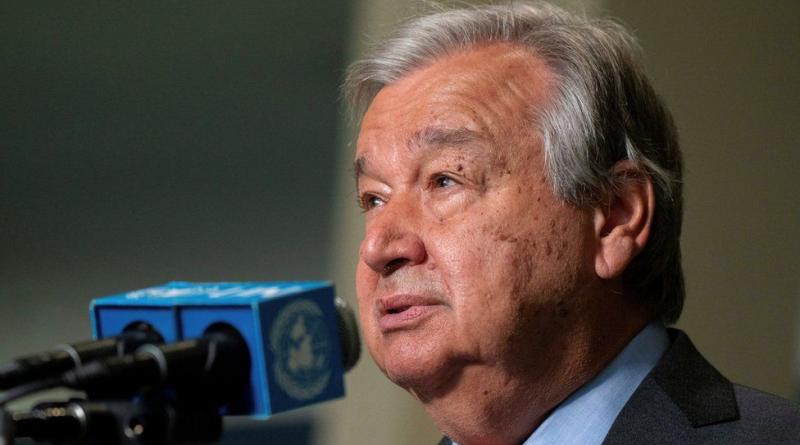 The world is one misstep from devastating nuclear war and in peril not seen since the Cold War, the UN Secretary General has warned.

"We have been extraordinarily lucky so far," Antonio Guterres said.

Amid rising global tensions, "humanity is just one misunderstanding, one miscalculation away from nuclear annihilation", he added.

His remarks came at the opening of a conference for countries signed up to the nuclear Non-Proliferation Treaty.

The 1968 deal was introduced after the Cuban missile crisis, an event often portrayed as the closest the world ever came to nuclear war. The treaty was designed to stop the spread of nuclear weapons to more countries, and to pursue the ultimate goal of complete nuclear disarmament.

Almost every nation on Earth is signed up to the NPT, including the five biggest nuclear powers. But among the handful of states never to sign are four known or suspected to have nuclear weapons: India, Israel, North Korea and Pakistan.

Secretary General Guterres said the "luck" the world had enjoyed so far in avoiding a nuclear catastrophe may not last - and urged the world to renew a push towards eliminating all such weapons.

"Luck is not a strategy. Nor is it a shield from geopolitical tensions boiling over into nuclear conflict," he said.

And he warned that those international tensions were "reaching new highs" - pointing specifically to the invasion of Ukraine, tensions on the Korean peninsula and in the Middle East as examples.

He also threatened anyone standing in Russia's way with consequences "you have never seen in your history". Russia's nuclear strategy includes the use of nuclear weapons if the state's existence is under threat.

On Monday, Mr Putin wrote to the same non-proliferation conference Mr Guterres opened, declaring that "there can be no winners in a nuclear war and it should never be unleashed".

But Russia still found itself criticised at the NPT conference.

US Secretary of State Antony Blinken condemned what he called Russia's sabre-rattling - and pointed out that Ukraine had handed over its Soviet-era nuclear weapons in 1994, after receiving assurances of its future security from Russia and others.

"What message does this send to any country around the world that may think that it needs to have nuclear weapons - to protect, to defend, to deter aggression against its sovereignty and independence?" he asked. "The worst possible message".

Today, some 13,000 nuclear weapons are thought to remain in service in the arsenals of the nine nuclear-armed states - far lower than the estimated 60,000 stockpiled during the peak of the mid-1980s.

UN warns of ‘looming hunger catastrophe’ due to Russian blockade