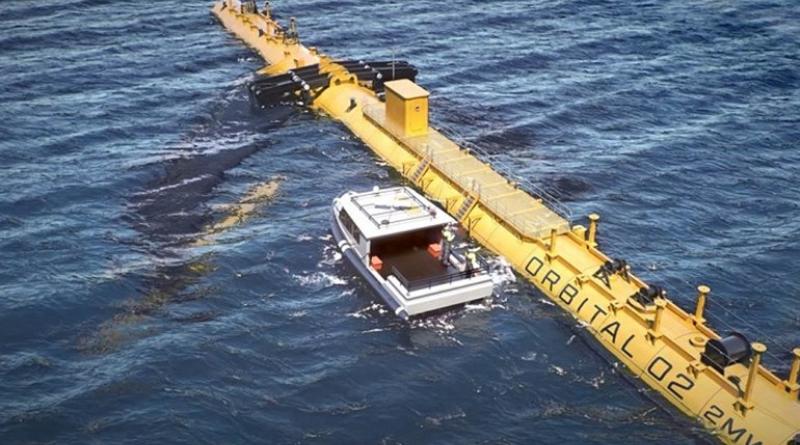 A major documentary on climate change, featuring Orkney’s pioneering marine energy work, is set to be premiered at the Cannes Film Festival next week.

Ice on Fire has been produced by Leonardo DiCaprio and is also narrated by the actor, who has a strong interest in climate change and ecological issues.

Directed by Leila Conners, the documentary will air on the HBO channel in the US in June.

Conners and the documentary’s director of photography, Harun Mehmedinovic, filmed the Orkney segment of Ice on Fire in 2017, focusing on Orbital Marine Power’s tidal turbine and the work of the European Marine Energy Centre (EMEC).

Filming in the islands was supported by the Digital Media Orkney Project, which is funded by Leader and co-managed by Highlands and Islands Enterprise and Orkney Islands Council.

Conners said: “Orkney was an incredible location and the renewable energy technologies in Orkney are unparalleled, truly.

“We had a very good shoot on board the SR2000 with James Murray and Chris Milne of Orbital Marine Power, and Neil Kermode was kind enough to give us a tour of EMEC, a very rational and good idea to help new tidal technologies get started.

“As such we were impressed with the support for tidal which can be such a powerful addition to solving climate disruption.

EMEC managing director Neil Kermode said: “EMEC were delighted to support the Ice on Fire documentary, which has allowed us to share the important work being carried out at our state-of-the-art wave and tidal test sites.

“Mankind’s use of technology got us into this dangerous position and new technologies and new thinking will need to get us out of it.

“We firmly believe marine renewables will be part of that technical fightback.”

Orbital Marine Power chief executive Andrew Scott said: “Our ambition at Orbital is to unlock a totally new form of predictable renewable energy such that harnessing it can play an important part in moving the world to a more sustainable future.

“To that end: the more exposure and awareness we can have around our innovative low carbon technology and what it can do the better.

“So, we are delighted to be featured in Ice on Fire and look forward to the documentary leading to an increased enthusiasm and commitment for making tidal energy a global reality.”

Ice on Fire will premiere at the Grand Theatre Lumiere, Cannes, on 22 May.

Tidal wave of MPs call for step-change in state support for marine renewables.