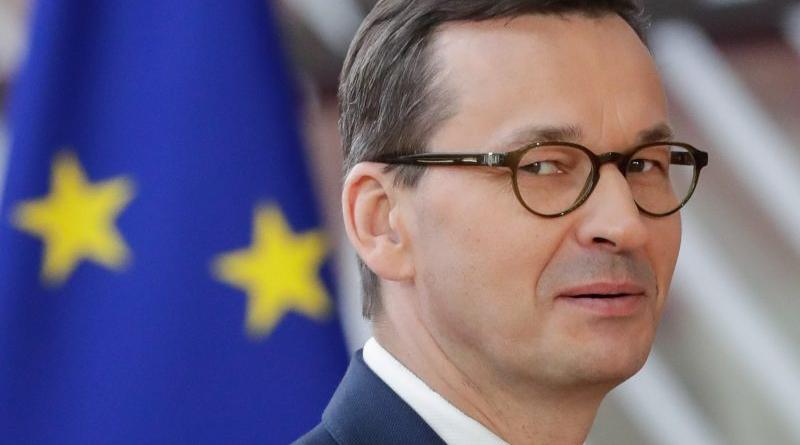 Poland was one of four member states to block a deal on net zero emissions at the last meeting of national leaders in June. Finland has made strengthening climate ambition top priority for its 6-month presidency of the European Council, with the next moment to broker a settlement in October.

But the timing of Polish elections in late autumn and simultaneous wrangling over the EU budget mean Warsaw is unlikely to arrive ready to compromise.

Lidia Wojtal, a former Polish negotiator, told Climate Home News that Poland “will not agree to carbon neutrality by October”.

“I don’t see how Poland will agree to lose this very strong negotiating position before the budget is agreed,” she said, adding that a deal was more likely to be found at the following council meeting in December or early 2020.

Negotiations over the 2021-27 EU budget are expected to be tough. Under initial proposals, Poland faces a 23% cut to “cohesion” funds, a pot for regenerating economically depressed regions. It is the biggest loser in a redistribution of tight funds from east to south.

Meanwhile, the coal-dependent country is wary of the impact of tougher climate targets on its mining communities and wider economy. The opposition Civic Coalition has said it would phase out coal by 2040, but the ruling Law and Justice party still sees the fuel supplying 60% of electricity in 2030.

Szymański said a “climate compromise [with the EU] is definitely possible” but would require “a clear structure of burden sharing between sectors, citizens, regions and member states and a detailed compensation mechanism” for the social cost of the energy transition.

Elsewhere in the Polish government, there was a recognition of the pressure to get on board with faster climate action.

In a press conference on Wednesday, Polish environment official and president of last year’s UN climate summit Michał Kurtyka said there were “a lot of discussions” within the Polish government on the issue. “We are aware that there is a very high political and social expectation in many member states.”

That expectation is also reflected in the European Parliament. Progressive lawmakers demanded stronger climate commitments from Ursula von der Leyen as a condition for backing her nomination to lead the European Commission on Tuesday.

The German politician pledged to legislate on carbon neutrality by 2050, deepen the EU’s emission reduction target to at least 50% by 2030 and create a “just transition” fund.

That last promise met a call from Poland for support to coal mining regions and others suffering from the shift to clean energy, as part of its input into the bloc’s industrial strategy. It could make up for some of the country’s losses from the cohesion fund – and was apparently enough for the Polish leadership to endorse von der Leyen’s nomination.

However, a Polish source told CHN that while just transition funding might be taken as compensation for net zero, raising the 2030 target was an extra ask. “Poland has never accepted to raise its target by 2030. This is another point of pressure that Poland can use as leverage.”

The government’s climate stance was “very emotional”, they added, and it had a tendency to decide its negotiating position late in the day.

There could also be trade-off between the climate agenda and moves by Brussels to defend the Polish judiciary from political interference. The commission is pursuing action against Warsaw over judicial reforms it says undermine the rule of law.

“I think [the government] would be ready to sacrifice their stance on carbon neutrality if that means they are left alone on the rule of law. To be excluded from institutional control is much more important than carbon neutrality for them,” a former Polish official said, “because that is going to happen anyway”.

Oskar Kulik, climate and energy policy officer at WWF Poland, said the momentum behind net zero had taken the government by surprise and it had yet to work out the full implications.

The Polish government did not respond to a request for comment in time for publication.

As negotiations on the EU’s next long-term budget continue, EU countries are jockeying for funding opportunities to assist them in the transition to clean energy. A number of schemes are being envisaged to ensure the transition leaves no-one behind as industrial sectors such as coal and automotive face closures or deep restructuring.

How to fix Eastern Europe’s problem with 2050 climate neutrality

A radical, one might say populist, solution to solve the Eastern blockade on climate neutrality would be to set up a European Climate Solidarity Fund, writes István Bart.