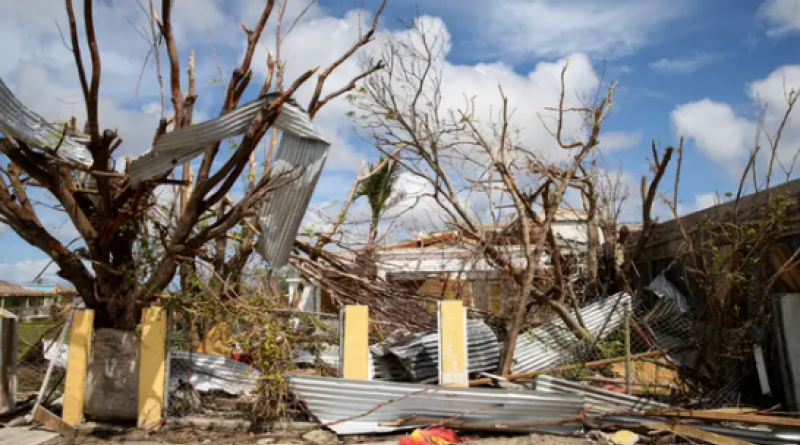 One of the biggest issues at Cop26 is climate finance, the funding that is supposed to be provided by the rich world to developing countries to help us cut greenhouse gas emissions and adapt to the impact of the climate crisis.

These sorts of sums might sound small compared to what big countries are spending on Covid, but they would make a huge difference to us on the ground. The extreme weather that has been seen around the world in the past year, follows years of hurricanes, tropical storms, floods, droughts and all sorts of damage, which were caused by climate heating – as the Intergovernmental Panel on Climate Change has made clear.

Keep in mind that this promised climate finance is additional to what developing countries are spending on the climate themselves. An increasing proportion of national budgets are used dealing with the effects of the climate crisis – such as coping with natural disasters or repairing the damage.

We understand that developed countries are busy, putting their own economies back in order after Covid, and that’s why we have not had much progress on climate finance ahead of this Cop. But $100bn is a drop in the ocean, and that figure is not the only story here: the money is not spread evenly.

The biggest developing countries take most of the available funds. They can attract funding easily and have the infrastructure and renewable energy projects, such as wind farms and solar, that need investment and make a profit – which investors like.

But for us, who are nano-emitters on a global scale, cutting emissions is not a priority. Adaptation is.

What is worse, a lot of the money is coming in the form of loans, not grants – about two-thirds of climate finance is loans. This is creating a climate debt trap. We are already in a debt trap because of Covid, and it’s getting worse. How do you expect us to take on more loans, get ourselves even deeper into debt, for something we did not cause in the first place?

The UN secretary-general, António Guterres, has called for 50% of climate finance to go to adaptation, which would benefit us and ensure that more of the money is spent with the least developed countries, not just the middle-income countries.

Here’s another idea: developed countries could agree debt-for-adaptation swaps. So instead of developed countries insisting that we repay our current loans in hard currency, which is difficult for us, those repayments could be converted into local currency and spent locally on adaptation. That would boost our economy, save us from having to raise hard currency to repay loans, and make us better able to withstand extreme weather. This idea has been put forward by Germany and we hope other countries will take it up.

Developing economies need a fairer way to help them decarbonise.