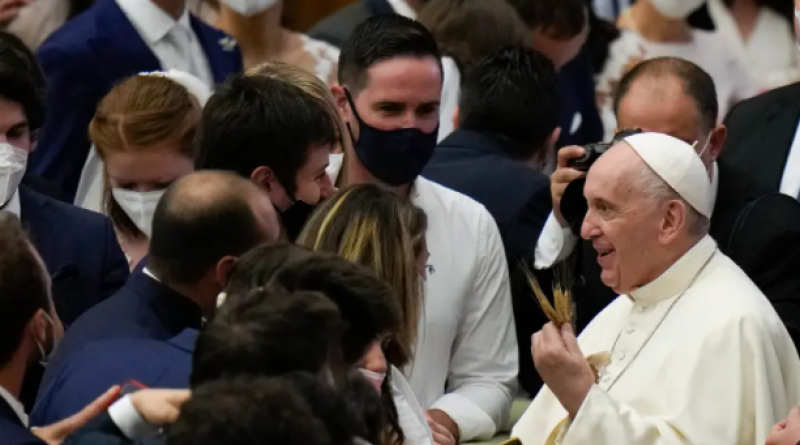 Francis offered a video message to a three-day youth climate gathering in Milan that has drawn some 400 activists, including Greta Thunberg of Sweden and Vanessa Nakate of Uganda. The Youth4Climate summit is sending recommendations to the United Nations climate summit in Glasgow, Scotland, that begins Oct. 31.

Francis thanked the activists for their “dreams and good projects” and encouraged them to form an educational alliance to help “rebuild the fabric” of humanity through care for the planet.

“This vision is capable of challenging the adult world, for it reveals that you are prepared not only for action, but also for patient listening, constructive dialogue and mutual understanding,” he said.

Francis has made care for “our common home" of the Earth a hallmark of his papacy and devoted an entire encyclical to the issue in 2015. The Scottish bishops conference has said it expects Francis to attend the Glasgow climate summit, though the Vatican hasn’t yet confirmed his presence.

“It is time to take wise decisions so that we can make use of the many experiences gained in recent years, in order to make possible a culture of care, a culture of responsible sharing,” Francis said in the message.

In the opening day of the summit, Thunberg and Nakate chastized political leaders for their “blah blah blah" promises and told them time was running out to do something about climate change.

Pull investments from companies not committed to environment, pope says.