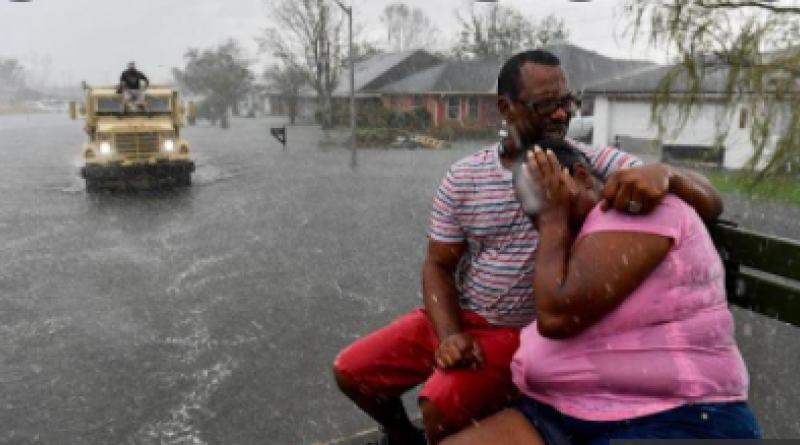 Rapid climate action could spare nearly two billion people from being exposed to tropical cyclones by the end of the century, a new study concludes.

The research finds global heating and population growth will cause millions more to face major tropical cyclones, known as hurricanes in the North Atlantic and typhoons in the northwest Pacific Ocean, over the coming decades.

However, meeting the Paris Agreement’s aspiration of limiting heating to 1.5C above pre-industrial levels would see 1.8 billion people spared from storm exposure, when compared to a scenario based on countries’ current climate pledges, the study finds.

“Rapid climate action can save a lot of people from the effects of tropical cyclones – it can save them from death, strong economic damages and forced migration,” Dr Tobias Geiger, study lead author and climate scientist at the Potsdam Institute for Climate Impact Research, told The Independent.

“We focus on tropical cyclones, but this message holds for all sorts of extreme events.”

Science shows that the climate crisis is already altering the magnitude, frequency and behaviour of tropical cyclones.

A study published in 2020 found that major tropical cyclones have become 15 per cent more likely over the past four decades. And a second study published last year found global heating is causing hurricanes to stay at their most destructive level for longer.

The new study, published in the journal Nature Climate Change, combines global projections for future storm increases with those for population growth.

It uses multiple different scenarios for both global heating and population growth.

This includes a scenario where the world successfully limits global heating to 1.5C by 2100 and one where countries instead meet their current climate pledges, which would result in around 3C of warming by the end of the century.

The findings show that early action on the climate crisis could greatly stem the number of people facing tropical cyclones over the coming decades, said Dr Geiger.

“Timing is key, in terms of impact,” he said. This is because the global population is expected to peak around the middle century before declining again by 2100.

“By taking rapid action to postpone warming, you will have less people living at that time to be exposed.”

The findings also show that storm exposure increases will be concentrated in East Africa and the Arab Peninsula.

“This is because of climate change but also because they will see rapid population growth,” said Dr Geiger.

The findings come just a few weeks ahead of Cop26, the global climate summit taking place in Glasgow.

A recent UN analysis found countries’ current climate pledges would see global emissions rise by 16 per cent by 2030, when compared to 2010. For the world to have a chance at keeping temperatures to 1.5C, emissions would need to fall by 45 per cent by 2030.

Tropical Storms Are Getting More Intense Due to the Climate Crisis.