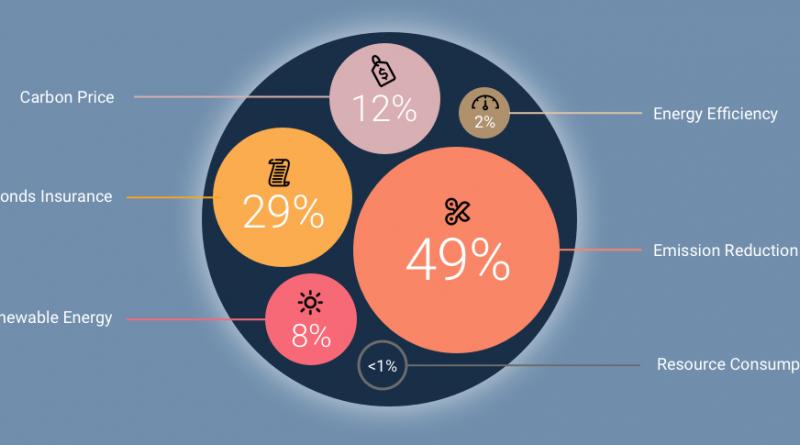 Bonn, 17 September – Today, the Global Climate Action portal – previously known as NAZCA (the Non-State Actor Zone for Climate Action) – relaunches with a new interactive map and country profile pages. As the portal’s landing page, this map makes it easy for users to navigate cross-sector climate commitments from around the world.

As inked in the Paris Agreement, and made clear from scientific consensus, global warming must remain as close as possible to 1.5°C if humanity is to avoid the most catastrophic impacts of climate change and achieve the Sustainable Development Goals.

To help the world to reach these objectives, governments, the private sector and civil society organizations are implementing actions to reduce their carbon footprint and to make transitions to less polluting, green economies.

The portal plays an important role in showcasing the climate commitments that are taking place around the world and across all sectors of society and, by celebrating the progress in climate action, it encourages more ambition and engagement from a wide range of actors ahead of the 23 September UN Climate Action Summitin New York, the UN Climate Change Conference COP25 and beyond.

Accordingly, weblinks to relevant plans – known as National Determined Contributions (NDCs) and, where applicable, Long Term Climate Action Strategies – will be positioned alongside the commitments of non-Party stakeholders located or headquartered in that country.

In so doing, the re-energized portal will recognize the achievements of governments, and other actors, who are working today to implement the Paris Agreement, by transforming the world’s economic, transport, food and land systems.

The intention is to offer governments, policymakers and other users a snapshot of climate action undertaken at a national level, which can inspire the replication of initiatives in other countries and help identify the potential for further collaboration across other sectors of society.

As the world looks to implement the Paris Agreement after 2020, the portal will therefore help highlight the importance of all actors working in partnerships to collectively step up the pace of change and thereby safeguard the future prosperity of people and the planet.

A further update to the portal will coincide with the United Nations Climate Action Summit in New York on 23 September, when a dedicated ‘summit page’ will be launched to capture the initiatives that will be presented to the Secretary-General in the General Assembly Hall.

The Summit is rallying world leaders to focus on increasing the ambition of climate commitments and to adequately respond to the ecological crisis facing our planet. The United Nations Secretary-General, António Guterres, has said that “beautiful speeches are not enough.” The portal will therefore serve as the repository for all genuine actions pledged.

Looking to the future, the portal seeks to track the progress of commitments in order to guide the implementation phase of the Paris Agreement post-2020 and towards the global stocktake in 2023, which will assess the collective progress that has been made toward full decarbonization by 2050.

About the Global Climate Action portal

Launched by UN Climate Change (UNFCCC), Peru and France in 2014, the portal was born from the realization that addressing climate change will take ambitious, broad-based action by all sectors of society, public and private.

It helped to build momentum for and support the adoption of the Paris Agreement at the UN Climate Change Conference COP21 in 2015. With the portal’s inclusion in the outcome, countries welcomed the efforts of these actors to scale up their climate actions and encouraged the registration of these actions on NAZCA.

About the UNFCCC With 197 Parties, the United Nations Framework Convention on Climate Change (UNFCCC) has near universal membership and is the parent treaty of the 2015 Paris Climate Change Agreement. The main aim of the Paris Agreement is to keep a global average temperature rise this century well below 2 degrees Celsius and to drive efforts to limit the temperature increase even further to 1.5 degrees Celsius above pre-industrial levels. The UNFCCC is also the parent treaty of the 1997 Kyoto Protocol. The ultimate objective of all agreements under the UNFCCC is to stabilize greenhouse gas concentrations in the atmosphere at a level that will prevent dangerous human interference with the climate system, in a time frame which allows ecosystems to adapt naturally and enables sustainable development.