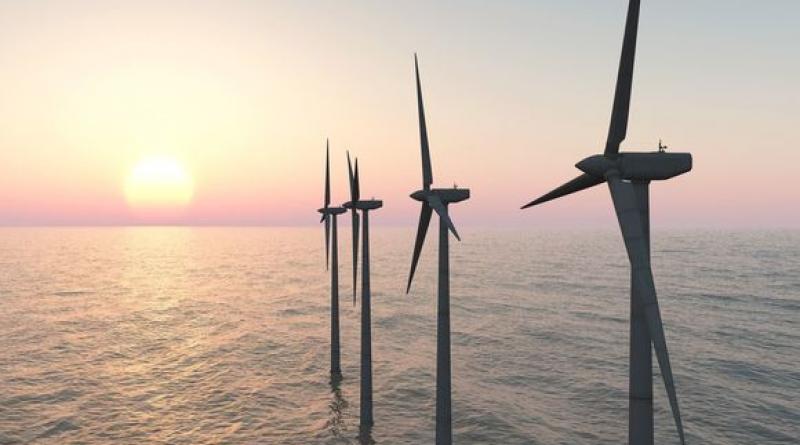 The UK has risen to become the seventh most attractive destination in the world for renewables investment this year, with green energy finance picking up pace despite Brexit casting a shadow of uncertainty over the economy.

While investment in other parts of the economy has stalled due to the ongoing lack of clarity over the UK's future relationship with the EU, today's latest assessment from consultancy EY indicates investor support for renewables is in fact increasing.

The news follows the results of the UK's latest Contracts for Difference (CfD) auction for renewable electricity in September, which saw record low prices offered by investors and developers to build 6GW of new offshore wind at below £40 per MWh.

On specific renewables technologies, meanwhile, EY places the UK second in the world for offshore wind investment attractiveness - just behind the US in first place - but fifth in the world for onshore wind, trailing the US, China, Finland, and France. The UK also sits in fourth place for biomass, 36th place for solar PV, and 13th for geothermal power, the Index shows.

Now in its 17th year, EY's bi-annual Index report ranks 40 countries on the attractiveness of their renewable energy investment and deployment opportunities.

Once again it placed China at the top this year, due to the sheer size of its investments. Globally, China remains top of the Index even despite a reported 39 per cent reduction of investments in the country during the first half of this year, triggered by its shift from feed-in tariffs to auctions for new wind and solar capacity, according to EY.

The US also remains just behind in second place, with its strong offshore wind pipeline buoying up the future market, while solar and onshore wind markets continue to benefit from tax credit subsidies, EY said.

Other countries faring well in the latest Index include Spain, Vietnam and Poland, which EY said were all benefitting from growing solar markets.

However, with such enormous need for capital to build out more renewables and decarbonise the world's energy sources, he said new investment models would need to emerge and evolve over time.

"Achieving net zero emissions is challenging, but attainable, if we start now," said Laclau. "This presents a transformative opportunity for the energy industry. It is time to shed the stereotype of being slow to change, show strong leadership and take strong action on multiple fronts - including deploying new technologies, investing in energy efficiency and advocating for carbon pricing."

It comes amid further positive news for the wind power industry, with a new study yesterday finding global wind speeds have increased rapidly across the globe over the past decade, which could spur an increase in wind power output by over a third in the next decade.

The Cardiff University study, published in the journal Nature Climate Change, analysed data from over 9,000 weather stations across Europe, North America and Asia between 1978 and 1917, and found that a previous trend of declining wind speeds has reversed since 2010.

While slower wind speeds observed before 2010 had been of significant concern to the global wind power industry, the study found wind speeds have since increased at a rapid rate, and should the trend continue could amount to a rise in wind power output of 3.3 million kWh in 2024.

"This rapid increase in global wind speeds is certainly good news for the power industry," said co-author of the study Dr Adrian Chappell from Cardiff University's School of Earth and Ocean Sciences. "The reversal in global terrestrial stilling bodes well for the expansion of large-scale and efficient wind power generation systems in these mid-latitude countries in the near future."

However, he explained that the shift in wind speeds was likely due to changes in large-scale ocean and atmospheric circulation patterns, and that wind speed patterns would therefore probably see a return to declining wind speeds again in future.

The study therefore recommends that learning to anticipate future changes in wind speeds should be a priority for the wind power industry.

Scotland Could Leave the United Kingdom Over Brexit—and Green Energy.