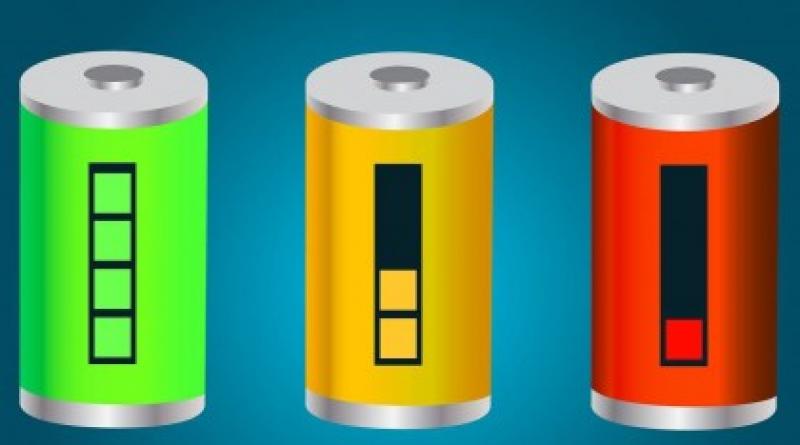 Solid-state sodium-ion batteries are far safer than conventional lithium-ion batteries, which pose a risk of fire and explosions, but their performance has been too weak to offset the safety advantages. Researchers Friday reported developing an organic cathode that dramatically improves both stability and energy density.

The improved performance, reported in the journal Joule, is related to two key findings:

+ The resistive interface between the electrolyte and cathode that commonly forms during cycling can be reversed, extending cycle life, and

+ The flexibility of the organic cathode allowed it to maintain intimate contact at the interface with the solid electrolyte, even as the cathode expanded and contracted during cycling.

Yan Yao, associate professor of electrical and computer engineering at the University of Houston and corresponding author of the paper, said the organic cathode - known as PTO, for pyrene-4,5,9,10-tetraone - offers unique advantages over previous inorganic cathodes. But he said the underlying principles are equally significant.

"We found for the first time that the resistive interface that forms between the cathode and the electrolyte can be reversed," Yao said. "That can contribute to stability and longer cycle life." Yao also is a principal investigator at the Texas Center for Superconductivity at UH. His research group focuses on green and sustainable organic materials for energy generation and storage.

Yanliang "Leonard" Liang, a research assistant professor in the UH Department of Electrical and Computer Engineering, said that reversibility of the interface is the key, allowing the solid-state battery to reach a higher energy density without sacrificing cycle life. Normally, a solid-state battery's ability to store energy is halted when the resistive cathode?electrolyte interface forms; reversing that resistance allows energy density to remain high during cycling, he said.

Lithium-ion batteries with their liquid electrolytes are able to store relatively high amounts of energy and are commonly used to power the tools of modern life, from cell phones to hearing aids. But the risk of fire and explosion has heightened interest in other types of batteries, and a solid-state sodium-ion battery offers the promise of increased safety at a lower cost.

One issue raised by a solid electrolyte: the electrolyte struggles to maintain intimate contact with a traditional rigid cathode as the latter expands and contracts during battery cycling. Fang Hao, a PhD student working in Yao's group, said the organic cathode is more pliable and thus able to remain in contact with the interface, improving cycling life. The researchers said the contact remained steady through at least 200 cycles.

"If you have reliable contact between the electrode and electrolyte, you will have a great chance of creating a high-performance solid-state battery," Hao said.

University of Virginia School of Engineering

Through thick and thin: Neutrons track lithium ions in battery electrodes
Charlottesville, VA - Lithium-ion batteries are expected to have a global market value of $47 billion by 2023. They are used in numerous applications, because they offer relatively high energy density (storage capacity), high operating voltage, long shelf life and little "memory effect" - a reduction in a rechargeable battery's maximum capacity due to incomplete discharges in previous uses.

However, factors such as safety, charge-discharge cycling and operating life expectancy continue to limit the effectiveness of lithium-ion batteries in heavy-duty applications, such as for powering electric vehicles.

Researchers from the University of Virginia School of Engineering are employing neutron-imaging techniques at Oak Ridge National Laboratory to probe lithium-ion batteries and obtain insights into the electrochemical characteristics of the batteries' materials and structures.

Their research, published in the Journal of Power Sources, focused on tracking the lithiation and delithiation - or charge and discharge - processes in lithium-ion battery electrodes using thin and thick sintered samples of two electroactive materials, lithium titanate and lithium cobalt oxide.

"When electrodes are relatively thick, transport of lithium ions through the porous material and separator architecture can limit charge and discharge rates," said Gary Koenig, an associate professor of chemical engineering at UVA Engineering.

"To develop methods of improving lithium ion transport through an electrode's porous void regions filled with electrolyte, we need to first be able to track the transport and distribution of the ions within a cell during the charge and discharge processes."

According to Koenig, other techniques such as high-resolution X-ray diffraction can provide detailed structural data during electrochemical processes, but this method typically averages relatively large volumes of the material. Similarly, X-ray phase imaging can visualize salt concentrations in battery electrolytes, but the technique requires a special spectrochemical cell and can only access composition information between the electrode regions.

"Lithium has a large absorption coefficient for neutrons, which means that neutrons passing through a material are highly sensitive to its lithium concentrations," said Ziyang Nie, lead author and graduate student in Koenig's group.

"We demonstrated we could use neutron radiographs to track in situ lithiation in thin and thick metal oxide cathodes inside battery cells. Because neutrons are highly penetrating, we did not have to build custom cells for the analysis and were able to track the lithium across the entire active region containing both electrodes and electrolyte."

Comparing the lithiation process in thin and thick electrodes is essential to aid understanding of the effects of heterogeneity - local variations in mechanical, structural, transport and kinetic properties - on battery life and performance. Local heterogeneity can also result in non-uniform battery current, temperatures, state of charge and aging. Typically, as the thickness of an electrode increases, so do the detrimental effects of heterogeneity on battery performance. Yet, if thicker anodes and cathodes could be used in batteries without impacting other factors, it would help increase energy storage capacities.

"Our immediate goal is to develop a model to help us understand how modifying the structure of an electrode, such as changing how the material is oriented or distributed, could improve ion transport properties," Koenig said. "By imaging through each sample at different points in time, we were able to create 2-D maps of lithium distribution. In the future, we plan to rotate our samples within the neutron beam to provide 3-D information that will reveal in more detail how heterogeneity impacts ion transport."

Batteries are key to clean energy — and they just got much cheaper.

Levelized Cost of Energy for Lithium-Ion Batteries Is Plummeting.