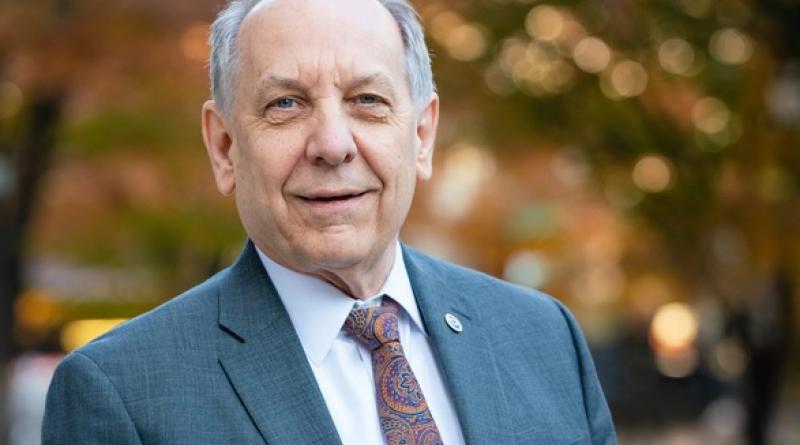 For as long as he can remember, Louis Uccellini wanted to be a meteorologist.

To ultimately have the opportunity to direct the National Weather Service for nine years was far beyond those boyish dreams, said Uccellini, 72, who retired Jan. 1 after 32 years with the agency and 43 years in public service.

"It was just phenomenal," he said. "I looked forward to it every day."

He led the service during a period when the nation’s weather became more extreme under the influence of the warming climate, and he oversaw leaps forward in technological improvements — though one of the biggest tempests he faced involved an erroneous forecast and a black marker pen.

"Sharpiegate," as it came to be known, happened in 2019 after President Donald Trump tweeted a list of states threatened by Hurricane Dorian and included Alabama, though that hadn't been part of the forecast. That prompted calls to the weather service office in Birmingham, which tweeted that Dorian was not expected to hit Alabama.

During the ensuing brouhaha, the weather service’s parent agency, the National Oceanic and Atmospheric Administration, issued a statement defending the president’s claim. The president also displayed a forecast track map that appeared to have been altered with a marker to include Alabama.

Uccellini talked with USA TODAY about his recollections of that event, the changing climate and more. Pride swelled in his voice when he spoke about the agency's 4,400 employees in more than 150 offices stretching from Guam to Puerto Rico.

“The commitment to mission and dedication to public service is off the charts,” he said of his colleagues. “And that's what brings them to work everyday. It's a really amazing group of people."

The rest of the conversation, edited for clarity and length, is below:

Q. How challenging is it to prepare for weather extremes that occur more often?

A. When we start getting these extreme events at a magnitude that we haven't observed before, it’s very hard to get people to respond to something that they've never seen before.

The rainfall in New York (from Hurricane Ida) was the perfect example of that. Two weeks before Ida, they set a record hourly rainfall rate of 1.9 inches and had some flooding in the city. But when you got to Ida, we broke the record with over three inches per hour. That amount of rainfall literally swamped the infrastructure, and we saw impacts from that kind of rainfall rate that we’ve never observed before.

So this is the challenge that we’re facing in getting people prepared, and it’s tough, not only to be forecasting, but also messaging the uncertainties associated with an event like that because if one aspect of that process kind of falls apart and you don’t get the extreme events, then people come at with you with overhyping an event. So that reduces people’s certainty in responding the next time it happens.

It's an ongoing challenge. But it's also what's essential for meeting the weather service mission of saving lives, protecting lives and property.

Q. What do you think about the relationship of these extreme weather events to climate change?

A. The weather service mission is not directly related to climate change, but that doesn’t mean as physical scientists we’re not interested in what’s going on, with the realization that as climate change has become more obvious in terms of the warming Earth, some of the hypotheses that were offered by the climate scientists in the 1990s are actually playing out. One of them is the increase in precipitation rates because a warmer atmosphere will hold more water vapor.

We’re certainly seeing extreme events like flooding rainfall. We predict amounts at levels that we haven’t predicted before, and the events still give us more rain than we predicted, even with this idea that these rainfall rates have increased.

And that’s just one example. The droughts that are lasting longer. The fires that are consuming these dried out fuels. These fires are burning hotter and moving faster than ever before. That is a big challenge for us. And it’s a big challenge, getting a community prepared.

It used to be that communities weren’t evacuated until the fire came over the hill, then they’d start moving people out. They’re evacuating communities now two to three days before a projected blowup of a fire because the winds are going to be hurricane force. It’s going to be so hot, that the dryness of the fuel is going to be so volatile, that you can’t wait for the fire to appear because it’s going to burn too fast, it’s going to move so fast, so all of this is providing challenges for us.

Of course the hurricanes, we’re seeing more of them. There’s still some debate about exactly how it’s related to climate change, but there’s some fundamental physics going on here, of a warmer atmosphere and warmer ocean providing more fuel for these hurricanes. And we have to deal with the effects of those hurricanes making landfall on an ocean that’s also rising because of climate change, so that affects our surge forecast.

Q. Given the technological advances you expect, what do you see as the role of the human forecaster going forward? Does it go away?

A. The role of the human will not go away. Because remember, we’re affecting the decisions being made by other human beings who want to understand the uncertainty that you're bringing to the process.

What new technology is going to do is bring additional information to the table, but the human is going to still have to work in partnerships with those who are making decisions based on that information. And I know that people in the forecast offices are busier today already because of that, and they will continue to be busy as they're interacting and collaborating, not only internally, to make sure that we have a consistent forecast, but also with those who are making decisions on the ground to save lives and protect property. So I don't see the role going away at all.

Q. After the flooding in August in Waverly, Tennessee, weather service meteorologists said finer resolution models are needed to provide better local forecasts. What are your thoughts?

A. They are absolutely right. We predicted heavy rainfall, but we got heavier rainfall. We predicted floods, but the floods were worse. This is part of that climate change, but it’s the internal physics of clouds and the water on the ground. All of these factors are at play. We have to deal with a whole spectrum of science challenges as we try to move this forward.

It takes three factors to make for successful modeling. One is global observations, two is the science of modeling and the use of those observations and three is the big computers.

We’re in the midst of a major transition in our central computers. We are going to have a 3.5-fold increase in computing capacity with this next upgrade. So it’s going to allow for increased resolution, and you also get the improved science.

So I’m really optimistic from, you know, from a modeling perspective that we’re well-positioned on improving existing models and introducing new ones to deal with those kinds of issues.

Q. You remember the Sharpie incident and the horrified reaction from weather service employees to NOAA’s statement afterward. In retrospect, would you do anything different?

A. It was the biggest leadership challenge that I ever faced in my career. I wouldn’t do anything differently. It was very clear that the forecast office in Birmingham and all the forecast offices were working the right way with respect to the physical and social sciences.

Clearly we needed to support the forecasters, and that was my decision right from the beginning.

The first thing I did (when the NOAA statement was being released) was call the (meteorologist in charge) in the Birmingham office. I had about a 10-minutes heads-up that this was going to happen. I wanted to make sure that he understood when he heard that message, that it wasn’t coming from the leadership of the weather service, and secondly we had their back. As it turns out, I had a speech already scheduled for Monday in Alabama, in Huntsville at the National Weather Association Conference. So whatever I was going to speak to got thrown out the window, and I wrote that speech. And that speech was to recognize them for the great work they did, and that they did the right thing. And they were recognized at that conference accordingly.

Even as the leader of the National Weather Service I did not interfere with the forecast process. And it's a collaborative process amongst them. They come out with their best decision, and while the storm system is in action there's never, in my recollection, and I've been in the weather service since 1989, a phone call made that says ‘Oh no, no, you gotta change that. You gotta do this.’ We don’t interfere.