Rewilding 30 per cent of world’s land would halt extinctions and ‘absorb half of CO2 emissions’, major study finds 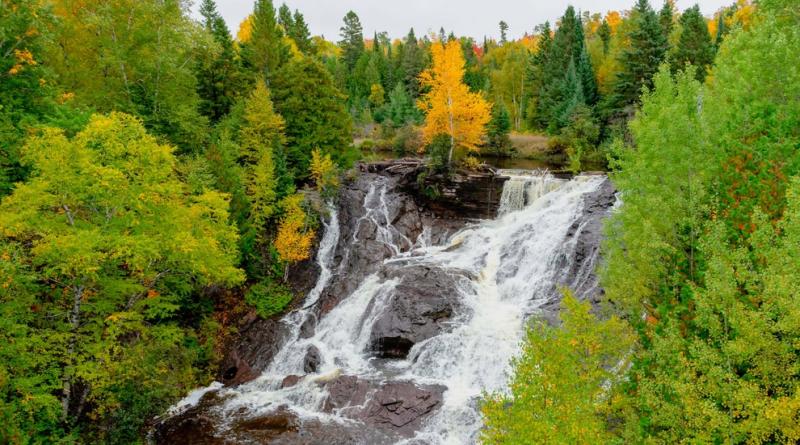 Last month, political leaders from 64 countries around the world all pledged to “reverse biodiversity loss” in the next decade by protecting 30 per cent of land and ocean by 2030.

This 30x30 goal aims to preserve lands, waterways and seas, in order to protect the natural world and fight the climate crisis.

A new study highlights the huge impact returning 30 per cent of ecosystems to their natural state would have, both in terms of saving huge numbers of species, and in reducing levels of the dangerous greenhouse gas carbon dioxide in the atmosphere.

Some 27 researchers from 12 countries contributed to the report, which assessed forests, grasslands, shrublands, wetlands and arid ecosystems.

They found protecting 30 per cent of priority areas, together with protecting ecosystems still in their natural form, would stave off more than 70 per cent of projected extinctions and soak up more than 465 billion tons of carbon dioxide— equivalent to reducing all the carbon that has built up in our atmosphere over the last two centuries by 49 per cent.

“Pushing forward on plans to return significant sweeps of nature to a natural state is critical to preventing ongoing biodiversity and climate crises from spinning out of control,” said Bernardo Strassburg, the lead author of the research.

“We show that if we're smarter about where we restore nature, we can tick the climate, biodiversity and budget boxes on the world's urgent to-do list.”

By identifying exactly which destroyed ecosystems across the world should be restored, without impacting agricultural production, the study is the first of its kind to provide global evidence that where restoration takes place has the most profound impact on the achievement of biodiversity, climate and food security efforts.

The research team said restoration can be 13 times more cost effective when it takes place in the highest priority locations.

The study is also the first to focus on the benefits of restoring both forest and non-forest ecosystems on a global scale.

“Previous research has emphasised forests and tree planting, sometimes at the expense of native grasslands or other ecosystems, the destruction of which would be very detrimental for biodiversity and should be avoided,” said Dr Strassburg.

“Our research shows that while reviving forests is critical for mitigating global warming and protecting biodiversity, other ecosystems also have a massive role to play.”

The report builds on the UN's dire warnings that we're on track to lose 1 million species in coming decades and that the world has mostly failed in its efforts to reach biodiversity targets in 2020, including the goal to restore 15 per cent of ecosystems worldwide.

Ahead of the Convention on Biological Diversity (CBD) COP15 in Kunming, China, in 2021, nations are now re-doubling efforts to stave off mass extinctions.

It is hoped a new global framework to protect nature will be signed at the summit.

The new research, which includes a co-author from the CBD, will inform the discussion around restoration and offer insight into how reviving ecosystems can help tackle multiple goals.

Using mapping technologies alongside analysis which showed where the fastest gains could be made, the researchers assessed 2,870 million hectares of ecosystems across the world that have already been converted to farmland.

Of these, 54 per cent were originally forests, 25 per cent grasslands, 14 per cent shrublands, 4 per cent arid lands and 2 per cent wetlands.

They then evaluated these areas of land based to determine which would deliver the most benefits for biodiversity and carbon at the lowest cost when restored.

However, national boundaries and how each country tackles the biodiversity crisis pose significant issues.

Acting on a global level — unconstrained by national boundaries — researchers were able to model solutions which could deliver over 90 per cent of the potential benefits of rewilding for biodiversity, 82 per cent of the climate mitigation benefit, and also reduce costs by 27 per cent, be taking action in the most suitable areas.

However, when the research team looked at the benefits if the restoration were to take place at the national level, which means that each country would restore 15 per cent of its forests, they saw a reduction in biodiversity benefits by 28 per cent and climate benefits by 29 per cent, and a rise in costs of 52 per cent.

“These results highlight the critical importance of international cooperation in meeting these goals,” said Dr Strassburg.

Responding to concerns that restoring ecosystems could encroach on land needed for crop production, the researchers calculated how many ecosystems could be revived without cutting into food supplies.

They found 55 per cent, or 1.6 million hectares, of ecosystems that have already been converted to farmlands, could be restored without disrupting food production.

They said this could be achieved through “well-planned and sustainable intensification of food production”, but this must also be in tandem with a decline in food waste and a shift away from foods such as meat and cheese, which require large amounts of land and therefore produce disproportionate greenhouse gas emissions.

“As government officials gradually refocus on global climate and biodiversity goals, our study provides them with the precise geographic information they need to make informed choices about where to restore ecosystems,” said Professor Robin Chazdon, one of the report authors.

The scientists said their approach is attracting the attention of policymakers, NGOs and the private sector due to the substantial cost-benefit increase of restoration efforts.

“Restoration, when well-coordinated and carried out in combination with the protection of intact ecosystems and the better use of agricultural lands, is an unmatched — though currently underused — solution,” they said.

The research is published in the journal Nature.