Rise of renewables may see off oil firms decades earlier than they think. 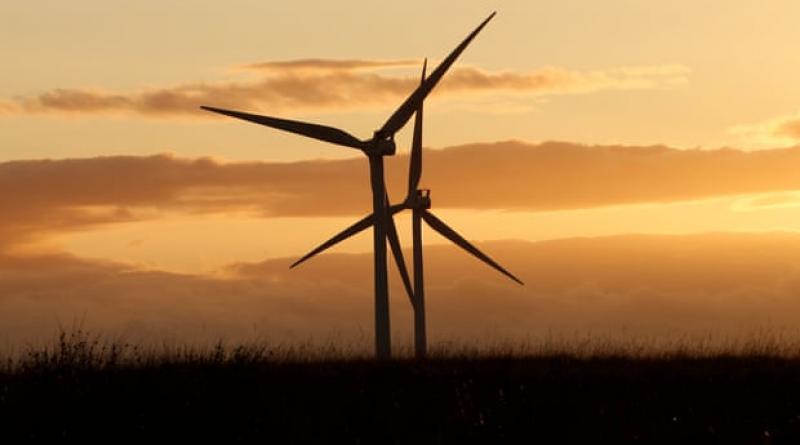 Pace of progress raises hope that fossil fuel companies could lose their domination.

The world’s rising reliance on fossil fuels may come to an end decades earlier than the most polluting companies predict, offering early signs of hope in the global battle to tackle the climate crisis.

The climate green shoots have emerged amid a renewable energy revolution that promises an end to the rising demand for oil and coal in the 2020s, before the fossil fuels face a terminal decline.

The looming fossil fuel peak is expected to emerge decades ahead of forecasts from oil and mining companies, which are betting that demand for polluting energy will rise until the 2040s.

But energy experts are adjusting their forecasts as clean energy technologies, including wind and solar power, emerge faster than predicted and at costs that pose a direct threat to coal-fired electricity and combustion-engine vehicles.

In the UK, renewable energy projects generated more electricity over the last quarter than fossil fuels for the first time since the country’s first public power plant fired up in 1882. It is a marked change from only 10 years ago, when gas and coal generated more than 70% of the UK’s electricity.

The pace of progress has raised hope that the global groundswell of climate protest could spark fresh political will to accelerate the energy transition in time to keep global temperatures from rising to levels that could trigger a climate catastrophe.

The UK Labour party has promised a Green Industrial Revolution to create almost 70,000 new jobs while working to create a carbon-neutral economy by 2030. In the US, the Green New Deal, spearheaded by the congresswoman Alexandria Ocasio-Cortez, aims to virtually eliminate the US’s greenhouse gas emissions within the next decade.

Within the energy industry, experts believe the rapid rise of renewable energy in recent years may soon seem glacial compared with the changes to come.

Michael Liebreich, the founder of the research group Bloomberg New Energy Finance (BNEF), says the substitution of old technology with new is always “like waiting for a sneeze”.

“The first 1% takes forever, 1% to 5% is like waiting for a sneeze – you know it’s inevitable but it takes longer than you think – then 5% to 50% happens incredibly fast,” he says.

The world is about to enter this period of rapid transformation, he says. This change promises to upend the fossil fuel producers that fail to adapt at pace, and bring the rise of carbon emissions to an end. A growing number of energy experts agree.

“Over the next decade we’ll see a far quicker than expected rollout of a number of clean energy technologies, which will almost certainly mean global emissions plateau,” Liebreich adds.

The rollout is expected whether politicians increase their ambition or not, because the economics of clean energy are now too strong to ignore.

Earlier this summer, BNEF reported that not only was renewable energy cheaper than building a new gas or coal plant, but it would soon be cheaper than using existing thermal plants too.

This economic tipping point means it would save money to shut existing coal-fired power plants down and build new renewable energy projects from scratch. Abundant clean electricity could help remove the emissions from the world’s transport and heating systems too.