The Sahel in the midst of climate change. 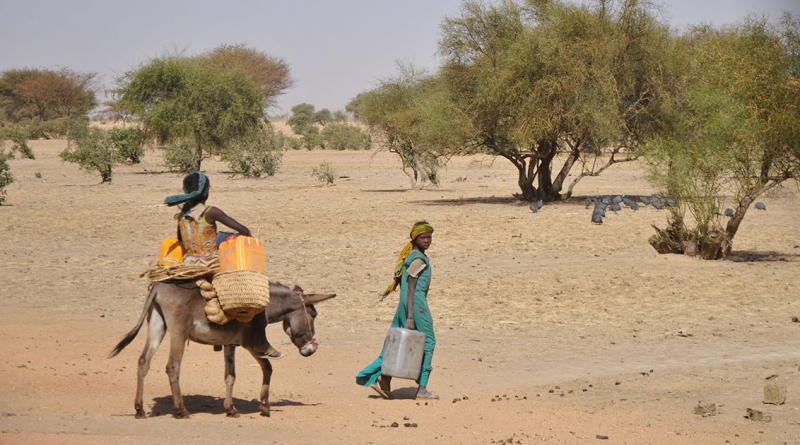 Rainfall deficits and severe droughts, but also heavy rains and devastating floods: the Sahelian region is experiencing the full impact of climate change and its dramatic consequences on people’s livelihoods. The scarcity of natural resources is leading to conflict and migration.

THE SAHEL AT THE HEART OF CLIMATE CHANGE ISSUES

From Mauritania to Chad, the vicious circle of droughts and floods has serious consequences on the populations who live mainly from agriculture and livestock. The scarcity of water resources threatens livelihoods.

In the Sahel, droughts are becoming more and more intense. Temperatures are rising 1.5 times faster than in the rest of the world. But climate change is also causing heavy rains (violent thunderstorms, above-normal rainfall). However, the land is too dry to absorb the rising waters; Destructive river floods and numerous flooding episodes were thus observed in Mali and Niger in 2019.

In the Sahel more than elsewhere, these natural disasters are degrading the natural resources that are essential to the agropastoral livelihoods that underpin the economy in much of the area. Two out of three people in the Sahel countries live from agriculture and livestock. Under the combined effect of drought and floods, land is deteriorating and losing its fertility. Insufficient rain-fed irrigation means that crops fail or are destroyed, while livestock struggle to find water for drinking and sufficient pasture. The Intergovernmental Panel on Climate Change (IPCC) predicts that agricultural yields will fall by 20% per decade by the end of the 21st century in some areas of the Sahel.

The depletion of natural resources in the region has become a source of conflict between farmers and herders, especially as climate change has altered the routes and periods of livestock transhumance, which now often coincide with those of the land being cultivated. The economic impact is obvious for agropastoral populations whose crops or livestock are degraded. But the rest of the population, who relies on local products to eat, is also affected due to price inflation and the scarcity of these products on the markets.

The Sahelian populations are trapped in a vicious circle: this negative economic impact is further reinforced by natural disasters such as floods, which damage productive infrastructures as well as those that enable economic exchanges: roads, bridges, dams, buildings, irrigation networks, etc.

The current context, in addition to the climate of uncertainty prevailing in rural areas slowly degraded by climate change, has been pushing many people to migrate to urban centers. The latter are considered to be safe, less dependent on economic activities based on natural resources and therefore less affected by natural phenomena. This concentration of population in urban areas is likely to lead to overexploitation of natural resources and water supply networks. The population of the six French-speaking countries of the Sahel will increase six-fold, reaching 540 million by 2100, according to UN projections.

Moreover, due to the drying up of the surface water table, traditional open-well type water supply systems are no longer viable in the region. However, the technical capacities and financial means of the Sahelian countries to carry out deep drilling are severely limited. As a result, NGOs such as SOLIDARITÉS INTERNATIONAL have had to dig deeper and deeper to find resources. For example, in the northern Nigerian state of Borno, where a decade ago the water table was 30 meters above the surface, drilling now has to be carried out to a depth of 250 meters.

According to the Permanent Interstate Committee for Drought Control in the Sahel (CILSS), climate change, which threatens the integrity of ecosystems already weakened by a rapidly growing population, will further exacerbate competition over natural resources and lead to population movements and conflicts in the region. Today in the Sahel, the challenges for the water access programs of SOLIDARITÉS INTERNATIONAL are :

to respond to the urgent need for access to drinking water, to help the greatest number of poor populations faced with the scarcity of resources, to promote a multi-use water response (water for people, water for agriculture and water for livestock), to support local authorities and the community for better water management and governance in the Sahel.

'If the climate stays like this, we won't make it' say those on the frontline of Africa's drought.