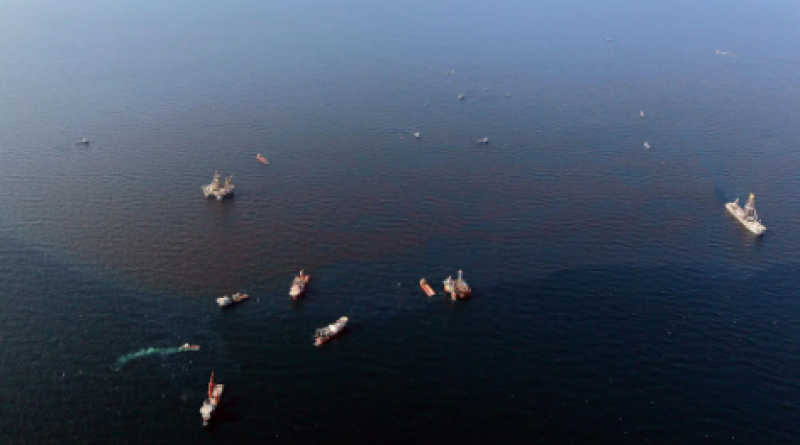 Crews are cleaning up the slick, which spread at least 10 miles.

An oil spill spanning at least 10 miles has been captured by satellite imagery in waters off the Louisiana coast.

Crews are working to clean up the spill, described as “substantial” by experts, which was seen spreading away from the major oil and gas hub of Port Fourchon.

Images of the expanse of oil were picked up on Thursday by space technology companies Planet Labs and Maxar Technologies.

Hurricane Ida, which wreaked havoc when it made landfall on Sunday, hit Port Fouchon hard, highlighting how vulnerable the region’s fossil fuel infrastructure may be to increasingly intense, global warming-linked storms.

The spill is thought to have come from an out-of-use pipeline damaged by the storm, reports The New York Times. Experts who had seen the satellite images said the oil appeared to be thick, and the spillage would require close examination.

“It’s a substantial leak that requires further investigation,” said Oscar Garcia-Pineda, a scientist at Water Mapping, a consultancy specialising in coastal and marine environmental monitoring. “I see an indication of thick heavy oil, which is the main dark feature, surrounded by a rainbow sheen,” he added.

“In a case like this where you clearly have thick oil, you can calculate the area, but what you don’t know is how thick it is,” she said. But based on the observable colour, “that’s a very, very thick slick,” she said.

The US Bureau of Safety and Environmental Enforcement said in a statement that as of Friday morning, more than 90 percent of oil and gas production in the Gulf of Mexico was still shut down.

How the climate crisis played a role in fueling Hurricane Ida