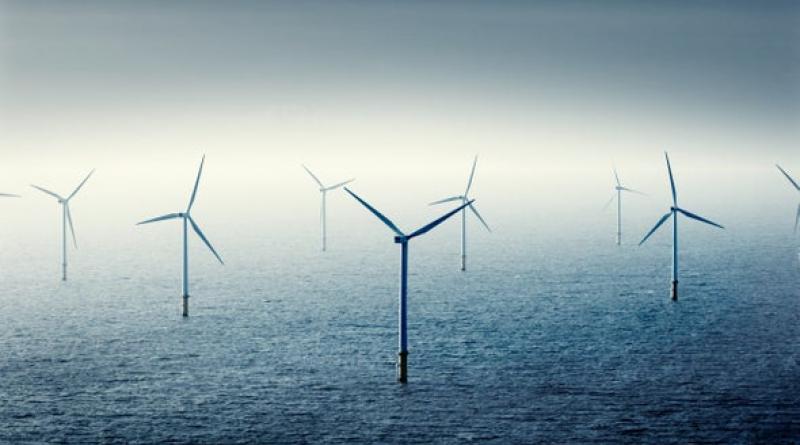 They can be a source of clean, renewable energy, sustainable food, and more.

Learning to swim, in a pool in the Florida Keys, was pure joy. I was five and reveled in blowing bubbles and doing cannonballs. A few years later, when I learned to swim in the ocean, the vibe was different, not purely playful. The mantra was: never turn your back on the ocean. Because, I was warned, you need to keep an eye on the waves, to avoid getting pummeled, or worse. I was taught to navigate undertows and rip currents, to respect the power of the sea.

As an adult, I re-learned this lesson of the ocean’s dangerous power watching climate change-fueled hurricanes smash into coastlines, and reading the science of sea level rise. But while we might respect the sea’s capacity to upend and rend lives and communities, what we have turned our backs on is its power to heal. This too we neglect at our peril. I don’t mean the ocean’s ability to heal us emotionally, although we should probably make better use of that in these wild times. The healing power we most need to harness is the ocean as a source of climate solutions.

This is a much needed flip of the script. We often focus on the ways in which the ocean puts up with endless waves of abuse — pollution from oil spills, agriculture, factories, plastics; seawater heating up and acidifying due to greenhouse gases, driving fish toward the poles and disintegrating coral reefs; coastal ecosystems being bulldozed to build resorts and shrimp farms; the plunder of overfishing causing fish populations to plummet; the deep sea on the brink of being mined, torn up (perhaps needlessly) for minerals.

That was perhaps as overwhelming for you to read as it was for me to write. For sure, we must keep our eyes on all that, and work to halt it. The ocean is in dire straits (and it’s so hard to write about it without inadvertent puns). But, know that it also offers us a way forward. It offers major opportunities to abandon fossil fuels, sequester tons of carbon, and create a sustainable food system. I’m talking about renewable offshore energy and algae biofuel, about coastal ecosystems and regenerative ocean farming. We are overdue for a reframe, from seeing the ocean as victim or threat, to appreciating it as hero.

Around 40 percent of Americans live in coastal counties. Imagine if the homes and business along our coasts were powered by offshore wind and waves. This doesn’t have to remain a dream. Offshore, the wind blows more strongly and consistently than it does over land, so floating turbines could mean more energy, generated more reliably—and produced near population centers. However, while there are quite a few in development, Block Island Wind Farm, a few miles off of Rhode Island, is currently the, solitary offshore commercial wind farm operating in the U.S. Between protracted permitting processes, the need for data on environmental impacts and the fact that wealthy coastal property owners are fighting proposals near their homes, we are way behind the UK, Germany and other European countries at making use of this free, gusty resource.

Offshore wind can and should leap from providing essentially zero percent of our national energy to over 10 percent by 2050 if we are to achieve the needed rapid decarbonization of our electricity grid. And then there’s the burgeoning technology for harnessing the energy of waves and currents, and even spreading solar panels across the sea surface. While we must take care with ocean ecosystems and species’ migratory routes when we choose installation locations, we also need to move quickly.

Not only can the ocean be a source of carbon-free energy, it can also sequester tons of carbon: so far, it has absorbed around 30 percent of the carbon dioxide we have emitted by burning fossil fuels. Lately, there has been a lot of discussion of planting trees, billions of them, with no mention of the fact that about half of global photosynthesis happens in the ocean. That land-centric myopia misses the carbon drawdown potential of wetlands and seagrasses, coral reefs and oyster reefs, kelp forests and mangrove forests.

In fact, wetlands can hold five times more carbon in their soils than a temperate or tropical forest! And even though New York and New Jersey have already lost 85 percent of coastal wetlands, what little remains reduced damages during Superstorm Sandy by $625 million. Coastal ecosystems can often provide cheaper and more effective shoreline protection than sea walls, and “blue carbon” should not be overlooked. Protecting and restoring coastal ecosystems is a good investment.

Biofuels produced on land—mostly ethanol from crops like corn and sugar—often rely on large amounts of water, fertilizers, and pesticides, and require so much fossil fuel to produce that they can barely be considered green. Not so with algae grown along our coasts, although much research and infrastructure development is needed in order to produce algae biofuel at scale. The federal Advanced Research Projects Agency—Energy (ARPA-E) Mariner program, which funds R&D, estimates that the U.S. could grow 500 million dry metric tons of macroalgae annually, which equates to about 10 percent of national transportation demand. Plus, seaweeds absorb tons of carbon dioxide as they grow—kelp can grow up to two feet in a single day, and turn sunlight into chemical energy more efficiently than land plants. Even though I know the science, to me, photosynthesis still seems like magic.

We also can, and arguably should, use algae to power our bodies and feed our livestock, not just provide energy for our machines. With over 90 percent of global fish stocks maximally exploited or overfished, we certainly can’t rely on wild fish to feed the world as our population approaches eight billion. At the same time, industrial aquaculture has been largely unsustainable, often focused on carnivorous fish that require a lot of feed and infrastructure. However, there is huge potential for a regenerative renaissance in ocean farming, focused on seaweeds and filter-feeding shellfish (oysters, mussels, clams, scallops), which live simply off sunlight and nutrients already in seawater.

This type of ocean farming can reduce local ocean acidification (photosynthesis!) and improve local water quality. Plus, seaweeds absorb excess nitrogen and phosphorus that runs off land from overuse of fertilizers for industrial agriculture, and can cause ocean dead zones. Bonus: These “sea vegetables” have high nutritional value, and when fed to cows can reduce their methane emissions by up to 67 percent.

As our economy struggles to recover from the coronavirus-triggered recession, it is also important to note that implementing these ocean-climate solutions can create many jobs. In the U.S., the “blue economy” supports around three million jobs and contributes $285 billion annually to GDP, from tourism, shipping, fishing and construction. And that can continue to grow. In the next decade, installing offshore wind from Maryland to Maine could support over 36,000 full time jobs. As part of a green stimulus package, a Climate Conservation Corps could put people to work re-planting coastal ecosystems. Scaling regenerative ocean farming could create millions of direct and indirect jobs.

This is why we need a Blue New Deal in addition to a Green one. The Green New Deal resolution merely mentions the ocean once in passing. The ocean must go from afterthought to centerpiece if we are to address the climate crisis at the order of magnitude required.

*Ayana Elizabeth Johnson, Ph.D., is a marine biologist, policy expert and Brooklyn native. She is founder of the consultancy Ocean Collectiv and the think tank Urban Ocean Lab. Find her on Twitter @ayanaeliza.

Unlocking the potential of Ocean Energy: from megawatts to gigawatts.