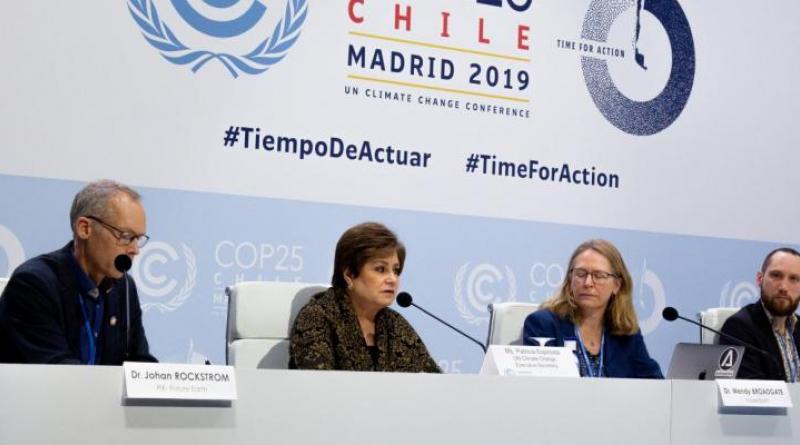 The pace of the present rise in greenhouse gas concentrations is unprecedented in climate history over the past 66 million years and weather extremes are the “new normal,” according to some of the latest findings in climate science compiled in an easy-to-read guide for negotiators, policymakers and media for the UN Climate Change Conference (COP25) in Madrid.

"People must understand the basics of climate science. In a sea of competing voices, science must be a common language. We are approaching a series of tipping points - we must act urgently," said Ms. Espinosa at the report’s launch.

"Governments are set to submit national climate action plans next year. This scientific evidence, together with multiple examples of action to address climate change, should be helpful for countries to adopt much more ambitious goals," the UNs top climate change official added.

According to the report, the world is not on track to cut greenhouse gas emissions as agreed under the Paris Climate Change Agreement, and climate change is happening faster and stronger than expected, with severe implications notably for food security.

The report highlights the most recent advances over the last 12 months in the scientific understanding of the drivers, effects and impacts of climate change, as well as societal responses.

“The key insight from the latest climate science is that the Paris climate target of limiting global warming to 1.5oC is a planetary boundary we pass at our own peril, putting all future generations at risk,” says Johan Rockström, director of the Potsdam Institute for Climate Impact Research and co-author of the report.

“Earth observations show that big systems with known tipping points are already now at 1oC warming, on the move toward potentially irreversible change, such as accelerated melting of Greenland and West Antarctic ice sheets, drying of rainforests and thawing of Arctic permafrost,” continues Rockström.

Each of the 10 chapters have been reviewed by some of the world’s leading scientists to provide a trustworthy, accurate, and unbiased summary of the latest climate science.

The insights come after two landmark reports in 2019 from the Intergovernmental Panel on Climate Change, Climate Change and Land and Ocean and Cryosphere in a Changing Climate, as well as “United in Science,” a scientific synthesis by the world’s leading climate science organizations released in September 2019.

How COP25 is Being Made Sustainable.