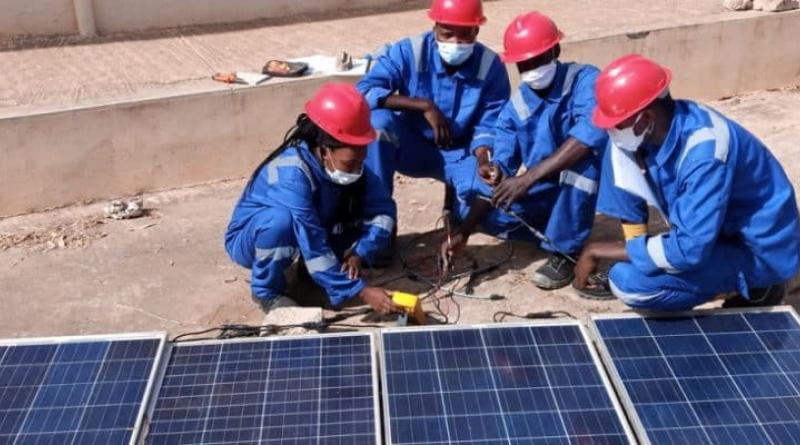 As part of the project to electrify 300 villages in Senegal, the Senegalese subsidiary of the German consulting group Gauff Engineering is training 247 young people in the installation of solar photovoltaic systems. The initiative will accelerate the electrification of the West African country, which is planning universal access to electricity by 2025.

At least 247 young Senegalese were recently trained in solar energy. The training, initiated by the Senegalese subsidiary of the German consulting group Gauff Engineering, was financed by Kreditanstaltfür Wiederaufbau (KfW), the German development agency, through its subsidiary KfW-IPEX Bank.

During five days, these learners, 71 of whom were women, were trained in the operation, maintenance and remote supervision of solar photovoltaic mini-power stations. Among the beneficiaries were also forty executives from the Senegalese Rural Electrification Agency (ASER) and the Moroccan-Senegalese Company for Electricity (COMASEL).

These institutions are involved in the implementation of the Electrification Project for 300 villages in Senegal, which aims to combat the energy gap in this West African country. The project has already enabled the installation of 150 solar photovoltaic mini-power stations in the regions of Kaffrine, Kaolack, Fatick (in the centre), Louga, Saint-Louis (in the north) and Kolda (in the south), according to Lutz Ekhoff, the Managing Director of Gauff Engeneering.

According to the Managing Director of the Senegalese Rural Electrification Agency, a total of 3,000 households in 44 villages have been connected to the national electricity grid as part of this project. “Access to sustainable energy must be considered a right and a means of economic, social and ecological promotion,” says Baba Diallo.

It is also in this context that the Export-Import Bank of the United States (Exim Bank) granted a loan of 91.5 million dollars in 2020, to facilitate the export of American engineering and construction services for rural electrification in Senegal. This financing operation will eventually connect 330,000 people to stand-alone solar mini-grids in more than 415 villages. The work, which will be completed by 2023, is being carried out by Weldy Lamont, an American company that exports renewable energy equipment to Africa.

BURKINA FASO: The Nagréongo solar power plant is commissioned as a PPP project