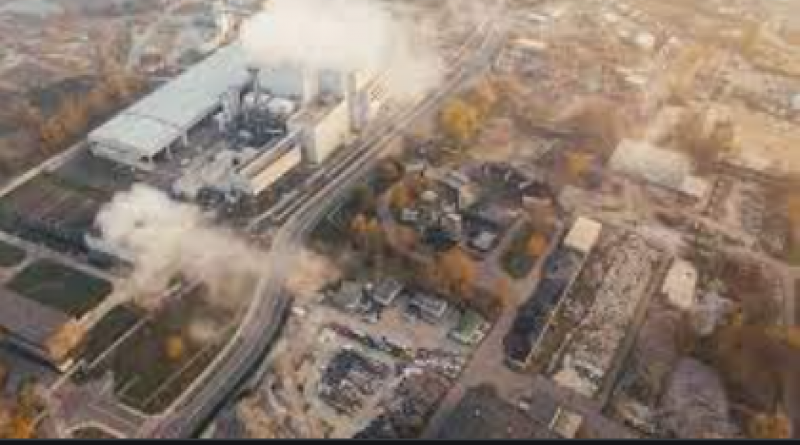 Never before did I even think that this planet of ours would be affected by the three simultaneous threats of global warming, air pollution and COVID-19, any one of these having the potential to be totally devastating.

In my lifetime the world has warmed – no question. How much hotter?

I was born in 1953. So, since that time, by nearly 1 degree Celsius (1.8 degrees Fahrenheit). That may not sound like much where temperature increases are concerned. But in the grand scheme of things, there has been serious glacial (ice) retreat, habitat disruption and upheaval and increases in weather-related calamities.

One could argue, however, that, historically, going back a hundred-and-fifty-million years or so, that Earth has undergone periodic warming and cooling, the last ice age lasting 100,000 years, according to one source*, it ending approximately 10,000 years ago.

As long as Earth has had an atmosphere there has been polluted air in it.

Each year, 10 gigatons (10 billion tons) of one emission, carbon, from the burning of fossil fuels, enters the air. Throw in a whole host of other pollutants – anthropogenically and naturally released alike – and it isn’t too difficult to see that to the air and to the life the air supports just how problematic this situation has become. And, that’s just from carbon. In fact, 90 percent of the world’s population is regularly exposed to polluted air. And, poor air quality contributes to the deaths of 7 million people across the globe annually.

Like other kinds of waste, pollutant emissions are exactly that – waste. And it is on life that this waste takes a heavy toll.

The point is this pollution must go somewhere and, unfortunately, in this particular case, that somewhere is the air. And, by virtue of the fact that we humans need this air to survive, ironically, it is this deleterious substance that is in the air that people breathe that can and does result in lives being prematurely cut short.

Unquestionably, the biggest news story of the 21st century’s third decade so far is the coronavirus infection.

The significance of the SARS CoV-2 (COVID-19) story can’t be overstated. No one has escaped feeling in some way the virus’ impact.

The disease itself has mutated, the latest identified mutation being the Delta-Plus variant. That the virus has mutated is bad enough and only about 10 percent of the world’s population has been fully vaccinated so far, according to recent news reports. That makes trying to get the upper hand on the spread of the virus an extremely difficult proposition. Add to this that some folks absolutely refuse to get the vaccine and that revelation, if you’ll please excuse, is a tough pill to swallow.

How the disease progresses and who will be affected and how in the weeks, months, if not years ahead, is anyone’s guess.

To say the first year-and-a-half of the 21st century’s third decade has been unlike that of anything we’ve seen in over 100 years – though at times there have been situations that have demanded our fullest attention and cooperation and participation, as in our overcoming adversities like America’s 1930s Dust Bowl and infectious and deadly disease outbreaks like ebola, cholera and others in developed and developing countries alike – is an understatement.

But it isn’t COVID-19 alone that makes the entirety of 2020 and first half of this year truly unprecedented and unparalleled. It is that, this time around, there are three, count ‘em, three simultaneously occurring world threats: Global warming, air pollution and the current pandemic.

Getting all under control, whether collectively or individually, will take much doing, of that we can be sure. Anything short of devoting our full attention, cooperation and participation to the cause of completely eliminating one, two or all three threats just isn’t going to measure up. That we can be sure of too!

Clean Air Day: Over a quarter of UK schools are above WHO air pollution limits.

Why don’t we treat climate change like an infectious disease?

Disease-bearing ticks thrive as climate change heats up US.