'Sliding towards extinction': koala may be given endangered listing as numbers plummet. 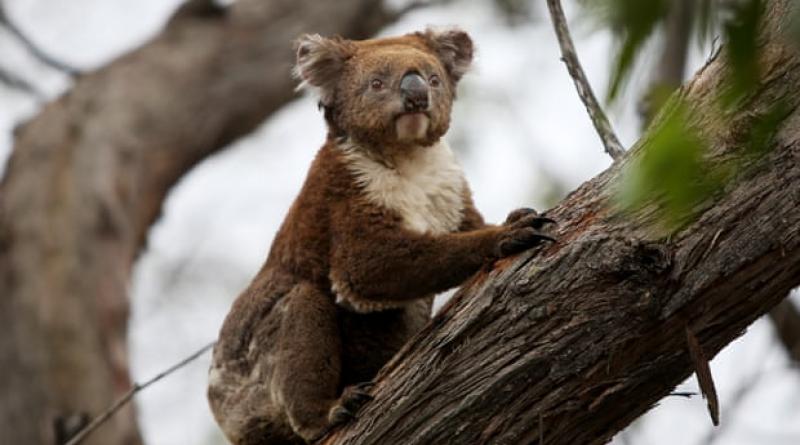 The species is among 28 animals being assessed for potential upgrade of their threat status, federal government says.

The koala is being considered for official listing as endangered after the summer’s bushfire disaster and ongoing habitat destruction on the east coast forced the government to reconsider its threat status.

The iconic species, which is currently listed as vulnerable under national environment laws, is among 28 animals that could have their threat status upgraded, the federal environment minister, Sussan Ley, said on Friday.

The greater glider, which had 30% of its habitat range affected by the bushfire crisis, is also being assessed to determine whether it should move from vulnerable to endangered, while several frog and fish species, including the Pugh’s frog and the Blue Mountains perch, are being considered for critically endangered listings.

Ley has asked the threatened species scientific committee to complete its assessments by October next year.

The koala assessment will apply to the combined populations of New South Wales, Queensland and the ACT, where more than 10% of the population was affected by bushfire. Koalas on the east coast are also under multiple other pressures due to continued habitat destruction, drought and disease.

Environmental groups, which nominated the species for an endangered listing, said already severe populations declines had been made worse by the 2019-20 bushfire disaster.

“We welcome prioritisation for the koala but also hope the process can be sped up and the koala listed as endangered before October 2021,” said Nicola Beynon of Humane Society International.

Josey Sharrad, of the International Fund for Animal Welfare, said koalas on Australia’s east coast were “sliding towards extinction” and immediate action was needed to bring the species back from the brink.

A recent NSW parliamentary inquiry found koalas would be extinct in the state by 2050 without urgent intervention to protect habitat and help the species recover.

The 28 species included on the finalised priority assessment list for formal assessment in the 2020 period include two reptiles, four frogs, seven fish, six mammals and 12 birds, bringing the total number of species currently being assessed to 108.

After a species makes the priority list, it is assessed by the scientific committee, which then makes a recommendation to the minister regarding its threat status.

“This process is critical in ensuring threatened species are given strategic protection, are eligible for targeted funding and that awareness is raised about the issues impacting them,” Ley said.

A recent interim report from a review of Australia’s conservation laws found governments had failed to protect Australia’s unique wildlife and the environment was in unsustainable decline.

The government currently has a bill before the parliament to devolve decision-making powers under national environmental laws to the states.