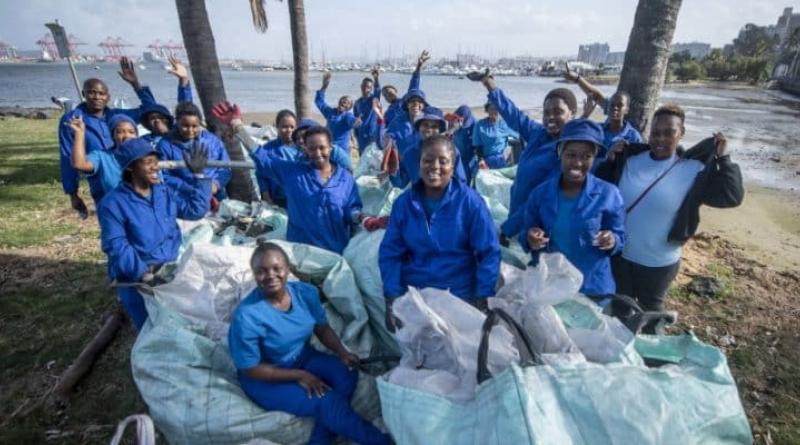 With 70 community collectors spread across the port city of Durban, start-up Isphepho Enviro has won the award for the best environmental awareness initiative in the Sustainable Waste Management competition organised by the PET Recycling Company NPC (PETCO) in South Africa. The organisation was awarded for its beach clean-up and waste collection in 25 schools.

PET Recycling Company NPC (PETCO) in South Africa has announced the winners of its sustainable waste management competition. In the Design for Circularity category, the American multinational PepsiCo, through its South African subsidiary, was rewarded for its beverages packaged with products from recycling. “We are trying to catalyse growth by putting sustainability and human capital at the centre of our strategy,” says Meghna Laxman MacDonald, PepsiCo’s head of public policy and government affairs.

In the Recycling Partnership Gamechanger category, South African polymer producer Safripol was awarded for collecting 26 tonnes of waste in 2021 and setting up material recovery centres in Gauteng province.

The Zonda Insila Programme (ZIP), an initiative of 14 volunteer projects fighting illegal landfills in South Africa, was awarded the Worth Your Waste award. ZIP organises waste collection and recovery sessions in rural areas. The funds raised help to pay participants in the programme and combat environmental pollution. Launched in 2019 by Linah Duduzile Ndala, the programme is supported by the Department of Agriculture, Rural Development, Land and Environmental Affairs of the Mpumalanga Municipality.

With 12.7 million tonnes of waste produced each year, South Africa is working to strengthen its waste management system. For this reason, 20 municipalities have recently acquired a number of pieces of equipment worth a total of R44.5 million (over $2.8 million) to improve household waste collection and promote the circular economy.