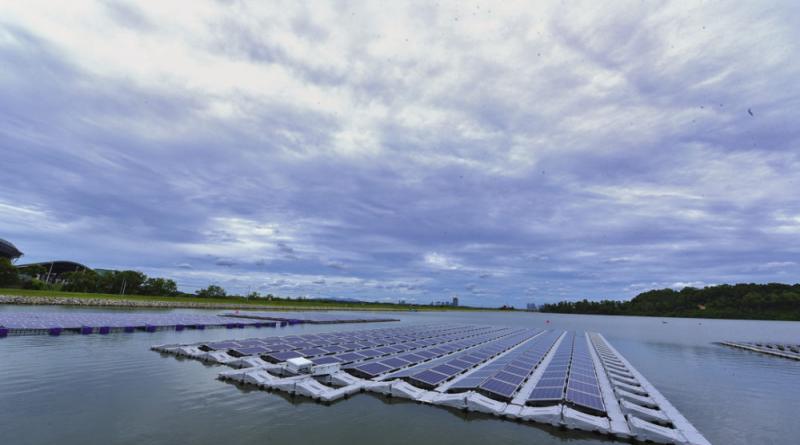 The huge floating plant is expected to be located on a water surface close to the Saemangeum, an estuarine tidal flat on the coast of the Yellow Sea. Construction on the facility is planned to start in the second half of next year. Around 4.6 trillion won ($3.9 billion) of private funds will be invested in the project.

The South Korean Ministry of Trade, Industry and Energy (MOTIE) announced in a press release that a 2.1 GW floating solar power plant will be built on a water surface close to the Saemangeum, an estuarine tidal flat on the coast of the Yellow Sea.

The ministry said construction on the project will start in the second half of next year, after all relevant licenses and permits, including environmental impact assessment, will be secured.

The Korean government stressed the project will be 14 times larger than the world’s largest floating project, which is a 150 MW plant under construction located in Huainan City, in China’s Panji District. “It will also be 1.6 times more than the combined capacity of the global floating solar facilities for all of last year,” the ministry also stated

The government estimates that approximately 4.6 trillion won ($3.9 billion) of private funds will be invested in the project. It added that around 5 million PV modules will be needed for the plant construction, without providing more technical or financial information.

The Saemangeum was dammed by South Korean government in 2010 and it is the world’s longest man-made dyke.

The huge floating project is part of the renewed efforts of the South Korean government to increase the share of renewable in the country’s energy mix. The MOTIE is currently working on an Energy Basic Plan, which is targeting to raise this share to up to 35% by 2040. Between 155 GW and 235 GW of solar and wind could be deployed on rooftops, as well as unused or low-quality agricultural land, the MOTIE said in April. Earlier in March, it announced three different programs to prioritize high-efficiency renewables projects that use equipment with a low carbon footprint and adhere to stricter Korean industry standards.

On the top of this, a 3 GW ground-mounted solar project was announced for the Saemangeum area by the South Korean President Moon Jae in November.

Under its current energy strategy, South Korean aims at generating 20% of its power from renewables by 2030. The country is working on installing 30.8 GW of solar PV by that date,with 9% of that capacity to be developed in Saemangeum. It had reached an installed PV capacity of 7.86 GW at the end of 2018, according to the International Renewable Energy Agency (IRENA). Last year, a bit more than 2 GW of solar power was deployed in the country.

Europe’s largest floating PV project under development in the Netherlands.