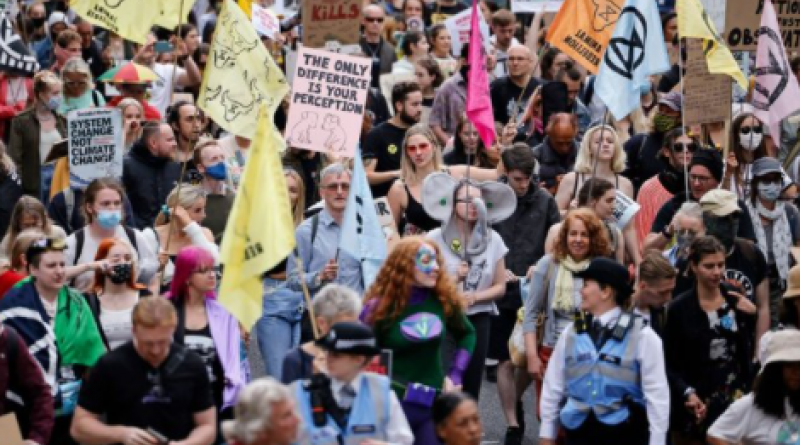 Over 200 simultaneous events are set to take place as part of a   Global Day of Action for Climate Justice this Saturday - with a march through Glasgow expected to attract tens of thousands of people.

The organisers of the events, the COP26 Coalition, are expecting people from across the world to attend the Glasgow Global Day of Action for Climate Justice demonstrations - which will see a march through the city and a number of rallies with high profile speakers such like Greta Thunberg, Mitzi Jonelle Tan, Vanessa Nakate and Darren McGarvey.

Other demonstrations will take place in every corner of the world - with people taking action on every continent. The marches take place as the first week of the global climate conference comes to a close, and will give people a chance to have their voices heard on what’s been happening at COP26.

Asad Rehman, a spokesperson for the COP Coalition, said:

“We are taking to the streets across the world this weekend to push governments from climate inaction to climate justice. This has been the least accessible climate summit ever - with so many people sidelined at the talks or not able to make it in the first place. Today those people are having their voices heard.

“The climate crisis has resulted from our broken, unequal societies and economies. We must transform our global economies into ones that protect both people and our planet instead of profit for a few.”

Brianna Fruean, a Samoan member of the Pacific Climate Warriors delegation and a speaker at the rally on Saturday, said:

“As someone from one of the regions most threatened by climate breakdown I know just how important this climate summit is, and how crucial it is that voices are heard on the streets as well as the corridors of power. For a decade now, the storms in the Pacific have been getting more violent, the droughts have been longer and the floods deeper. Fishers cannot feed their families. Family-owned shops that are flattened in a cyclone are rebuilt, only to be destroyed by rising water.

“That’s why I’m marching today - with people right across the world - because it can’t go on like this. We refuse to be just victims to this crisis. We are not drowning, we are fighting and on Saturday the world will hear us.”