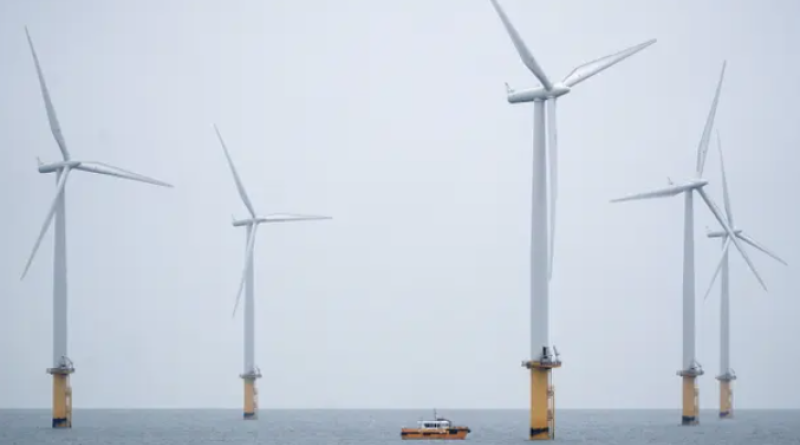 Our energy system is crucial to two of the biggest issues facing the British public: the cost of living crisis and the climate and environment emergency. Yet we are leaving this sector to be inefficiently and exploitatively run by private companies.

Electricity is generated by burning fossil fuels or by renewable technology such as wind turbines; then it is distributed along the national and regional grids, and finally sold to us by energy suppliers. In the UK, there is no public sector role in this: every part of the process is privatised.

Right now, Britain needs to address three things to deal with the crises at hand: we need to transition to generating renewable energy, we need to make sure our national grid is ready for this change, and we need to reduce the prices charged by energy suppliers.

The latter issue has become particularly acute since global gas prices spiked due to an uptick in economic activity after pandemic lockdowns ended, and supply restrictions by Russia. Smaller energy suppliers went bust as their wholesale costs exceeded the price cap – the maximum price that suppliers in England, Wales and Scotland can charge households.

In April this year, the price cap rules allowed private suppliers to increase bills by an average 54% , and further increases are certain later this year. The government has provided temporary rebates on energy bills and tax relief to customers. The customers of 29 failed energy suppliers have been rescued by transfer to other companies, at the expense of a £2bn surcharge on all energy consumers. Bulb, regarded as too big to fail, is being supported by the Treasury at a cost of £2.2bn.

Thus all of the costs of the energy crisis are falling on to the public, either directly through their bills or indirectly through their taxes. None of these costs are borne by the owners of the private companies: quite the opposite. In the last six months, the value of shares in National Grid and Centrica have leapt 20% above the general trend – it’s a good energy crisis for their shareholders.

In comparison, in France the system remains dominated by EDF, which is 85% owned by the French state. This has enabled the government to directly control prices by imposing a cap of 4% on EDF’s price rises at a cost of €10bn, which has been financed by halving the company’s profits. The private shareholders of EDF have seen the value of their shares fall 25% below the general trend of share prices.

The lack of public sector energy companies also hinders the transition to renewable energy. International evidence shows that “state-owned utilities have a higher tendency to invest in renewables”, because public bodies can insist on the implementation of policy objectives, and that this investment encourages further private investment.

In the UK, contracts for offshore wind generation, the biggest single opportunity for renewable generation, and the associated profits and employment opportunities, are all given to commercial companies – which include, paradoxically, large publicly owned European companies Ørsted (of Denmark) and Equinor (Norway). In Germany, where much of the energy sector is in the hands of regional and local government, the city of Munich has stopped trying to persuade reluctant private companies and has instead decided that the municipal utility company would make the investments needed “to produce so much green energy that the entire demand of the city can be met [by 2025]”.

The private owners of the transmission and distribution grids provide continuing proof of the 200-year-old economic observation that “natural monopolies” are exploited for excessive gain in private hands, and so should be publicly owned. The National Grid alone extracted £1.4bn in dividends in each of the last two years. They even create further problems for the transition to renewable energy, which offers an opportunity for further extraction of monopoly profits, by making excessive charges for connections to the grid, delaying renewable projects by up to 10 years.

A more effective approach would be to enable consumers to sign up to a publicly run energy supplier, by properly nationalising Bulb; to bring the grid into public hands so we can upgrade the system to deal with renewable energy, and stop the extraction of billions in dividends; to create the capacity for more government- and community-owned renewable energy generation; and to open energy policy to public participation by creating regional energy agencies.

British people are shouldering the burden of the energy and climate emergencies while private companies profit. The case for public ownership is now being made on a daily basis by the failures of our current system. As we see in Europe, there are much better, public, alternatives.

Solar power prices are falling. What does this mean for our household electricity bills?