Too hot to handle: can our bodies withstand global heating? 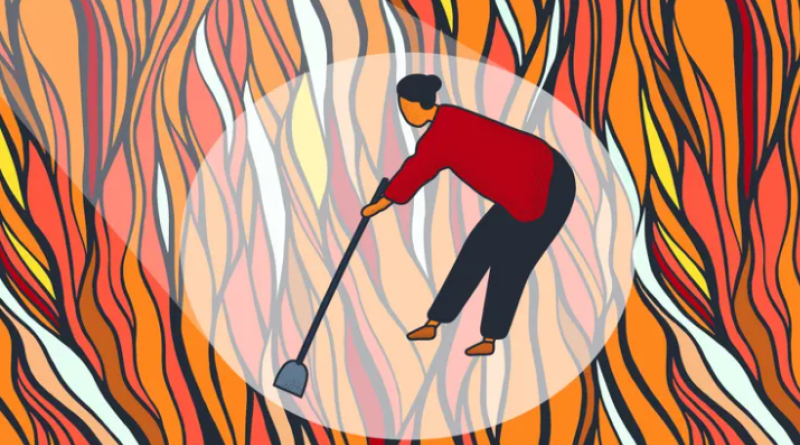 The impact of extreme heat on the human body is not unlike what happens when a car overheats. Failure starts in one or two systems, and eventually it takes over the whole engine until the car stops.

That’s according to Mike McGeehin, environmental health epidemiologist at the Centers for Disease Control and Prevention. “When the body can no longer cool itself it immediately impacts the circulatory system. The heart, the kidneys, and the body become more and more heated and eventually our cognitive abilities begin to desert us – and that’s when people begin fainting, eventually going into a coma and dying.”

Between 1998 and 2017, more than 166,000 people died due to heat, according to the World Health Organization, and countries around the world are experiencing a year on year rise in record-breaking high temperatures. For many people, unendurable heat is becoming the new normal. It is most likely to disproportionately affect the poor, the sick – those with chronic conditions, or heart and kidney disease in particular – and older people.

Each organ responds differently to extreme heat exposure, with symptoms that quickly become fatal or cause lingering damage from which the body may never fully recover.

“Every human being is at risk from extreme heat – it’s a fact of life, your body needs to function in a certain environment,” says McGeehin. “And when that environment becomes extreme then you are at risk.”

To sweat and cool off, blood flow shifts from the central organs to the periphery of the body, causing a fall in blood pressure in these vital organs. The heart starts to beat faster to compensate, but if the person does not replenish their water reserves, blood pressure can drop dangerously and cause fainting, explains Dr Pieter Vancamp, post-doctoral researcher at the Centre National de la Recherche Scientifique in Paris. Vancamp published a book this year about how the human body deals with external challenges, such as extreme heat.

In the worst-case scenario, it can lead to heart failure if left untreated. In the last decade, 384 people died in the US while working in extreme heat, including farm workers and waste collectors, according to a recent investigation. University of Edinburgh researchers found exposure to extreme heat increases the risk of heart disease in firefighters.

The hypothalamus is our in-house thermostat. Located in the brain, it regulates body temperature using information passed to it by temperature sensors in our skin, muscles, and other organs.

When high temperatures are detected, the brain initiates a cascade of responses to help us cool down, such as sweating, increased respiration and the impulse to seek water and cooler environments. But when the system overheats, these responses start to fail, and miscommunication can occur in the brain, contributing to confusion, dizziness and altered behaviour, says Vancamp.

“A normal cell works best at around 37C. When you increase the temperature even by a few degrees … the communication between nerve cells starts to malfunction. And that’s the moment when communication with the body starts to deteriorate,” he says.

In about 20% of people who survive heatstroke, the brain may never fully recover, “leaving a person with personality changes, clumsiness, or poor coordination”, according to research by UCLA’s School of Medicine.

Kidneys regulate blood concentrations of water and salt. So, the organs are the immediate interface between us and the climate crisis – because when it starts getting hot, we lose a lot of water and salt through sweat, says Dr Richard Johnson, professor of medicine and head of renal diseases and hypertension at the University of Colorado.

Hormones produced in the brain are required by the kidneys to do their job, but when the heat affects the brain and disrupts the normal level of these chemicals, the kidneys (and other organs) suffer, he says. Johnson says that his research and others also show that recurrent heat stress and dehydration could cause chronic kidney disease. A report last year described an “epidemic of chronic kidney disease as non-traditional origin in Nicaragua, El Salvador, Costa Rica and Guatemala,” and that “chronic kidney disease has been reported on sugar cane farms as well as cotton, corn and rice farms,” in working-age people.

The liver is susceptible to extreme heat. During heatstroke – when the body’s internal temperature crosses 40C – damage to liver cells can be seen by the increased levels of liver enzymes in the blood, says Dr Edward Walter, a consultant and anaesthetist at the Royal Surrey county hospital.

“The liver requires highly regulated temperature – and we found that recurrent heat stress caused low-grade liver damage that was quite noticeable, but … it’s not known at this time is if that can lead to chronic liver disease,” adds Johnson. “But it’s an area that probably should be investigated.”

As blood flows away from central organs to deal with heat, the limited oxygen can impede normal functioning. In the gastrointestinal tract this can cause inflammation and, in extreme cases, nausea and vomiting.

In 2013, researchers at University hospital Zurich found an increased risk of inflammatory bowel disease flare-ups during heatwaves, in what they described as the first study to link the climate crisis to bowel disease.

Extreme heat can also cause “leaky gut”, in which toxins and pathogenic bacteria to seep in to the blood, increasing the likelihood of infections, says Walter. It is almost possible to develop a kind of sepsis infection by being hot, he says. “Gut permeability seems to be a big, big problem.”