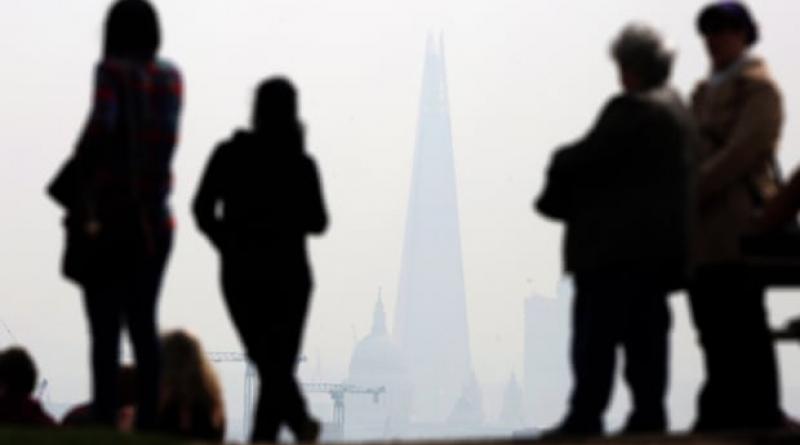 The government must set tough new air pollution targets to reduce the stark health inequalities suffered by disadvantaged communities, a cross-party committee of MPs has said.

Dirty air causes up to 64,000 early deaths a year in the UK, according to their report, and disproportionately harms those living in deprived areas and those from minority ethnic communities. The fact that these groups contribute the least to air pollution “increases the moral case for action”, said the MPs.

Air pollution and associated health problems have been linked to worse outcomes from Covid-19 but the MPs said there was already an overwhelming case for action. One in six of all deaths in Europe are linked to the burning of fossil fuels, according to research published on Monday.

The MPs’ report said ministers must put the World Health Organization (WHO) limit for particle pollution into law. The UK limit is two-and-a-half times higher. The delayed environment bill now being considered in parliament does not commit to a specific target.

The government’s own evidence shows that by far the most effective way to cut pollution is with clean-air zones (CAZs), where charges are levied to deter polluting vehicles from urban centres. But the MPs said ministers had put too much responsibility for these on local authorities and provided too little funding. Three-quarters of the UK’s 43 air-quality zones have illegal levels of nitrogen dioxide, mostly emitted by diesels, but to date only London has a CAZ.

The MPs also said people would need to be encouraged to use public transport again after the coronavirus pandemic subsideed and that “the government should match its rhetoric on active travel [such as walking and cycling] with sufficient funding”.

“Deaths linked to air pollution disproportionately affect disadvantaged communities,” said Neil Parish MP, chair of the environment food and rural affairs select committee. “In rebuilding after the pandemic, we have a moral duty to put improving air quality at its core.” In 2016, the committee described air pollution as “a national health emergency”.

The MPs’ report said the deaths caused by dirty air “were starkly highlighted” by a landmark coroner’s verdict in December that air pollution had been a cause of the death of nine-year-old Ella Kissi-Debrah in 2013. Her mother, Rosamund Kissi-Debrah, subsequently called for her legacy to be a new clean air act to force the government to clean up dirty air. The MPs said ministers should set a legal target of reaching the WHO limit for small particle pollution by 2030.

The MPs took evidence from a wide range of experts, and Prof Dame Parveen Kumar of the British Medical Association (BMA) said action should “focus on deprived communities because we would probably see the greatest changes there” while adding that “this is happening to everybody everywhere”.

The chief medical officer for England said in 2017 that deprived communities lived with higher air pollution and were more susceptible to its impact. The BMA said that in London almost half of disadvantaged communities suffered pollution levels above EU limits, compared with just 2% in the wealthiest communities. People in inner-city areas are least likely to own a car, Guy’s & St Thomas’ Charity said.

Delays in the implementation of some CAZs have come from local authorities and the government. Paul Swinney, from the Centre for Cities, told the MPs: “Literally, the people they are serving are dying because we are not dealing with those air quality issues.”

On walking and cycling, the BMA said current spending on active travel was just 2% of transport spending and estimated that delivering the government’s plans would require £1.2bn a year, not the £2bn over five years it had committed.

A government spokesperson said improving air quality was a top priority: “We have committed to setting at least two ambitious new air quality targets, with a primary focus on reducing public health impacts. As part of this we will be considering WHO guidelines for [small particles].”

Harriet Edwards, policy manager at Asthma UK and the British Lung Foundation (AUK-BLF), said: “Air pollution impacts everyone, but can have a devastating impact on the most vulnerable people in our society – children, older people and the millions of people with a lung condition.”

A new AUK-BLF report shows more than half of people in England aged over-65 live in areas with small particle pollution above WHO levels, and that more than a quarter of care homes and hospitals are in such areas.