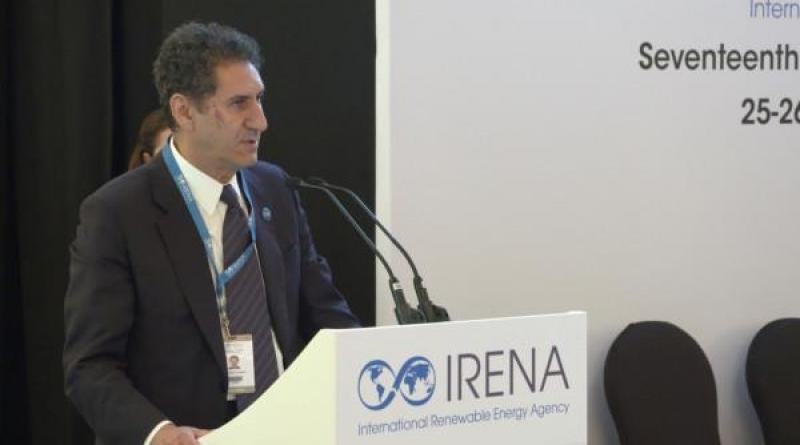 Francesco La Camera, Director-General of the International Renewable Energy Agency, IRENA, has said that the UAE has ambitious goals and visions related to the renewable energy sector.

In an interview with the Emirates News Agency, WAM, on the sidelines of the 24th World Energy Congress, La Camera noted that UAE's plans to combat the effects of climate change, aiming to see a 70 percent reduction in CO2 emissions by 2050. He expressed his confidence in the UAE's capacities to achieve these plans, noting the countries efforts to construct the largest solar energy plants in the world.

Commenting on the need to diversify energy sources and combat climate change, he stressed the importance of intensifying relevant international efforts, under the framework of the Paris Climate Agreement.

The cooperation between the UAE and IRENA is constructive and is supporting the agency's work, which includes many initiatives and projects that aim to promote the use of renewable energy around the world, La Camera added.

IRENA's Director-General stressed that the World Energy Congress is a key step to accelerating international efforts to adopt renewable energy solutions and combat the effects of climate change, as part of the energy transition.

The congress discussed relevant challenges and drafted a future roadmap for the world energy sector, with the participation of many energy leaders and experts, including 72 ministers and 500 CEOs.