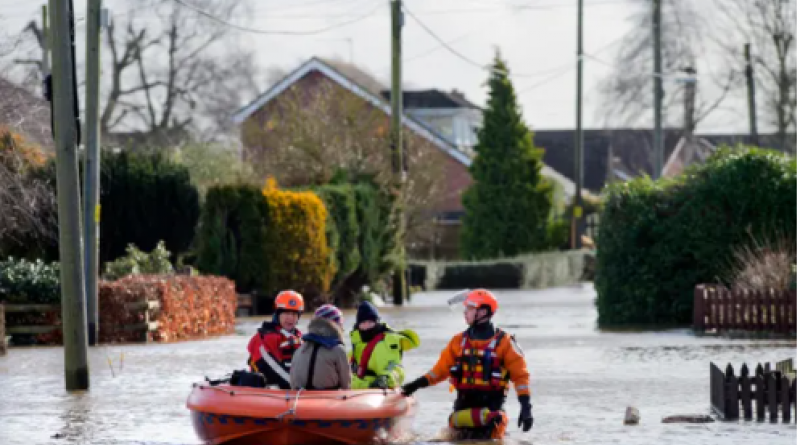 UK banks will for the first time be forced to reveal their exposure to the climate crisis, highlighting the risks that rising temperatures and sea levels could pose for the financial system, as part of the Bank of England’s climate stress tests this year.

The stress tests will put 19 banks and insurers through three climate scenarios, according to an update released on Tuesday, including one in which governments fail to take further steps to curb greenhouse gas emissions, resulting in average temperature increases of 3.3C and a 3.9-metre rise in sea levels. The central bank will be monitoring how those scenarios could affect potential loan losses, as customers default due to slowing growth and economic uncertainty.

However, the Bank of England will not identify individual businesses through the tests and will release only aggregate results for the banking and insurance sector, which will be published in May 2022.

The tests, which will look ahead 30 years, were planned for last year but were delayed due to the Covid outbreak. It meant that big lenders – including NatWest, Barclays, HSBC, Lloyds, Standard Chartered, the UK arm of Santander, Nationwide building society and Virgin Money UK – did not have to divert resources at the height of the pandemic, when they were expected to dole out billions of pounds in emergency Covid loans.

Twelve insurers will also take part, marking the second time that the insurance sector has been tested for challenging climate risks.

The central bank also confirmed that the information will not be used to set capital requirements, which determine the kind of financial cushion that banks need in order to protect them from risky loans and products on their balance sheets. Instead, the exercise is meant to improve the way banks and insurers manage risks, and prompt a strategic review of their operations in light of the climate threat.

The Bank of England governor, Andrew Bailey, said the stress tests will help the regulator “size the risks from climate change for both the largest banks and insurers as well as the financial system as a whole”.

“It will require them to build up their own scenario analysis capabilities, helping them to understand better how they are exposed under different potential climate pathways. The end result will be more robust management of climate-related financial risks across the sector,” he added.

David Barmes, the senior economist at the campaign group Positive Money, was disappointed that the Bank is not planning to use the results to determine capital requirements.

“It is concerning that the Bank of England appears to be ruling out using climate stress tests to help inform changes to capital requirements,” Barmes said. “Climate capital rules that reflect the high risk of fossil fuel investments are a necessary inevitability to ensure financial stability and alignment with the government’s climate plans, and the Bank needs to be introducing such policies without delay.”

“By delaying the implementation of climate capital rules, the Bank is undermining its duty to protect financial stability and support net zero,” he added.

It also was revealed on Tuesday that the UK would become the first major economy to force large pension schemes to publicly disclose the risks that the climate crisis poses to their investments.

The new rules will initially apply to schemes with more than £5bn in assets under management from October this year, but will be extended to smaller schemes as soon as 2024. Pensions minister Guy Opperman said additional transparency would give savers enough information to determine whether their pension provider “aligns with their values or if they are comfortable with how their pension could be affected by climate change”.