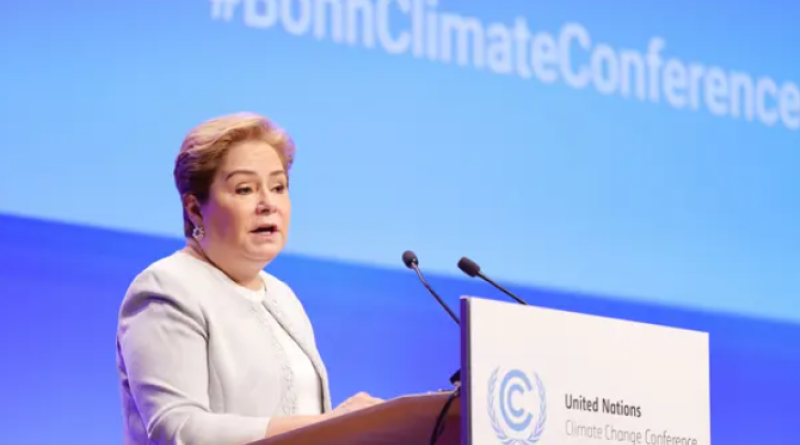 European governments have been accused of seeking to exploit the fossil fuel reserves of the developing world, while failing to help them tackle the climate crisis.

Campaigners made the charge as the latest round of UN climate negotiations ended in stalemate on Thursday night in Bonn, Germany.

Few countries have produced the plans on tougher emissions cuts they promised in November at the Cop26 summit in Glasgow, Scotland, and finance and help for poor countries to adapt to the impacts of climate breakdown are still lacking.

How countries choose to react to the war in Ukraine and to soaring energy prices – by boosting renewable energy and improving energy efficiency, as the International Energy Agency has advised, or by seeking fresh sources of fossil fuels – will be decisive in determining whether the world manages to stay within the 1.5C threshold (the target of limiting global heating to 1.5C above pre-industrial levels).

Some EU member states, including Germany, are making plans to expand imports of fossil fuels to replace the vast quantities of gas Europe currently buys from Russia, which is fuelling the war machine of Vladimir Putin.

But Harjeet Singh, a senior climate impacts adviser at Climate Action Network International, said it was “hypocritical” for Germany and others to “source new fossil fuels abroad while denying support to developing countries from climate-induced superstorms and rising seas”.

Rachel Rose Jackson, a director of climate research and policy at Corporate Accountability, pointed out this was the 30th anniversary of the signing of the UN Framework Convention on Climate Change (UNFCCC). “Thirty years on, global north countries are still dangerously addicted to fossil fuels. While pontificating about ‘keeping 1.5 alive’ , they are failing on a monumental scale to decrease their own fossil fuel use.”

Chiara Martinelli, the director of Climate Action Network Europe, said: “European countries urgently need to massively ramp up their climate and energy targets, rather than displace oil and gas from Russia with those from developing countries, further locking them into fossil fuels. That’s what a climate leader should do.”

Developing countries at Bonn voiced concern that wealthy countries had been slow to propose commitments on “loss and damage”, the term for the impacts of the climate crisis that are too severe to be adapted to. They want a funding mechanism to help their societies and economies to recover but so far there has been little progress on the issue.

Alden Meyer, a senior associate at the E3G thinktank, said the G7 must step forward with funding plans to help poor countries cope with the impacts of the climate crisis when it meets in Germany this month.

“G7 leaders must respond to the clear call by developing countries to sharply scale up finance for loss and damage, and they should instruct their finance ministers to develop concrete proposals on how to fulfil their pledge made last December to help ‘shift the trillions’ for developing country decarbonisation,” he said.

The UN said important technical work had been done at the Bonn conference on 6-16 June. The first steps were taken on a “global stocktake”, stipulated in the 2015 Paris agreement as a way to review global progress towards the 1.5C target.

The Bonn conference, known as an intersessional to the annual conference of the party meetings under the UNFCCC, parent treaty to the 2015 Paris agreement, was intended to provide a bridge between Cop26 and this year’s Cop27 in Sharm el-Sheikh, Egypt.

Patricia Espinosa, the executive secretary of the UNFCCC and the world’s top official on the climate crisis, said: “While much work remains, parties have made progress in several technical areas here in Bonn. Such steps are a key part of negotiations and important to achieve our overall goals.

“The world is moving closer to an overall shift towards implementation of the Paris agreement. Major political decisions, notably on finance for loss and damage, need to be taken at Cop27. We now need to ensure that Sharm el-Sheikh will truly be the place where important promises of the Paris agreement are turned into reality.”

This was Espinosa’s last UN climate conference, as she will reach the end of her second three-year term on 15 July. There was an emotional tribute from delegates in the hall.

Delegates at the conference also recognised the new scientific reports presented by the Intergovernmental Panel on Climate Change this year. Espinosa was presented with a T-shirt bearing the slogan “Science does not negotiate” at the closing session of the talks.