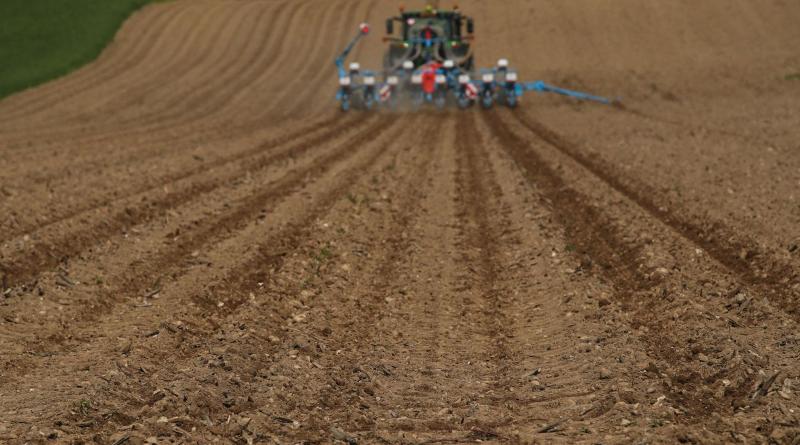 The UN report shows humans are having a devastating impact on the soil and vegetation it supports.

The Intergovernmental Panel on Climate Change (IPCC) warns that agriculture, wide-scale forestry and other land use now accounts for almost a quarter of greenhouse gas emissions.

Panmao Zhai, one of the report authors, said: "There is real potential here through more sustainable land use, reducing over-consumption and waste of food, eliminating the clearing and burning of forests, preventing over-harvesting of fuelwood, and reducing greenhouse gas emissions (to help) address land-related climate change issues."

"Some dietary choices require more land and water, and cause more emissions of heat-trapping gases than others," said Debra Roberts, another of the report's authors.

The report, Climate Change and Land, says humans now use 72% of the planet's ice-free surface to feed, clothe and support the growing population.

But increasing intensification of land use is releasing carbon dioxide from lost vegetation and soil erosion. It's also reducing the capacity of soil to support plant growth and store carbon.

Professor Jane Rickson, of Cranfield University, said 97% of our food comes from the soil; it needs to be better cared for.

"It really is overlooked and undervalued," she told Sky News.

"People take soil for granted. They refer to it as mud or dirt - very negative connotations.

"Yet it is so fundamental to society and the goods and services we get from it."

The report shows humans are having a devastating impact on the soil and vegetation it supports.

A third of all land is now "degraded", increasing the risk of desertification.

A New Climate is a special series of podcasts from Sky News Daily. Listen to the full series here, or subscribe on Apple Podcasts, Google Podcasts,Spotify

And the food sector is responsible for 75% of all deforestation worldwide as trees are felled to make way for farms and cattle ranches.

"A shift to sustainable land management must be accompanied by the necessary rapid and deep cuts to fossil fuel emissions if we are to meet the 1.5°C goal of the Paris Agreement. Action on one alone is not enough."

The report is critical of increasing intensification of agriculture. Farmers now use twice as much water and nine times as much artificial fertiliser as they did in the 1960s.

Helen Browning, an organic farmer and chief executive of the Soil Association, is bringing nature back onto her farm.

The grass is left long to increase the health of the cows and quality of the soil. And nut and fruit trees are being planted to provide shelter and draw carbon out of the air.

She said: "Traditionally we see our forests live over here, and our farmland here.

"By mixing it up, you get some real benefits to overall productivity.

"It's like 3D farming. Tree roots go deep into the soil and will bring up minerals and nutrients that will otherwise be leached away and return them to soil through leaf fall."

#Prof Piers Forster, Professor of Climate Change at Leeds University, said: "In a nutshell we need less pasture and more trees, but really it means thinking much harder about how we use every acre of land.

"Land needs to grow our food, provide biodiversity and fresh water, give work to billions of people, and suck up billions of tonnes of carbon."