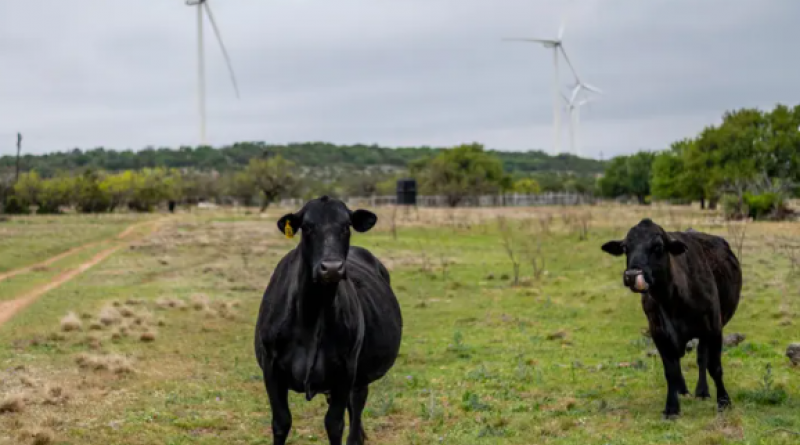 Cutting methane is the ‘strongest lever’ the world has for tackling climate crisis in the short term, according to report.

Rapid action on methane emissions could shave 0.3C off global temperatures by 2045, a report estimates.

Methane is a short-lived but potent greenhouse gas. It is the second-worst contributor to global heating after CO2.

A report led by the UN Environment Programme warns that atmospheric concentrations of methane are at their highest level since records began about 40 years ago – with human-caused emissions largely stemming from animal agriculture, fossil fuel production and the waste industry.

It finds that, through a combination of measures targeted at agriculture, fossil fuel production and the waste industry, methane emissions could be slashed by 45 per cent by the end of the decade.

This level of emissions cuts would enable the world to avoid nearly 0.3C of global heating by 2045, the research estimates. Such a reduction would also be necessary for meeting the Paris Agreement’s goal of limiting global temperature rise to 1.5C above pre-industrial levels by the end of the century, it adds.

As well as being a major driver of the climate crisis, methane is also a key ingredient in the formation of ground-level ozone, a harmful air pollutant. Because of this, slashing methane emissions by 45 per cent by 2030 could also prevent up to 260,000 premature deaths and 775,000 asthma-related hospital visits each year, the research estimates.

Prof Drew Shindell, assessment chair and a climate specialist at Duke University in Durham, North Carolina, told a press briefing: “By applying existing measures to reduce emissions from agriculture, waste and fossil fuels, we can draw down emissions quite dramatically.”

Such “existing measures” include doing more to stop methane leaks associated with coal mining and oil and gas production, he said.

When these existing methods are combined with “additional measures”, a 45 per cent reduction in methane emissions could be achieved by 2030, he added.

A switch to healthier diets including less red meat and more fruit and vegetables could help to deliver large reductions in methane, the scientists said. This is largely because cows and sheep are “ruminants” – meaning they belch out large amounts of methane when digesting food.

The findings of the report demonstrate that, “cutting methane is the strongest lever we have to slow climate change over the next 25 years and complements necessary efforts to reduce CO2”, said Inger Andersen, executive director of the UN Environment Programme.

“The benefits to society, economies, and the environment are numerous and far outweigh the cost,” she said.

“We need international cooperation to urgently reduce methane emissions as much as possible this decade.”

Because methane is a “short-lived” climate pollutant, actions to cut emissions can have a “big impact” in the short term, added Prof Grant Allen, an atmospheric physicist from the University of Manchester who was not involved in the report.

“Methane has a lifetime in the atmosphere of around 10 years, compared with around 100 years for nitrous oxide and around 1,000 for CO2,” he said.

“This means that any reduction in methane emissions we can make now can have big  impacts on slowing the rate of global warming very quickly as methane decays quickly in the atmosphere.

“To be clear, this does not mean that cutting methane emissions alone can solve the warming problem; we must also continue to reduce CO2 emissions to meet Paris Agreement targets and avoid dangerous warming. But it does mean that we can help to quickly slow the rate of global temperature increase and avoid some significant degree of warming in the near future.”

Despite pandemic shutdowns, carbon dioxide and methane surged in 2020.

Scientists Say Methane Release Is Starting in Arctic Ocean. How Concerned Should We Be?