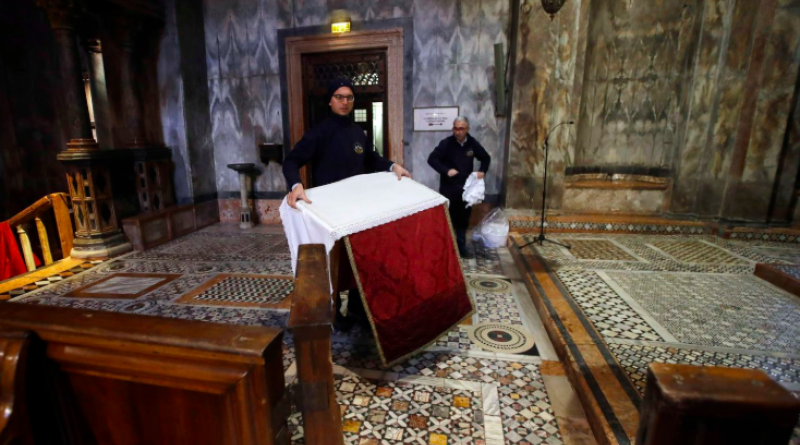 The historic city of Venice (a UNESCO world heritage site) flooded for the third time in a week, with Piazza St. Mark closed to tourists again on Sunday, and in Pisa and Florence torrential rains threaten to flood there too as the President of the region warned of a “flood wave” on the Arno that threads through both cities. Venice houses hundreds of priceless artworks by the Italian Renaissance masters and is full of historic sights, such as St. Mark’s Cathedral that dates back one thousand years, historic basilicas, and a series of famous canals.

Why This Matters:  Venice is a world treasure — it’s a city that floods with millions of tourists each year and is home to about 50,000 residents who depend on them. Its future is very much in doubt given the repeated and devastating floods — its residents are beginning to believe they are fighting a losing battle.  While some of the priceless art can be saved by moving it to higher ground, the buildings and the treasures that are part of their walls, as well as the romantic canals and squares like St. Mark’s, cannot simply be moved to higher ground.  Once submerged they are gone for good. This tragedy may seem half a world away, but it is a harbinger of things to come — the same thing could soon happen in lower New Orleans, Manhattan and Miami Beach.

According to The Washington Post, the city has been losing residents for years, due to a trio of inundation — floods, high prices, and overcrowding due to tourists.  Experts say climate change is taking its toll by making the city less accessible for everyone “as the very attractions tourists and locals enjoy dissolve.”  The damage to the relics will be hard to restore.

It is not just a question of whether restoration is possible, it is also the safety of the structures themselves even after they dry out.

“Venice is used to being constantly surrounded by water, but this is really something else,” Toto Bergamo Rossi, director of Venetian Heritage, told CNN. “The main issue is saltwater. When salt permeates the materials of these buildings — be them marble, tiling, plaster or wood — it crystallizes and ascends vertically once the weather gets drier, from the ground to the first floor and so on. It’s almost like a cancer for these structures, all the more so when they are so old. The entire wall system can be affected.”