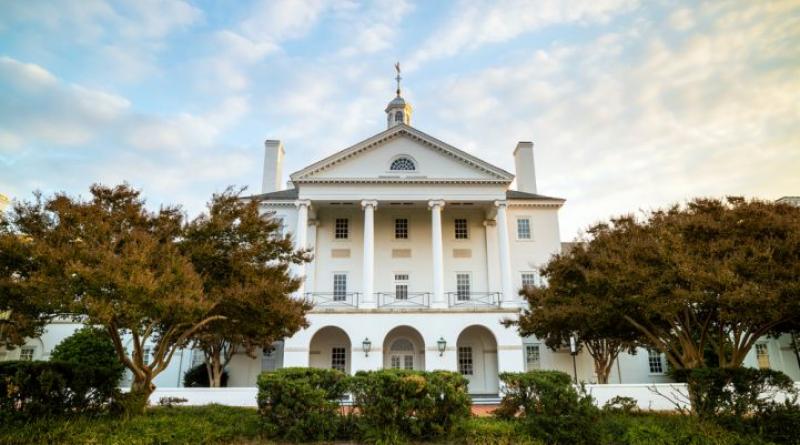 Virginia has become the latest state to pass a law that sets it on a path to 100 percent carbon-free electricity by 2045, as well as setting targets for massive investments in energy efficiency, energy storage, and in-state solar and wind power.

The Clean Economy Act passed Virginia’s House of Delegates by a 51-45 vote on Thursday and the state Senate by a 22-17 vote on Friday, clearing the way for the bill to be signed by Governor Ralph Northam, who issued an executive order calling for it last year.

Both votes were carried by Democrats who won majorities in both houses from Republicans in last year’s election, although one House Democrat voted against it and one Republican Senator voted in favor of it.

The primary feature of the law, SB 851, is its call for Dominion Virginia (the state’s dominant utility) and the smaller Appalachian Power Co. to supply 30 percent of their power from renewables by 2030, and to close all carbon-emitting power plants by 2045 for Dominion and by 2050 for Appalachian.

For Dominion Virginia, this will mean securing enough renewables to replace coal plants that supply roughly one-quarter of its electricity and natural-gas plants that supply about another third. Dominion also gets more than one-third of its energy from nuclear power.

That goes beyond the goals of parent company Dominion Energy, which has set its own 100 percent net-zero emissions goal for its 18-state utility, generation and natural-gas operations. It also puts pressure on Dominion Virginia to massively expand renewables, which currently make up about 5 percent of its resource mix. Those existing renewables are largely hydropower and biomass.

To bolster the economics for this expansion, the law will bring Virginia into the Regional Greenhouse Gas Initiative, opening the market for renewables to earn money through the multistate carbon cap-and-trade markets. And to help balance intermittent wind and solar power, it calls for Dominion to procure at least 2.7 gigawatts of energy storage by 2035; along with Appalachian’s target of 400 megawatts, it is one of the biggest statewide storage mandates in the country.

It also opens up clean-energy opportunities at the customer level, with expansions to solar net metering, new pathways for commercial customers to procure clean energy, and the state’s first energy-efficiency mandates for Dominion, which must achieve 5 percent cumulative savings through 2025, and Appalachian, which must hit 2 percent by then.

All told, it’s a massive step forward for a state that has had no binding renewable energy or efficiency mandates until now, said Harry Godfrey, executive director of the Virginia chapter of the Advanced Energy Economy industry group. “The thing that’s notable here is the speed at which we’re changing this policy.”

Wind and solar energy to expand, with more third-party options

Dominion’s long-held lobbying clout in Virginia politics has been challenged in recent years, with lawmakers, clean-energy advocates and big corporate energy customers demanding changes to policies that have limited residential and third-party renewable energy development in the state.

They’ve also sought changes to a framework created by the 2018 Grid Transformation and Security Act, which allowed the utility to rate-base large renewable energy, energy storage and grid projects with little oversight from state regulators, in return for its commitment to invest $870 million on energy efficiency and invest in smart meters, grid sensors and other grid modernization efforts.

While the Clean Economy Act doesn’t do away entirely with that policy framework, it does offer the State Corporation Commission (SCC) more oversight over major projects, Godfrey said. For example, Dominion’s 2.6-gigawatt offshore wind project, to be built and rate-based by the utility, will have cost caps and “extensive SCC oversight layered in,” he said.

But Virginia lawmakers and wind industry groups have largely supported Dominion’s efforts, even as they’ve grown wary of potential cost overruns. The new law sets an offshore wind target of 5.2 gigawatts by 2034, the third-largest state commitment in the U.S., ranking behind only New York’s 9 gigawatts by 2035 and New Jersey’s 7.5 gigawatts by 2035. The move could bolster the state’s hopes of hosting a Siemens Gamesa wind turbine blade factory.

The law will also allow third-party developers to own 35 percent of the more than 16 gigawatts of onshore wind and solar power that Dominion will need to procure by 2035 under its renewable portfolio standard, with 65 percent to be owned by the utility. That’s a slight increase from the 25 percent-75 percent ownership structure set in place in 2018.

Solar power will also get a significant boost from several other provisions, originally introduced under a Solar Freedom Bill supported by the Sierra Club and in-state solar industry groups, Godfrey noted. Those include lifting Dominion’s net metering cap from its current 1 percent to 5 percent, with an additional 1 percent reserved for low-income customers, a move that will open up what’s been a stalled state rooftop solar market.

The law will also drastically expand the state’s pilot program that allows large commercial and industrial customers to contract for renewable energy under power-purchase agreements, from today’s 50 megawatts to 1,000 megawatts. This will help satisfy demands for clean energy from big-box retailers like Target, Walmart and Costco and key data center clients such as Apple, AWS and Microsoft.

And in a significant long-term policy shift, the new law orders the SCC to include the “social cost of carbon” in its calculations of costs and benefits of competing generation and grid investment options in the future, Godfrey noted. That will allow state regulators to consider carbon reduction as part of its review of long-term utility plans, such as Dominion's integrated resource plan, which have come under fire for relying on natural gas for decades to come.

Solar is saving the University of Virginia $1 million per year