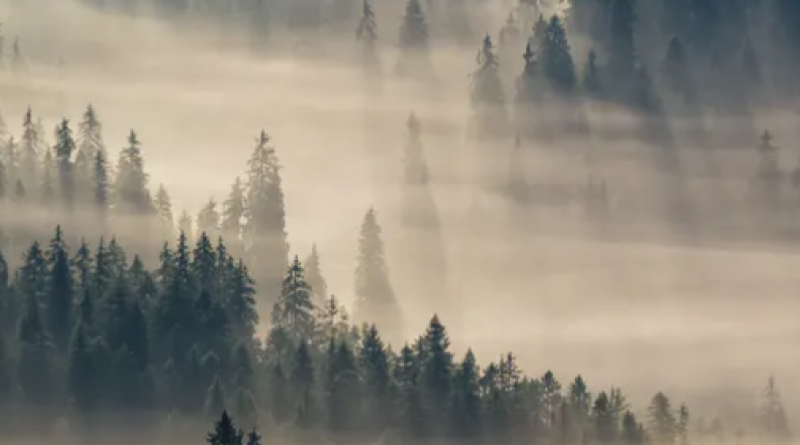 Net zero emission pledges by countries and companies are everywhere at the moment. Most of these pledges rely on massive amounts of carbon removal, yet details on how this will transpire remain largely absent. The COP26 agreement suggests that markets will play a central role, but there are significant problems with this approach.

Carbon removal, also known as “negative emissions”, is the process of removing large amounts of CO₂ from the atmosphere. The most popular version involves planting trees, but there are other methods as well. These include combining bioenergy power plants with carbon capture and storage, or a technology called direct air capture. Both of these currently only exist at tiny scales.

Many activists and scientists consider large-scale carbon removal an unachievable pipedream and a major distraction from near-term emission reductions. Others maintain that the window for achieving ambitious climate targets through emissions cuts alone has closed and that it would be irresponsible or even unjust to write off carbon removal completely.

Irrespective of where you stand in this debate, one thing is becoming increasingly clear: we cannot leave it to markets to decide whether and how to remove carbon from the atmosphere. Yet that is exactly what is happening. With everyone from European oil majors to big tech eyeing up investments, the carbon removal agenda is rapidly becoming a function of market demand.

Already, we are seeing dramatic growth in forest-based carbon offsets, even though carbon stored in trees cannot compensate for continued fossil fuel emissions. Meanwhile, corporations such as Microsoft are taking a more long-term approach by investing in direct air capture and a variety of other new technologies.

The new market mechanism that countries agreed to at COP26 promises to amplify this trend. Proponents hope it will bring about a veritable boom in carbon offsets, where removals will likely play an increasing role. While it wouldn’t be the first time such high hopes end up deflated, many corporations clearly see the prospect of (cheap) removal credits as an appealing alternative to direct emission cuts.

In light of the corporate-friendly, market-based regime that has dominated climate politics for decades, it is hardly a surprise that carbon removal governance is moving in this direction. But this approach closes down a conversation on some crucial questions: if large-scale carbon removal is to be used, then what and whose emissions should it compensate for, and how should those decisions be made?

Whose emissions are “unavoidable”?

In scientific models, one of the main features of carbon removal is its ability to “cancel out” continued greenhouse gas emissions, creating a climate-neutral balance between emissions and removals (hence the “net” in net zero). This allows some carbon-intensive activities to continue while still meeting climate goals.

This balancing act is necessary, the argument goes, because some emissions are particularly hard (or uneconomical) to eliminate, at least over the coming decades. Commonly mentioned examples are emissions from steel and cement production, agriculture, shipping, and aviation. While this might sound reasonable, there are no binding rules or criteria for deciding which emissions belong in this “hard-to-abate” or “residual” category. Despite efforts by NGOs and private actors to define voluntary standards it is, in effect, countries and companies themselves that currently get to define what emissions are hard-to-abate, hence how much removal they will need to rely on.

This obviously creates opportunities for greenwashing – and corporate net zero pledges already offer countless examples in this direction. But there is an additional concern: the demand from corporations seeking compensation for what they consider “necessary” emissions risks overshooting the realistic maximum amount of carbon removal, and takes away opportunities from those with a more legitimate need for continued emissions in the near-term.

It is important to remember that realistic carbon removal capacity is limited. The more removals that countries and companies rely on, the more energy, land and resources they will require. To minimise undesirable outcomes for people and ecosystems, it is crucial to limit the need for carbon removal.

What is at stake, then, is the use and allocation of limited carbon removal capacity (you could call it a “residual emissions budget”). This begs the question: whose emissions are worth compensating? What kind of activities or groups of people have a legitimate claim on residual emissions?

To leave these decisions up to the market is to give up on the idea that carbon removal needs to proceed in a just and responsible way. It essentially means that those with the most purchasing power can appropriate the largest share of the residual emissions budget, to compensate for carbon-intensive activities of their own choosing.

A fairer allocation model would instead acknowledge that some countries have more capacity, and responsibility, for rapid emission reductions than others, and would allow developing countries to use most of the residual emissions budget. In such a model, it should still be wealthy countries and corporations that carry the burdens of carbon removal – they would just not be able to count this towards their own mitigation targets.

At present, the carbon removal market is a free-for-all, and allowing this to continue will likely lead to a race to the bottom and the proliferation of low-quality projects. The history of carbon markets is rife with examples of profiteering, land grabbing, the violation of human rights and projects that failed to deliver overall mitigation benefits. These are clear warning signs for anyone professing the merits of a carbon removal market.

Whether to include carbon removal in mitigation efforts, how much, and how to allocate that limited allowance between different actors, are important political questions for democratic institutions to decide on, not markets or private capital. If governments are serious about justice and environmental integrity, then they urgently need to step up the regulation of carbon removal. At a minimum, governments need to agree on a constrained residual emissions budget and binding, climate justice-aligned criteria for the kinds of emissions that carbon removal can compensate for, and how that should be done.