We’ve had information campaigns on Brexit and Covid. What about the climate? 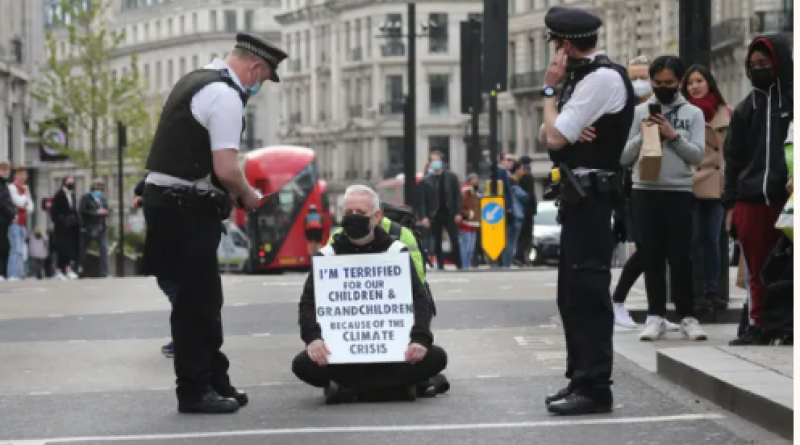 In the runup to Cop26, public knowledge about the crisis is shallow, with few understanding the scale of the threat.

One of the key lessons of the Covid-19 pandemic is that strong policies require strong public engagement: people needed to understand the nature of the virus before they would tolerate constraints on their lives or provide the government with a mandate for action.

Yet the world faces another major problem that is already transforming economies, infrastructure and way of life: the climate crisis. And in this case, governments have miserably failed to inform or consult their citizens. Not one of the highest-polluting nations attending Joe Biden’s climate summit last week has a coherent strategy or dedicated national budget for public engagement.

Citizens are largely unaware that we have a “right to know” about the climate crisis: article six of the Rio climate convention (1992) commits governments to informing, educating and consulting their citizens. This binding commitment was repeated, almost word for word, in the 2015 Paris agreement.

At first glance, the lack of engagement might not appear to be a problem. After all, large and growing majorities across the world say that they are concerned and perceive climate breakdown to be a threat. However, this awareness is shallow, and few people understand the speed and scale of the threat. The government’s own research shows that only about half of people in Britain accept that human activity is the primary cause of climate breakdown. And according to a 2019 report, only about a third of people understand that there is a consensus shared by the vast majority of scientists.

This raises multiple challenges for policymakers. How can they expect rapid decarbonisation to be accepted by citizens who do not fully understand the evidence behind those policies? How can they expect people to accept the imperative of limiting global heating to 1.5C when, according to one British poll, most people guessed it would only become dangerous at eight degrees?

And can they be surprised if people resent and resist policies for which a mandate has never been sought or earned? As we have found with Covid-19, when people are poorly engaged, denial and distrust can spread through real-life conversations and social media. In 2014, resistance to carbon pricing in Australia brought down the government. President Macron was forced to withdraw a climate tax on fuel after the “gilets jaunes” protests erupted on French streets in 2018. Without a shared national understanding of the climate crisis, such mild climate change policies – far weaker than those required to meet the new climate targets – readily became a proxy for social disenfranchisement and political polarisation.

The greatest concern is that the world’s most vulnerable people still remained severely unprepared for the impact of climate breakdown. Two years of research across north Africa by Climate Outreach, of which I’m a founding director, found that most people could speak eloquently of the changes they had already experienced – such as droughts and record temperatures – but had little or no understanding of the speed or severity of future impacts or what it was likely to mean for their communities. The lack of information in this region is a threat multiplier, reducing people’s ability to make informed decisions or prepare in advance of extreme weather events.

It’s time for governments to launch a sustained and informed engagement with their citizens.

Were the British government to accept this challenge – after all, it is hungry for opportunities to show climate leadership – it should apply the same level of investment that it has routinely applied to other priority issues; like the £8m it spent in 2004 sending every household a 22-page leaflet on the dangers of terrorism, the £100m it budgeted for the “Get Ready for Brexit” campaign, or the £184m it spent throughout 2020 engaging citizens about Covid-19.

However, this recent experience with Covid-19 also reminds us that many people, especially in the more sceptical groups, are deeply distrustful of politicians and slick messaging. Governments must resist the instinctive urge to blow budgets on short-lived campaigns of advertisements, celebrity endorsements and political sloganeering. Some background publicity is valuable, but our research shows that communicating about the climate crisis also requires a more sustained approach: recruiting authentic and trusted communicators, training scientists to speak skilfully, tailoring messaging to the values of different audiences, and reaching people through their communities, workplaces and faith networks. After all, the aim is to build shared understanding, not to sell a product.

Whitehall would do well to look north of the border. For the past 13 years, the Scottish government has been quietly and steadily supporting community organisations to initiate local conversations about the climate on a modest, £8.5m annual budget. We know what to do, but it must be scaled up.

Finally, the government must accept that building a collective mandate requires it to reach all people, paying particular attention to those who are sceptical, marginalised and disengaged. There are excellent models from health, addiction and literacy campaigns that provide clear strategies, targets and measures of success. At present, climate engagement has none of these.

And as we approach the Cop26 climate conference, we must question the technocratic culture that assumes carbon targets can be delivered solely through smart engineering and spreadsheets. We hear much about leadership, but leadership is meaningless without followers, and ambition is a fantasy unless it is widely shared and supported. Public engagement is not window dressing; it is the essential foundation for all policy.

Why don’t we treat climate change like an infectious disease?

‘We are a disease that is infecting our planet’: Jason Momoa urges climate action.

The climate crisis is still here.