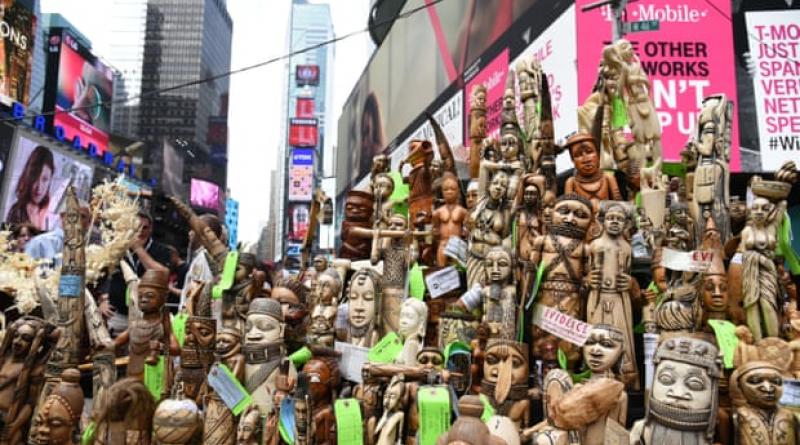 Animals traded for pet industry, bushmeat, traditional medicine, ivory and lab use declined locally by up to 99.9%.

Wildlife populations decline by an average of 62% in areas where species are traded, pushing some closer to extinction, according to a new report.

The first analysis to quantify the impact of the legal and illegal wildlife trade looked at 133 land-based species and found the most endangered – which typically have smaller populations – are most at risk, with average declines of 81%. In some cases this resulted in local disappearances, with certain populations of spider monkeys and Baird’s tapir declining by 99.9%, according to an international team of researchers led by Sheffield University.

Multiple local disappearances could lead to global extinctions, the research found. “Our paper shows wildlife trade causes species to decline, which is a massive concern, because where species decline there is always a risk they could go extinct,” said lead researcher Oscar Morton, a PhD student at Sheffield University.

Some estimates suggest the illegal wildlife trade could be worth as much as $23bn (£16.5bn) a year, with more than 100 million plants and animals trafficked annually. The global impact of this trade on species in the wild was previously unknown. “We reviewed thousands of published articles, in a huge comprehensive search of the available research. Then we analysed all this data from all these different species,” said Morton.

The team looked at the local and international wildlife trade, as well as legal and illegal trade. “All trade leads to the same result – removing species from their habitat. Some illegal trade is sustainable but some legal trade is horrifically unsustainable. Here we wanted to assess the overall impacts,” said Morton.

The main drivers of wildlife trafficking are the pet industry, bushmeat (defined as wildlife traded for food consumption), traditional medicine, ivory and laboratory use. The study did not include subsistence-based bushmeat eaten by the communities that hunted it.

The researchers found only 31 studies that contained sufficiently rigorous data on population impacts, according to the paper, published in Nature Ecology & Evolution. These included 506 data samples containing population information on 99 species of mammal, 24 species of bird and 10 species of reptile.

Researchers compared areas where wildlife trade was active to unexploited control sites. They found that wildlife trade was driving population declines in 56%, even in protected areas. This research follows a study published in Science in 2019 which found 18% of the world’s known land-based vertebrates are included in the wildlife trade, 50% more than previous estimates.

“All of these diverse forms of trade are suppressing wildlife abundance really dramatically,” said one of the paper’s authors, David Edwards, professor of conservation science at Sheffield University, who described the findings as “sobering”.

“The fact that we are seeing such severe declines over many different kinds of species and across different scales at which trade’s occurring – I think that is a surprise. And I think it’s something we all need to be really concerned about,” he said.

There was a lack of sufficiently rigorous data to include amphibians, invertebrates, cacti and orchids in the analysis, despite being significant parts of the global wildlife trade. There were also “several alarming patterns” in the geographic coverage of suitable studies, with only four from Asia, one from North America and none in Europe, the researchers found. Most studies were focused on South America and parts of Africa.

“Lots of people who read this in the UK might not think this is anything to do with them. But it’s about our wider relationship with wildlife, which we view as a replenishable commodity. If it’s not proven to be sustainable, why do we assume it is?” said Morton.

National and international trade – which were found to be more significant drivers of decline than local trade – generally involve the extraction and trade of species of high commercial value, such as ivory from African elephants, horns from Javan rhinoceros and pangolin scales from across Asia and Africa.

Local wildlife trade involving the extraction or commercialisation of bushmeat supports an estimated 150 million households. Researchers say there is an urgent need for quantitative studies that support the potential for well-managed trade. “Many hunters are likely already following sustainable practices and there needs to be widespread skill-sharing of these,” said Morton.

The researchers said there should be better protective measures for threatened species and more research on the impacts of specific species at a local level. “Improved management, tackling both unsustainable demand and trade reporting must be a conservation priority to prevent rampant trade-induced declines,” they wrote in the paper.

Dr Harry Marshall, a conservationist from Manchester Metropolitan University who was not involved in the research, said the methodology was robust and it was important to address the lack of research in the area.

“This research is important as it demonstrates quantitatively the impact trade is having on species on a global scale, which is potentially very large and concerning for certain species.”

Marshall said the impact of trade on population declines was predictable, but he was surprised that the study included legal trade. “The impact of legal trade is often ignored and only recently being taken seriously, so it is good to see this covered,” he said.