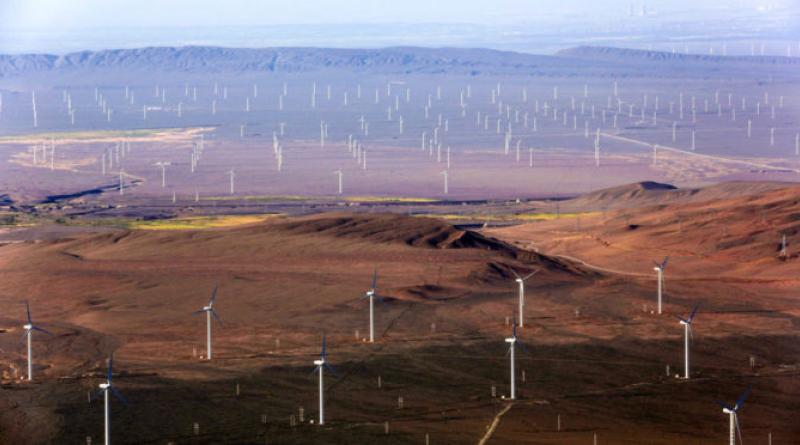 The Liangshan Yi Autonomous Prefecture was home to Sichuan’s first ever wind power base in 2011, and it is now the largest one in Southwestern China. Zheng Songwu has this report.

Nobody had believed that the wind in Sichuan could prove as effective as it is today, mainly due to the technology at the time still being in development. That was until Dechang, a county located in the south of the province proved otherwise.

ZHANG HUI Deputy Director, Dechang Development and Reform Bureau “The wind power in Dechang was very sufficient, the wind direction was stable, and always concentrated down the valley. Its speed was a steady six meters per second, so we believed these were all good elements towards building a wind power base.”

With a capacity of 400 million Kilowatt-hours per year, both the weather and the turbines have their part to play.

The first eight turbines are still running today, so far they have had a cumulative capacity of 300 million kilowatt-hours, saving about 100,000 tons of coal and reducing 200,000 tons of carbon. To develop the wind power industry, Dechang also set up a company to produce the turbines. More than one hundred turbines on average are produced by the company every year, selling to other cities in Southwest China. Besides the wind, Dechang is also looking at other ways to harness environmentally friendly power.

ZHANG HUI Deputy Director, Dechang Development and Reform Bureau “Solar energy and hydro-energy, as well as our forest resources, are also sufficient, and we will make our county a big clean energy base in Sichuan to save energy for the world.”

China Is Finding Fewer Reliable Sources of Coal. That Could Be Bad News for the Climate