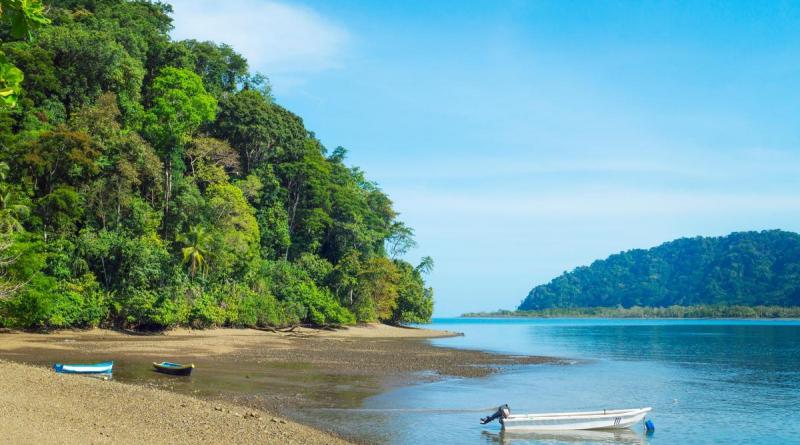 Costa Rica is on track to be the first country in the world to achieve carbon neutrality, the country's environment minister has said.

The Central American nation of 4.9 million people has a hugely ambitious climate policy agenda, leading the way in innovative thinking.

On Saturday, Carlos Manuel Rodriguez, its Minister for Environment and Energy, arrived in Dubai for the World Economic Forum's Global Future Councils meeting.

The annual gathering brings together more than 600 academics, business leaders and government officials to address global, regional and geopolitical issues.

“Costa Rica has understood that… the neoclassic economic model is unable to reflect what we do with nature,” Mr Rodriguez told The National.

“Unless we are able to change it, we will collapse as a society. If our economic model does not reflect the good and the bad we do to nature, mother nature will pass on an invoice that we will never be able to pay.”

Renewable energy currently meets 98 per cent of the nation’s energy requirements, in part due to forward-thinking strategies put in place more than 30 years ago.

In the 1980s, the country began an aggressive reforestation programme after its forestry had dwindled by three quarters in just a few decades.

Today, its forests cover more than half the country and are a strong draw for ecotourism, which now accounts for 8.2 per cent of GDP.

“Costa Rica has doubled the size of our forest in a period the economy tripled, meaning that we can protect or restore nature and it is not a burden for development,” said Mr Rodriguez.

Costa Rica also introduced a carbon tax on gasoline half a century ago to fund environmental conservation. It added a 3.5 per cent levy to hydrocarbons in 1997.

“In the case of Costa Rica, even though our emissions are small on a global level, we see the decarbonisation of our economy as a way to transition to a new development paradigm,” said Mr Rodriguez.

“It’s not just moving to a carbon free society, it’s moving towards what we call the fourth industrial revolution: automatisation, digitalisation and a de-carbonised society.

“We see it as a great opportunity to prosper, to generate more quality jobs and to have happier people.”

Today, Costa Rica is tackling transportation, which accounts for two-thirds of national emissions.

It has lifted all taxes on the sale of electric vehicles, installed an extensive infrastructure for public charge points and begun to replace buses with electric substitutes. The target is 40 per cent of all the country’s vehicles to be electric by 2030.

In the same period, officials would like to see the number of cars in the country drop by a third by offering better alternatives.

To that end, the government has plans to construct an electric train in San Jose, the capital, which is due for completion in 2025.

These policies have made Costa Rica a poster child for a decarbonised economy.

Mr Rodriguez believes that states like the Emirates can apply many of these policies. First, the country must commit to a long-term decarbonisation plan.

The UAE has broadly pledged energy diversification but national emissions are set to increase by 50 per cent between 2010 and 2030, according to Climate Change Tracker, an independent body that measures government action against the internationally agreed Paris Agreement.

The region’s solar power potential is a “magnificent opportunity” and advances in wireless energy transfer could add to that economic boon, Mr Rodriguez said.

“I think that the Emirates may have a strong role in the global transition to a new energy paradigm,” he said.

“If we solve the energy issue and we don’t solve the deforestation issue, we will never achieve anything.

“The Arab nations are in the best location for energy solutions but need to engage more with tropical countries on deforestation and forest restoration.”

PreCOP25 in Costa Rica Serves as Springboard for Climate Ambition towards COP25 in Chile.