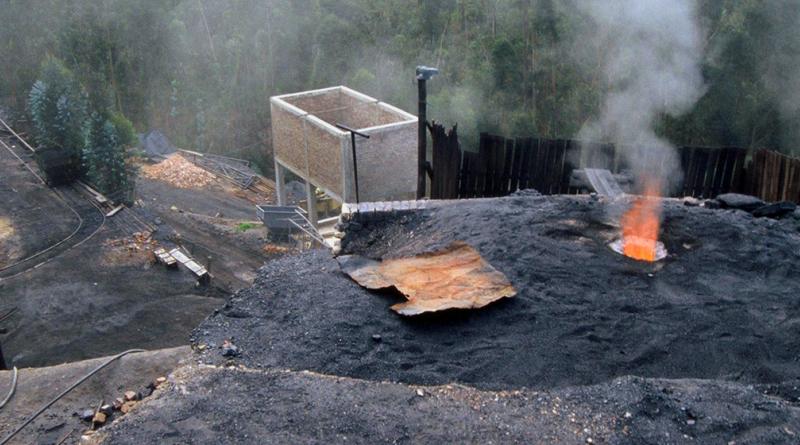 Access to electricity has transformed the world, helping countries to develop their economies, and lifting millions out of poverty. However, this success has come at a great cost: the energy sector, heavily reliant on fossil fuels, is responsible for some 40 per cent of global carbon dioxide emissions – one of the so-called greenhouse gases, which trap heat in the atmosphere and warm the Earth – and almost two-thirds of these emissions come from coal.

But, despite the United Nations calling urgently for an end to fossil fuels, hundreds of new coal-fired power stations are still being built, and hundreds more are in the pipeline. Is the world ready for a new era of clean, cheap and accessible energy for all?

Kick the coal habit, and put a price on carbon, urges UN chief 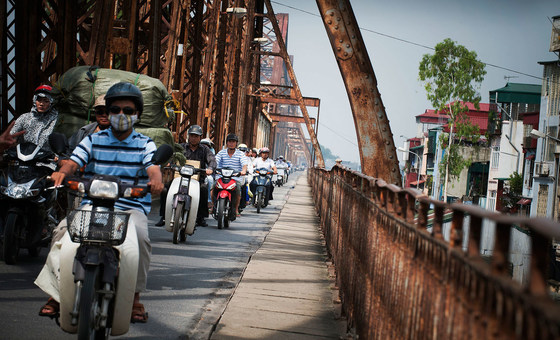 The UN is ramping up pressure on countries to end their reliance on coal, with Secretary-General António Guterresunambiguously spelling out the Organization’s position in his recent declarations.

The UN chief has called for taxes to be placed on carbon emissions, an end to the trillions of dollars’ worth of estimated subsidies for fossil fuels, and for the construction of coal-fired power stations to be halted by 2020, if we are to stand a chance of ending the climate crisis.

Many countries, particularly developed economies, are starting to heed the UN’s message. However, Southeast Asia, one of the fastest-growing economic regions in the world, appears to be stuck on fossil fuels as the answer to its energy needs: In November, Mr. Guterres told a meeting of the ASEAN (Association of Southeast Asian Nations) group in Thailand that coal “remains a major threat in relation to climate change”, adding that countries in Southeast Asia are some of the most vulnerable to climate change. 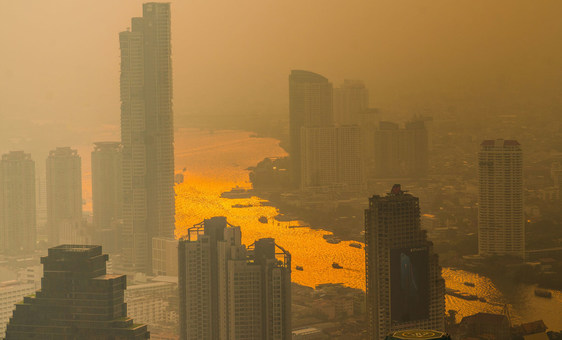 According to studies by theInternational Energy Agency, the region is expected to become a key driver of world energy trends over the next 20 years. Millions of people in Southeast Asia have gained access to electricity since 2000, and the region is on the way to achieving universal access by 2030.

The UN-backed Sustainable Energy for All (SEforALL), has compiled data showing that the region has the third highest number of coal power plants in the pipeline after China and India. Indonesia, Viet Nam and the Philippines have the largest coal plant pipeline of all South East Asian countries, with Malaysia and Thailand not far behind.

The wealthier Asian countries are also bankrolling coal beyond their borders: State-owned financial agencies in China, Japan, and South Korea are now, respectively, the largest sources of funding for coal plants in other countries: researchfrom SEforALL shows that China was the largest international source international source of finance for coal, committing more than $1.7 billion in 2015/2016.

Nevertheless, the world, as a whole, is slowly moving in the right direction, and the number of plants currently being planned is falling. The amount of permits of new coal plants has dropped to record lows, and over a thousand have been cancelled,  a reflection of a tougher economic climate for coal plant developers, and the growing consensus for the need to limit global warming, and protect human health.

In November 2019, four years after the Paris Agreement, a key UN climate conference at which countries committed to step up efforts to limit global warming to 1.5°C above pre-industrial temperatures and boost climate action financing, the UN Secretary-General convened a Climate Action Summit in New York, where many nations announced beefed-up measures to combat the climate crisis, including putting limits on the amount of electricity produced from coal-based sources.

The UK, for example, is expected to completely phase out coal in the next few years, Germany – one of the world’s biggest users of coal – has agreed to stop by 2038, and eight other European Union countries have announced that they will put an end to coal use by 2030. Chile has pledged to close all of its coal-fired power stations by 2040, and South Korea will close 10 plants by 2022.

A “Powering Past Coal Alliance”, made up of 32 countries, 25 regional, provincial and municipal level governments, and 34 business members,  announced new members, including Germany and Slovakia, at the conference, committed to speeding up the transition from coal-based to clean energy, and to lead global efforts to curtail coal use. 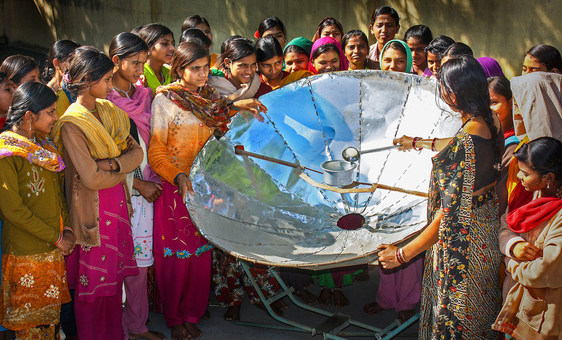 In addition, more and more countries, and businesses, acknowledge that the use of renewable energy is not only the right thing to do for the planet, it also makes economic sense.

Technology already exists to enable the world to transition away from coal, and other fossil fuels; and also to connect the 840 million people who still don’t have access to electricity to clean, renewable energy sources. And it’s affordable.

SEforALL research shows that renewables are now the cheapest form of new electricity generation across two thirds of the world — cheaper than both new coal and new natural gas power – and, by 2030, wind and solar will undercut coal and gas almost everywhere.

Disconnect between words and actions

However, even with the decline in coal use, and growth in the use of renewables, the transition to clean energy is not taking place quickly enough, and there is still a big gap between countries’ climate commitments, and their planned production of fossil fuels, as demonstrated by the 2019 Production Gap report, the first of its kind, from the UN Environment Programme (UNEP) and research partners.

“Despite more than two decades of climate policy making, fossil fuel production levels are higher than ever,” Måns Nilsson, head of the Stockholm Environment Institute, one of the organizations that produced the study, said in a press release. “This report shows that governments’ continued support for coal, oil and gas extraction is a big part of the problem. We’re in a deep hole, and we need to stop digging.”

In 2020, the UN launches a Decade of Action, to kickstart efforts to achieve the goals that make up the 2030 Agenda for Sustainable Development. When it comes to energy, the goal is to ensure affordable, reliable, sustainable and modern energy for all: the challenge for the UN, and the world, is to rapidly speed up the move towards renewables, and kick the coal habit once and for all.

Climate defenders: The woman helping coal miners to save the planet.