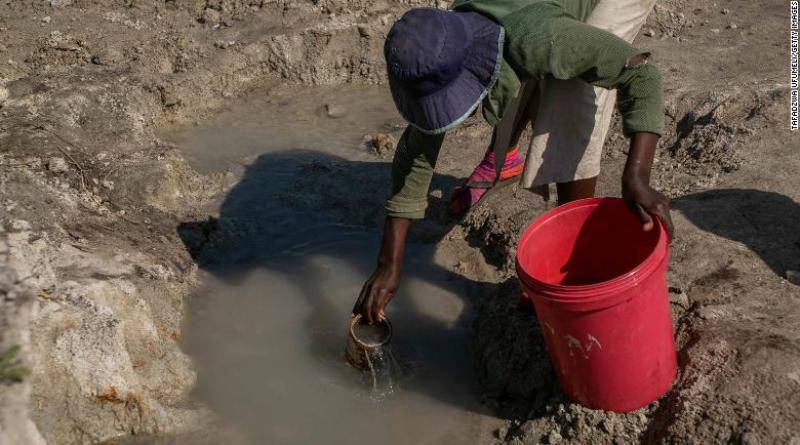 Harare (CNN)Authorities in Zimbawe are scrambling to meet the water needs of the country's capital Harare after the city's main water treatment plant was shut down on Monday, leaving 1 million people without tap water.

Zimbabwe was hit by a severe drought between October 2018 and May this year, but Harare's Deputy Mayor Herbert Mupamaonde said a prolonged shortage of foreign currency to import water purifying chemicals has worsened the situation.

Mupamaonde said officials have sought a week's supply of chemicals from Bulawayo, the country's second-biggest city, to resume operation and they hoped to get water running in homes by late Tuesday.

"The secured quantities will only last seven days during which period other quantities will be secured. We are currently engaging all stakeholders, including the government to find a lasting solution to the water crisis," Mupamaonde said Tuesday.

The Morton Jaffery water plant, which supplies Harare and surrounding towns with water had been struggling to stay in operation since June before it shut down on Monday.

Tambudzai Murwa who lives in Mufakose, one of Harare townships, told CNN she has dug a well to meet her needs since authorities started rationing water to her home this year.

"We hardly have water in our taps. We pray daily that the cholera outbreak does not recur. A few boreholes were dug, but you have to queue for long to get water, yet we have other things that we have to queue for in our lives," she said.

The southern African nation is struggling to cope under the double impact of the drought and a cyclone that devastated food harvests in March.

More than two million people Zimbabweans are facing starvation, the UN food agency said in a report and a third of the country's population will need food aid by 2020, according to the United Nations Children's Fund.

In August, the government and the UN in Zimbabwe launched a donor appeal calling for US$331 million to assist those affected in the country.