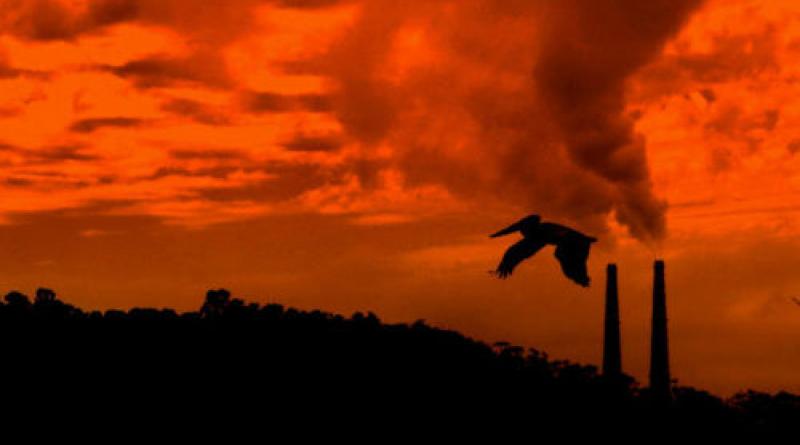 Scientists are looking ahead to a “worrying” jump in atmospheric carbon dioxide concentrations this year, right on the heels of a report declaring 2018 the fourth-warmest year on record.

The annual CO2 increase is driven by fossil fuel use and deforestation, but will be compounded by this year’s El Niño warming event. “Every year, the Earth’s natural carbon sinks such as forests soak up large amounts of CO2 produced by human activities,” the BBC explains. But “in years when the tropical Pacific region is warmer like this year, trees and plants grow less and absorb smaller amounts of the gas.”

Which means a spike in the annual increase in atmospheric CO2 that the Mauna Loa laboratory in Hawaii has been tracking since 1958, documenting a 30% rise over that time. “The warm sea surface conditions now will continue over the next few months and that will lead into the vegetation response,” said Dr. Chris Jones of the UK’s Met Office. “Around the world, this heat has different impacts. In some places, it’s hotter and drier and you get more forest fires. In a tropical rainforest, for instance, you reduce the natural growth of the vegetation.”

The Met office is predicting a 2.75 part per million CO2 increase for 2019, bringing total atmospheric concentrations to 411 ppm.

While the El Niño years of 2015-16 and 1997-98 still hold the records for the largest annual rise, “the year-on-year increase of CO2 is getting steadily bigger as it has done throughout the whole of the 20th century,” Jones told the BBC. “What we are seeing for next year will be one of the biggest on record, and it will certainly lead to the highest concentration of CO2.”

“Some tempering in the rate of increase arises from the Earth’s ability to absorb CO2 from the atmosphere, but that can change year-on-year as the Met Office forecast shows,” agreed Dr. Anna Jones of the British Antarctic Survey. “What’s critical, however, is that the persistent rise in atmospheric CO2 is entirely at odds with the ambition to limit global warming to 1.5°C. We need to see a reduction in the rate of CO2 emissions, not an increase.”

The Guardian notes that atmospheric CO2 levels “have not as been as high as today for three to five million years, “when the global temperature was 2.0 to 3.0°C warmer and the sea level was 10 to 20 metres higher. Climate action must be increased fivefold to limit warming to the 1.5°C rise above pre-industrial levels that scientists advise, according to the UN. But the past four years have been the hottest on record and global emissions are rising again after a brief pause.”

Both news reports explain the variations in month-by-month atmospheric CO2 levels through the year. “Looking at the monthly figures, it’s as if you can see the planet ‘breathing’ as the levels of CO2 fall and rise with the seasonal cycle of plant growth and decay in the northern hemisphere,” Prof. Richard Betts of the Met Office’s Hadley Centre told The Guardian. “The graph is a thing of beauty, but also a stark reminder of human impact on climate. Each year’s CO2 is higher than the last, and this will keep happening until humans stop adding CO2 to the atmosphere.”

“This news is worrying and compelling,” agreed Lancaster University soil carbon specialist Nick Ostle. “It represents a call to innovate with rapid and radical responses to offset these growing emissions.” He added that rising CO2 concentrations represent “a massive challenge, but there are real opportunities to make an impact individually and globally” by curbing fossil fuel use, deforestation, and greenhouse gas emissions from livestock.