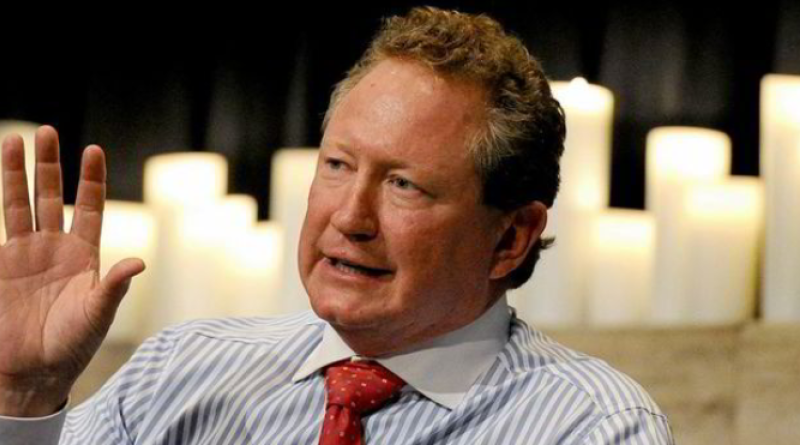 Fortescue Future Industries (FFI), owned by Australian billionaire Andrew ‘Twiggy’ Forrest, is planning to convert a former coal mine in US state of Washington into a green hydrogen production facility, using funds it hopes to win from the federal government’s $8bn H2 hub fund, the company said on Friday.

After signing a binding exclusivity agreement with site developers Industrial Park at TransAlta (IPAT), FFI has now launched a feasibility study into a plan to convert the Centralia coal mine, which closed in 2006, into a 300MW green hydrogen facility.

FFI is rumoured to be targeting production of 110 tonnes of green hydrogen a day from the plant, equal to 40,000 tonnes per year.

The fuel is earmarked for use in heavy transport, long-haul trucking, ports, aviation, and heavy industry, and FFI plans to staff the project with employees of the nearby Centralia coal-fired power plant, which is due to close in 2025.

Significantly, the project is expected to source power from a portfolio of grid-connected green energy, Recharge understands, rather than dedicated renewable power plants.

Two thirds of grid electricity in the state is sourced from hydropower, with a further 9% sourced from non-hydro renewables, mostly wind and biomass.

The abundance of hydroelectric power in Washington means that the state comfortably produces more electricity than it requires. Excess power production is currently exported to Canada, the western US and as far as Mexico via the Western Interconnection regional grid.

However, it also produces 12% of its power from natural gas, so would require renewable energy credits to ensure that the hydrogen produced using grid power was truly green.

FFI, which is working with a number of local stakeholders on the proposal, has also announced its intention to apply for a grant for the proposal under the $8bn US Department of Energy (DOE) Hydrogen Hub programme enacted in President Biden’s bipartisan infrastructure law last year, to support the development of a Pacific Northwest Hydrogen Hub.

Under the law, the DOE will allocate funds over 2022-26 to help establish at least four regional hub for “clean” hydrogen, including one each of the hydrogen colours – green (renewables), blue (gas with carbon capture) and pink (nuclear).

But the Australian firm and its partners will face stiff competition for the funds from several competing US regions, some of which have teamed up to vie for a slice of the cash.

In New England, four states have formed an alliance to create a regional green hydrogen hub: New York, Massachusetts, Connecticut and New Jersey, while in the Midwest, Colorado, New Mexico, Utah and Wyoming have joined forces to develop both blue and green hydrogen.

West Virginia, backed by coal millionaire and Democrat senator Joe Manchin, is gunning for funding for a blue hydrogen hub. A third alliance between Arkansas, Louisiana and Oklahoma appears to be working on a similar proposal.