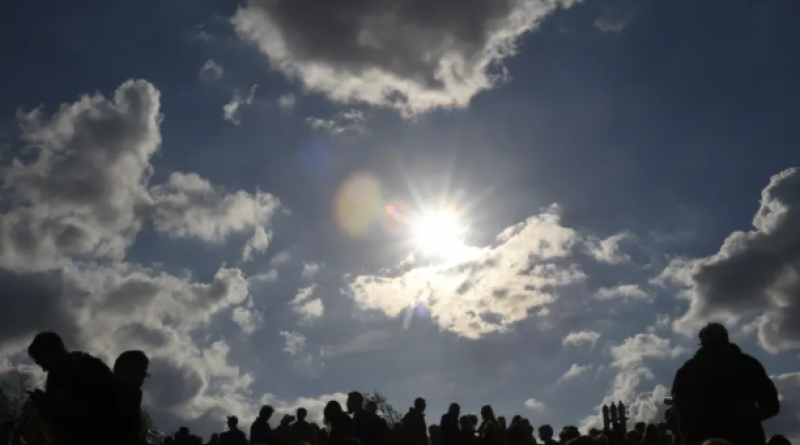 All around the world, people are experiencing more intense heatwaves and scorching temperatures every year. Scientists say there is a clear link between these periods of abnormally hot weather and rising greenhouse gas emissions.

Heatwaves from Japan to Europe to Australia have become more likely, intense and longer because of human-caused climate change, research shows.

Scientists warn that, if countries and companies do not take drastic action to slash their emissions, the world will experience more frequent, intense and dangerous heatwaves.

Climate change has likely doubled the probability of heatwaves, according to the Intergovernmental Panel on Climate Change (IPCC). Since 1998, the area of land that has been impacted by more than 30 heatwaves per year has doubled.

The impact is felt all around the world. Global temperatures have risen around 1.1C above the pre-industrial era over the last five years. In Europe they have increased almost 2C, according to the Copernicus Climate Change Service (CS3).

The continent experienced record-breaking temperatures in 2019, following a continuing trend of warming over four decades. 11 out of Europe’s 12 hottest years to date have all occurred since 2000.

The Arctic is warming three times faster than the global average. A record-breaking heatwave in Siberia last year would have been almost impossible without human-caused climate change, according to scientists.

Greenland’s ice sheet and the polar ice caps are melting six times faster than they were in the 1990s, according to analysis by 90 polar scientists. The high melt rate fits with the worst-case scenario outlined by the IPCC, which states that sea levels will rise 17cm without sweeping reductions in greenhouse gas emissions.

In 2016, a quarter of the world’s ocean surface experienced the longest and most intense marine heatwave on record. Scientists concluded that the event was up to 50 times more likely due to climate change.

“As summers grow hotter and hotter, we no longer need an El Niño event to trigger mass bleaching at the scale of the Great Barrier Reef,” lead researcher Professor Terry Hughes said, adding that the gap between bleaching events was shrinking, preventing a full recovery.

By mid-century, extreme heatwaves could become the norm, scientists have warned. Last month, the Met Office warned that there was more than a 40 per cent chance that the annual average global temperature will reach 1.5C above pre-industrial levels at some point in the next five years. This puts the world over the critical threshold which will precipitate the risk of extreme weather events and food shortages for hundreds of millions of people.

“We’re already locked into more warmth, so we will endure more intense and more frequent heatwaves,” Martin Siegert, co-director of the Grantham Institute for Climate Change at Imperial College London, told The Independent.

“Heatwaves will get much much worse unless we tackle the problem now. We have a short window to start making this happen, and we are not yet on the right path.”

Heatwaves have a severe impact on human health. Global warming from human activities caused more than a third of heat-related deaths around the world between 1991 and 2018, according to a study published in the journal Nature Climate Change this week.

Heat-related deaths in the UK are projected to treble by 2050 unless the government improves adaptation measures, a 2018 report by the environmental audit committee warned. Health experts said last week that the UK is failing to protect its vulnerable citizens from dangerous heatwaves, by not taking measures to keep houses and care homes cool.

Scientists have warned that increased summer heat in Tokyo, linked to climate change, could pose a serious risk to athletes taking part in the Olympics.

Tokyo’s average temperature has risen by 2.86C since 1900, more than three times as fast as the global average, according to a report by the British Association for Sustainable Sport (BASIS).

During the 2019 World Athletics Championship in Qatar, almost half the marathon-runners didn’t finish due to the intense heat and humidity, despite the race being run at midnight.