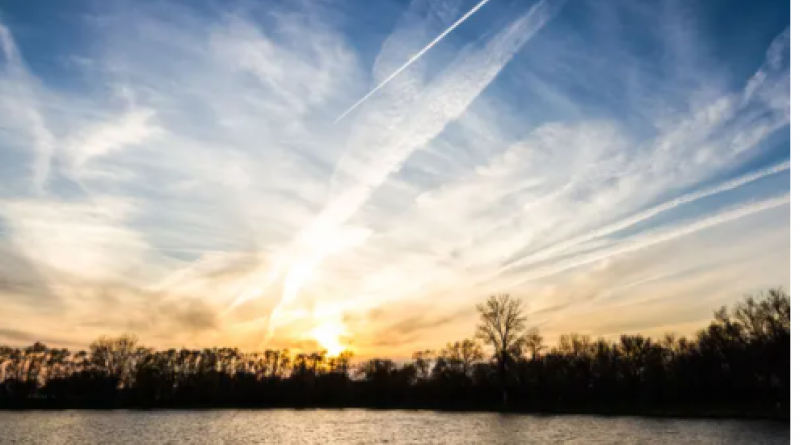 All options to fight climate crisis must be explored, says national academy, but critics fear side-effects.

The US should establish a multimillion-dollar research programme on solar geoengineering, according to the country’s national science academy.

In a report it recommends funding of $100m (£73m) to $200m over five years to better understand the feasibility of interventions to dim the sun, the risk of harmful unintended consequences and how such technology could be governed in an ethical way.

The National Academies of Sciences (NAS) said cutting fossil fuel emissions remained the most urgent and important action to tackle the climate crisis. But it said the worryingly slow progress on climate action meant all options needed to be understood.

Outdoor experiments should be allowed only if they provide critical knowledge that cannot be obtained by other means, said the report, and the research programme “should not be designed to advance future deployment of these interventions”. Harvard University is hoping to gain imminent approval from an independent committee for test flights, which are opposed by environmental groups.

The report considers three types of solar geoengineering to allow more heat to escape the Earth’s atmosphere: injecting tiny reflective particles into the stratosphere to block sunlight; using the particles to make low-lying clouds over the oceans more reflective; and thinning high-altitude cirrus clouds. Major volcanic eruptions are already known to cool the climate by pumping particles high into the atmosphere.

Proponents of geoengineering argue that impacts of global heating could be so great that every option to limit these must be explored. Opponents argue that such research increases the risk that such technologies could be deployed, perhaps by rogue states, instead of cutting emissions. Critics also warn that solar geoengineering could cause damage such as crop failures, and would need to be maintained to avoid a sudden hike in temperature, unless carbon emissions fall rapidly.

“Given the urgency of the climate crisis, solar geoengineering needs to be studied further,” said Prof Marcia McNutt, the president of the academy. “But just as with advances in fields such as artificial intelligence or gene editing, science needs to engage the public to ask not just can we, but should we?” She said questions of governance – who will decide to deploy this intervention and for how long – were as important as the scientific questions.

“The US solar geoengineering research programme should be all about helping society make more informed decisions,” said Prof Chris Field of Stanford University, who was chair of the committee that wrote the report. “Based on all of the evidence from social science, natural science, and technology, this research programme could either indicate that solar geoengineering should not be considered further, or conclude that it warrants additional effort.”

The report said: “A reasonable initial investment for this solar geoengineering research programme is within a range of $100-200m total over five years.” It said the programme would be a small fraction of the US budget for climate change research and should not shift the focus from other projects.

It said the programme should be designed to “move forward in a socially responsible manner” with researchers following a code of conduct, research catalogued in a public registry, and public engagement undertaken. Outdoor experiments should be subject to appropriate governance including impact assessments, said the report.

The academy said the programme should include scientific research on the possible climate outcomes of geoengineering and impacts on ecosystems and society. Social dimensions cited for research included “domestic and international conflict and cooperation” and “justice, ethics, and equity”.

Prof Gernot Wagner of New York University, whose research includes geoengineering, said: “The report’s focus on research and research governance is important for one simple reason: the current discussion is – and should be – all about research into solar geoengineering, certainly not about deploying the technology, where, if anything, a firm moratorium would be appropriate.”

“Solar geoengineering is an extremely risky and intrinsically unjust technological proposal that doesn’t address any of the causes of climate change,” said Silvia Ribeiro, Latin America director for the ETC campaign group. “The report asking for more research into a technology we don’t want is essentially flawed.”