Fears for a million livelihoods in Kenya and Tanzania as Mara River fish die out. 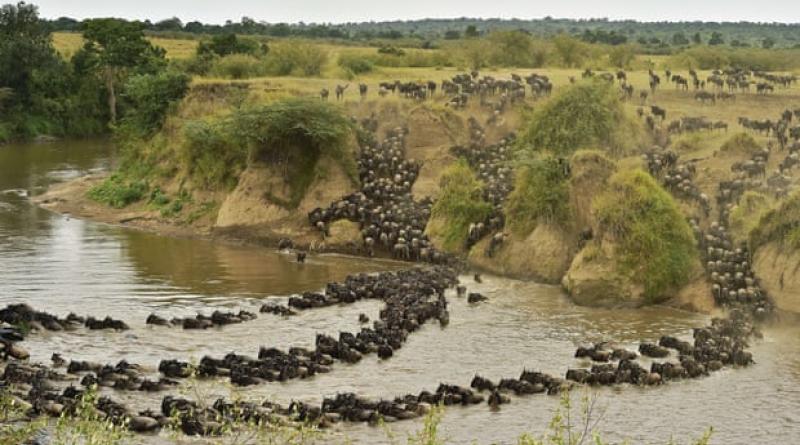 Water biodiversity is on the brink, with dire consequences for the region known for the zebra and wildebeest migration, says WWF.

Fish are being driven to extinction in the Mara River basin, putting the livelihoods of more than a million people in Kenya and Tanzania in jeopardy, according to WWF.

A report by the wildlife NGO details how farming, deforestation, mining, illegal fishing and invasive species could sound a death knell for the transboundary river.

At least 10 species – equivalent to 2% of total species – are on the International Union for Conservation of Nature list of threatened species. Three – the ningu, singida and Victoria tilapia – are “critically endangered”, threatened by the introduction of non-native fish such as the Nile perch.

The grey-crowned crane, Madagascar pond-heron and the killifish are “endangered” while the shoebill, and some crab and freshwater mussel species, are listed as “vulnerable”.

However, the report is expected to have underestimated the biodiversity of the area, with some species along the 395km-long river yet to be described.

“Due to a dearth of information much is still unknown: several aquatic species have not been seen for many years and may be extinct before they have been studied or described to the rest of the world,” says the report.

William Ojwang, WWF manager in charge of the African Rift lakes, said the health of the Mara River system was an indicator of how well the rest of the ecosystem is faring. “When something goes wrong with the environment, it is the small species in the water that get affected first. Therefore, driving such water biodiversity to the brink will have a cascading negative effect on the rest of the ecosystem,” says Ojwang.

The Mara basin (65% of which is in Kenya and 35% in Tanzania) covers 13,750 sq km (5,309 sq miles) and is home to the highest density of large herbivores on Earth. The area is known globally for the annual wildebeest and zebra migration, which brings in millions of dollars in tourism.

The Mara River is key to this spectacle, as it is the only source of water during the dry season and the only habitat for the Nile crocodiles that play predatory roles during the migration. “It has been estimated that if the wildebeests did not have access to the Mara River, 80% of the population could be lost,” says the report.

While the river’s flow has been erratic in recent years, human activities such as high levels of water abstraction for agriculture, hydroelectricity and tourism have been catalysts for rapid degradation.

The Mara basin is home to 1.1 million people, and the population is growing at a rate of 3% annually. With 62% of the inhabitants relying on the river for domestic use, agricultural activities will continue to suck the life out of the Mara.

Some activities along the basin have the potential to create conflicts between Kenya and Tanzania, the two east African countries that share this ecosystem.

Local media reports say the countries are at loggerheads over the construction of several dams within the Mara basin, some of which are earmarked for irrigation.

The increased demand for arable land has led to the deforestation of a large section of the Mau forest in Kenya, the source of the Mara River.

Reports show slower-growing indigenous trees continue to be logged for timber and charcoal, and are being replaced by exotic species, such as pine and eucalyptus, that now occupy 10% of the forest.