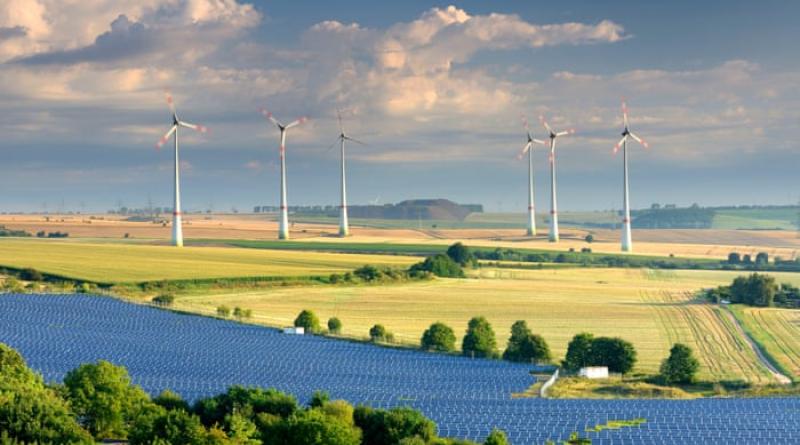 Climate change could be kept in check if a phaseout of all fossil fuel infrastructure were to begin immediately, according to research.

It shows that meeting the internationally agreed aspiration of keeping global warming to less than 1.5C above pre-industrial levels is still possible. The scientists say it is therefore the choices being made by global society, not physics, which is the obstacle to meeting the goal.

The study found that if all fossil fuel infrastructure – power plants, factories, vehicles, ships and planes – from now on are replaced by zero-carbon alternatives at the end of their useful lives, there is a 64% chance of staying under 1.5C.

In October, the Intergovernmental Panel on Climate Change said the difference between 1.5C of warming and the earlier international target of 2C was a significantly lower risk of drought, floods, heatwaves and poverty for hundreds of millions of people.

Christopher Smith, of the University of Leeds, who led the research, said: “It’s good news from a geophysical point of view. But on the other side of the coin, the [immediate fossil fuel phaseout] is really at the limit of what we could we possibly do. We are basically saying we can’t build anything now that emits fossil fuels.”

Nicholas Stern, of the London School of Economics, who was not part of the research team, said: “We are rapidly approaching the end of the age of fossil fuels. This study confirms that all new energy infrastructure must be sustainable from now on if we are to avoid locking in commitments to emissions that would lead to the world exceeding the goals of the Paris agreement.”

The study, published in the journal Nature Communications, used computer models to estimate by how much global temperatures would rise if a fossil fuel infrastructure phaseout began immediately. The lifespan for power plants was set at 40 years, cars an average of 15 years and planes 26 years. The work also assumes a rapid end to beef and dairy consumption, which is responsible for significant global emissions.

In this scenario, the models suggest carbon emissions would decline to zero over the next four decades and there would be a 66% chance of the global temperature rise remaining below 1.5C. If the phaseout does not begin until 2030, the chance is 33%.

The analysis did not include the possibility of tipping points such as the sudden release of huge volumes of methane from permafrost, which could spark runaway global warming.

The scientists accept their scenario is at the extreme end of ambition, but said it was important to know that meeting the 1.5C target was still physically possible and dependent on the choices made now and in the coming years. “The climate system is not stopping you [hitting the target], global society is stopping you,” Smith said.

Other work, using a different approach, has also shown that keeping within the 1.5C limit is possible if radical action is taken immediately. In some sectors, zero-carbon technology already exists, such as renewable energy. But in others, such as aviation, it does not. “Maybe the solution here is flying less,” Smith said.

Prof Dave Reay, of the University of Edinburgh, who also was not part of the research team, said: “Whether it’s drilling a new gas well, keeping an old coal power station open, or even buying a diesel car, the choices we make today will largely determine the climate pathways of tomorrow. The message of this new study is loud and clear: act now or see the last chance for a safer climate future ebb away.”

Smith’s personal belief is that global heating will surpass 1.5C. “We are going the right way, but I don’t think we will do enough, quickly enough. I think we are heading for 2C to 2.5C.”

But he added: “If you don’t have a goal, you are not going to get anywhere. If you have a target that is really hard to achieve and you miss it slightly, that is better than wandering aimlessly into a future climate that is no good for anybody.”