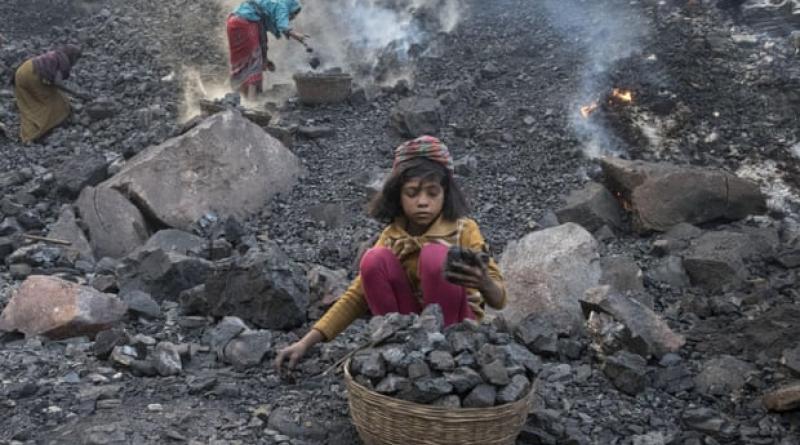 Narendra Modi’s dream of a ‘self-reliant India’ comes at a terrible price for its indigenous population.

Over the past decade, Umeshwar Singh Amra has witnessed his homeland descend into a battleground. The war being waged in Hasdeo Arand, a rich and biodiverse Indian forest, has pitted indigenous people, ancient trees, elephants and sloths against the might of bulldozers, trucks and hydraulic jacks, fighting with a single purpose: the extraction of coal.

Yet under a new “self-reliant India” plan by the prime minister, Narendra Modi, to boost the economy post-Covid-19 and reduce costly imports, 40 new coalfields in some of India’s most ecologically sensitive forests are to be opened up for commercial mining.

Among them are four huge blocks of Hasdeo Arand’s 420,000 acres of forest in the central Indian state of Chhattisgarh, which sit above an estimated 5bn tonnes of coal.

It marks a significant shift. The coal industry in India is state-owned, but this auction of 40 new coal blocks will see the creation of a privatised, commercial coal sector in India. Among those bidding for it are India’s rich and powerful industrial giants, including the $14bn (£11bn) Adani group run by the Indian billionaire Gautam Adani, who operates India’s largest coal power plants and has close ties to Modi.

The coal auction has already proved controversial at both the local and political level. At least seven of the coal blocks up for auction were previously deemed “no go” areas for mining due to their environmentally valuable status and about 80% of the blocks are home to indigenous communities and thick forest cover. Four state governments – West Bengal, Maharashtra, Jharkhand and Chhattisgarh – have written to Modi in opposition or raised legal objections to the auction, and one coal block, which overlapped with the Tadoba tiger reserve in Maharashtra, has already been removed.

Amra, who is an Adivasi, a term used to describe India’s indigenous people, was one of nine local sarpanchs – village leaders – who recently wrote to Modi demanding a stop to the auction in Hasdeo Arand. He said: “If the government gave me the option to give up my life in exchange for no more mining happening in the forest, I would do it in a second.”

Amra has seen first-hand the environmental devastation wreaked by open-cast coal mines. In 2011, two vast open-cast mines were excavated on the forest’s peripheries, ripping up the fragile land and filling the surroundings with pollution, smoke, heat, noise and poison. Crime rose drastically in the area and the elephants that lived in the forest, disoriented by the new hostile conditions, became aggressive, leading to dozens of deaths.

The prospect of more significant blocks of the forest, the largest in India, being handed over to private mining operations was more than Amra could bear. Five villages will be destroyed and more than 6,000 mainly indigenous people displaced, as well as thousands of hectares of trees, torn down for mines and roads.

“If more mining happens everything will change; the natural resources will be gone, our way of life will disappear, everything will be under threat,” he said. “We are tribal people, we cannot go out and live in the cities and no amount of money can ever compensate us. There is no forest like this in the world – cut it down and it can never be replaced.”

While across the world governments have geared towards a “green recovery” post Covid-19 – the United Nations secretary general, António Guterres, said recently there was “no good reason for any country to include coal” in recovery plans – India is putting fossil fuel at the forefront of its strategy to turn the pandemic into economic opportunity.

“Why cannot India be the world’s largest exporter of coal?” asked Modi as he announced the coal auction project.

Yet with its 45% ash content, making it some of the most polluting coal in the world, there is unlikely to be an international market for Indian coal. In addition, many major factories in India cannot run on “dirty” domestic coal, meaning they will still need to import it from abroad.

There is also a question of necessity. While India is the world’s second largest consumer of coal, and annually imports 247m tonnes, costing more than $20bn (£15bn), India’s electricity demand is forecast to fall by up to 15% over the next five years due to the economic reverberations of Covid-19. Meanwhile, a report this week by the Centre for Research on Energy and Clean Air concluded that the current state-run coal mines of India already have capacity to produce 20% more coal than the expected demand in 2030.

Environmental activists also question why India cannot be weaned off foreign coal through a gradual increase in investment in domestic renewable energy, such as solar. This month, Modi inaugurated Asia’s largest solar farm in the state of Madhya Pradesh. India is the world’s cheapest producer of solar power and the cost of constructing a new solar plant is 14% less than that of a building a new coal plant. With proper investment, it has been estimated that the solar energy industry could generate as many as 1.6m jobs in India by 2022, far more than would be generated by domestic coal.

But India’s joint secretary for coal, Maddirala Nagaraju, said that all the country’s projections showed that demand for coal would increase and insisted that increased domestic coalmining was the “cheapest way of meeting the energy needs of the people”.

“We are the country with the fourth largest coal reserves in the world and we need to provide energy security for over a billion people: coal is the only way,” said Nagaraju. He conceded that there would be “costly trade-offs” in opening up protected forest areas for mining, but said this had the support of local communities who “want the land to be acquired because they get high compensation packages”.

He added: “Yes, some people have objected, but the mining will bring a lot of development, employment and money to these areas. How else will we develop these Adivasi people in central India?”

Among the prominent opponents to the project is the former environment minister, Jairan Ramesh, who also wrote a letter to Modi condemning coal auctions. It was during his time in office that a survey was carried out in 2010 on India’s biggest coalfields and determined that 30% were “no-go areas” due to their biodiversity or resident tiger or elephant populations. Yet since Modi came to power in 2014, that 30% has been reduced to about 5%.

Ramesh alleged this was a direct result of pressure from the powerful corporate coal lobby, Adani in particular. The Adani group is contracted to operate two of the mines currently open in Hasdeo Arand, and has been pushing to expand mining operations in the forest for years, even reportedly offering microloans to local tribal people in order to win their support.

“Adani is behind this,” claims Ramesh. “He is one of the most influential forces on the government.”

“Modi poses as a great environmental champion globally but his track record is one of complete loosening of environmental laws and regulations,” Ramesh added. “The corporate lobbies are just too powerful and in the name of ease for businesses, environment has become the biggest casualty.”

The Adani group rejected the allegations as baseless and politically motivated. A spokesperson said the company: “Has always strived to provide balanced and affordable energy supply to an energy-deprived population of 1.3 billion people whose per capita energy consumption is less than half the world’s average and almost one-tenth of many of the developed economies.

“The Adani Group has been a leading contributor to India’s vision for a balanced energy mix and an enabler of India’s leadership in meeting its [Paris agreement on climate change] target.”

It said it aimed to become the world’s largest renewable energy company by 2025.

Who would still fund a new coal power plant in India?